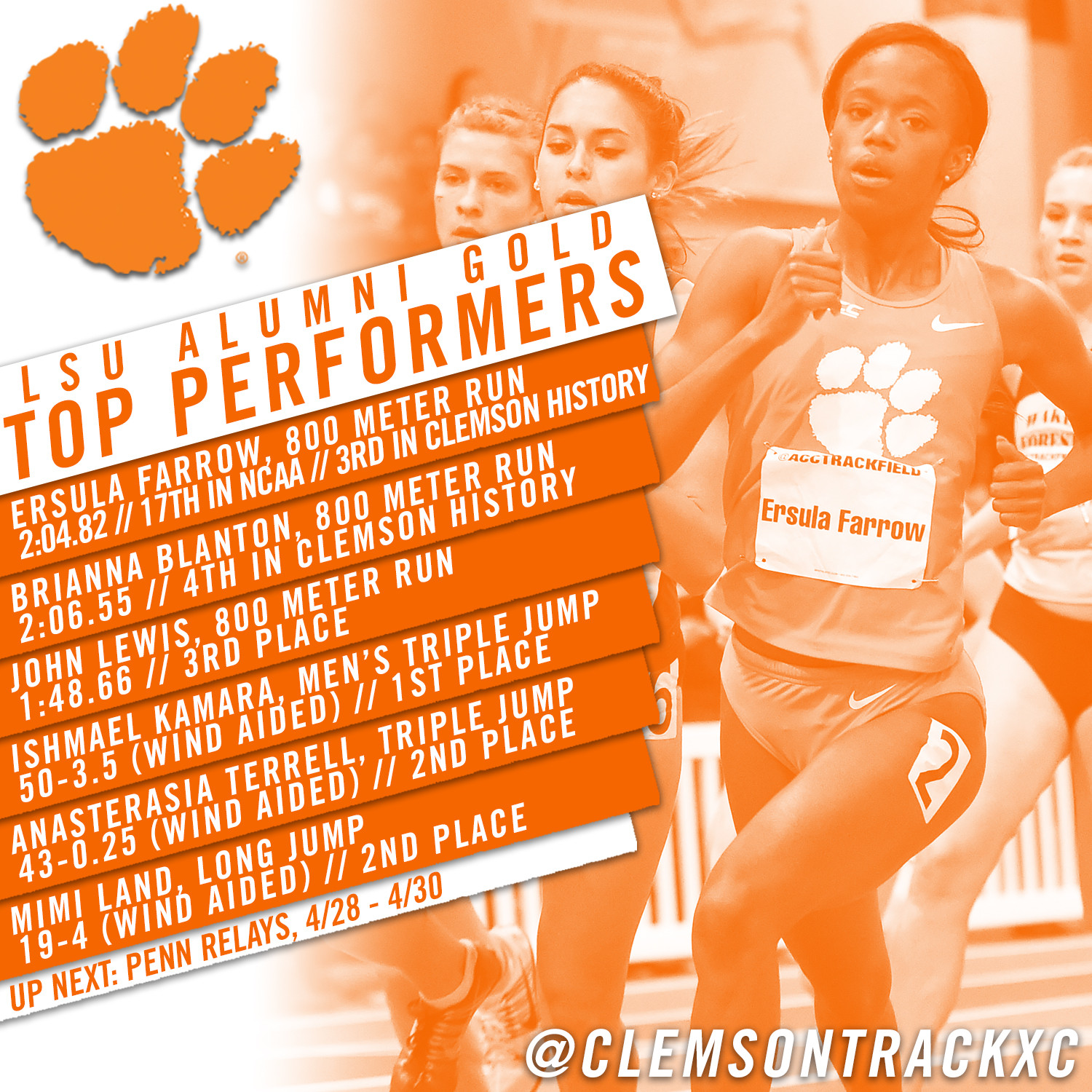 Clemson Fires On All Cylinders In Baton Rouge

Two weeks ago, Farrow registered the third fastest time in program history when she finished the 800 meter run in 2:06.38. Today, the freshman bettered the third best time in Clemson history by nearly two full seconds with her 2:04.82, placing her fifth in the race behind LSU’s Morgan Schuetz and three professionals. The time currently ranks her 17th in the nation.

In sixth place, Blanton climbed the all-time list to fourth with her 2:06.55. The redshirt senior has now run a personal best in each of the five meets she has competed in this season. Tanisha Coppin wasn’t far behind in eighth place at 2:08.78.

Tevin Hester and Justin Johnson both thrived on the track for the men as well as Hester ran the 100 meter dash in a wind-aided 10.22 to take fourth place. Johnson finished the 110 meter hurdles in a season best 13.87 to take fifth place.

Mimi Land finished with a pair of season-bests in the field, kicking off the day with a 19-4 in the long jump to take second place. She later leaped 5-10.75 in the high jump to take third. Anasterasia Terrell saved her best effort for the final jump of the day, leaping a wind-aided 43-0.25 to take second place. Ishmael Kamara won the men’s triple jump with a wind-aided, season-best 50-3.5.

Next week the Tigers will compete in perhaps the most prestigious event in all of track and field as they will head to Philadelphia for the Penn Relays. The meet is set to take place from April 28 through April 30.