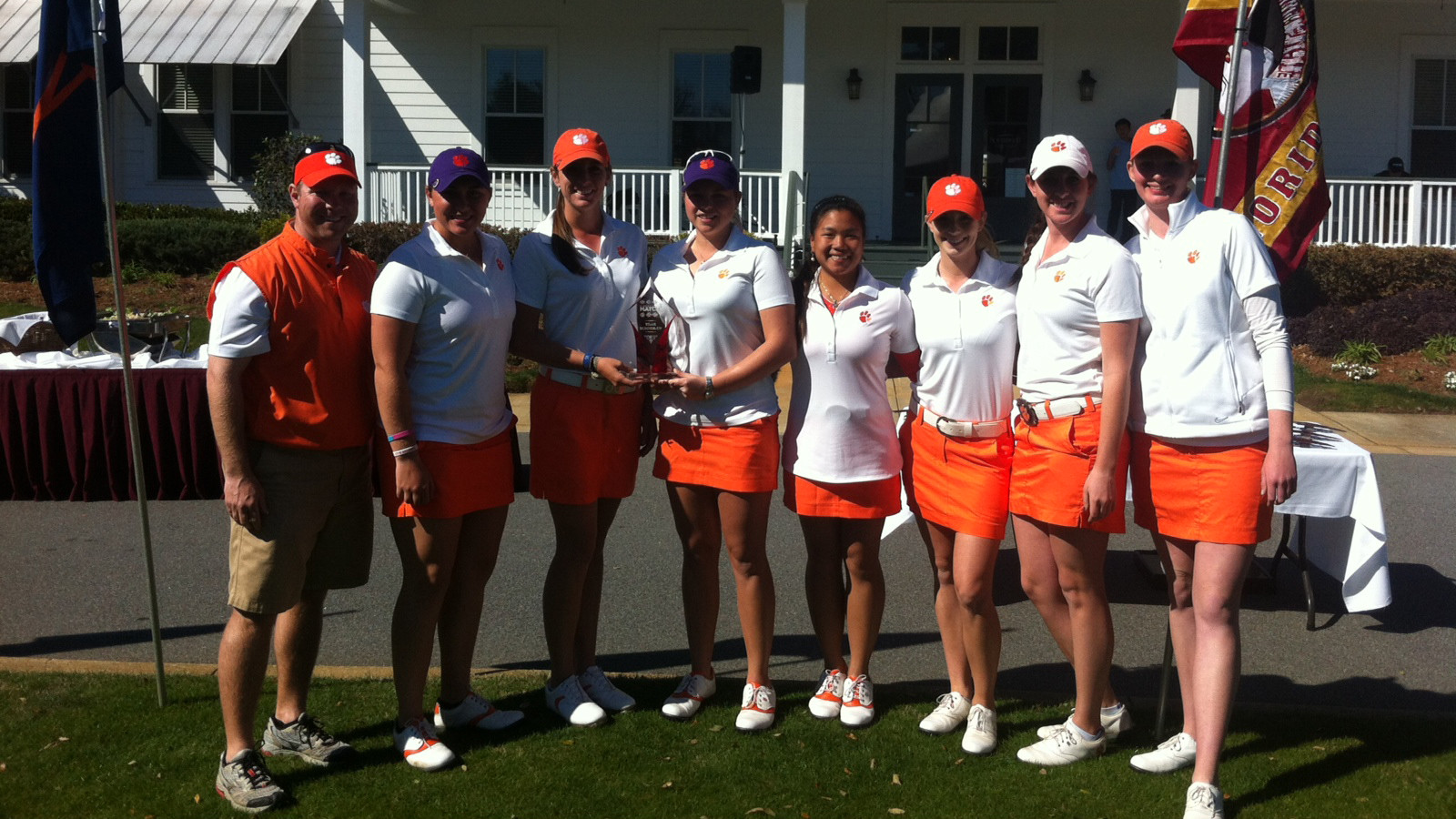 TALLAHASSEE, FL – Ashlan Ramsey, McKenzie Talbert and Lauren Salazar all finished in the top seven individually to lead Clemson to a second-place finish at the Florida State Match-Up at Southwood Country Club in Tallahassee, FL on Sunday.

It was the third second-place finish out of five tournaments so far this year for Clemson’s first-year program. The 11th ranked Tigers of J.T. Horton now have a 67-9-2 record against the opposition in the five tournaments combined.

Clemson and Virginia combined to win the Match-Up formatted portion of the event.  The two ACC schools combined for 1092 team strokes to beat the team of South Carolina and Mississippi State by two shots.

“I was proud that all five of our players scored well today,” said  Horton.  “We look forward to continuing that this spring.  McKenzie and Lauren did not have a bogey all day.  That is playing good golf.  They were five under par between them.

“This was another strong performance.  If we keep getting in the mix on the final day, the victory will come. I am also proud to join the University of Virginia in winning the Match-Up competition.  It was a good win for the ACC.”

Three Clemson women posted or tied their best round of the year on Sunday as the Tigers shot a 284 team score, best in the field of 11 teams that included six schools from ACC or SEC institutions.   Talbert led the way with a three-under-par 69, her first round in the 60s as a Tiger.  Salazar scored a two-under-par 70 for her low round of the year, while Jessica Hoang tied her best with a 73.

In some ways it was Clemson’s best team round of the year as all five players shot 73 or better, the first time the Tigers have done that this year.

Clemson had the low team round each of the last two days, but South Carolina won the tournament by two shots with an 871 score.  Clemson was second at nine-over par 873 and host school Florida State was third at 881, 17-over-par.

Ashlan Ramsey shot an even-par 72 on Sunday and finished third for the 54 holes with a 214 score, two-under-par.  It was Ramsey’s fourth top-three finish of the year and she is now 17-under-par for the year for her 15 rounds.

Talbert had a near flawless round in scoring her three-under-par 69.  The freshman from Edgefield, SC had three birdies and 15 pars in establishing her career best round.  She finished  sixth in the field of 60 golfers with an even-par 216 for the tournament.

Salazar also went the entire 18 holes on Sunday without a bogey and she has a streak of 25 consecutive holes without a bogey entering Clemson’s next tournament in March.  The native of California was the most improved Clemson player over the course of the tournament as she improved from a 77 in the first round to even par 72 in the second to the season best 70 in the third round.  Salazar finished seventh individually, her first career top 10.

Sloan Shanahan had her fifth consecutive top 20 finish with a 224 score for the 54 holes, good enough for 16th place.  She had a 73 on Sunday that included a birdie on the first hole, her 17th hole of the day.

Hoang had her best round since her first round of the year back in September when she also shot a 73.  The freshman from  North Augusta, GA made birdie on two of her first four holes and finished with three birdies on the day.

Red-shirt freshman Taylor Ramsey played as an individual and shot a six over par  78 on Sunday to finish with a 236 score, her best 54-hole score of the year.