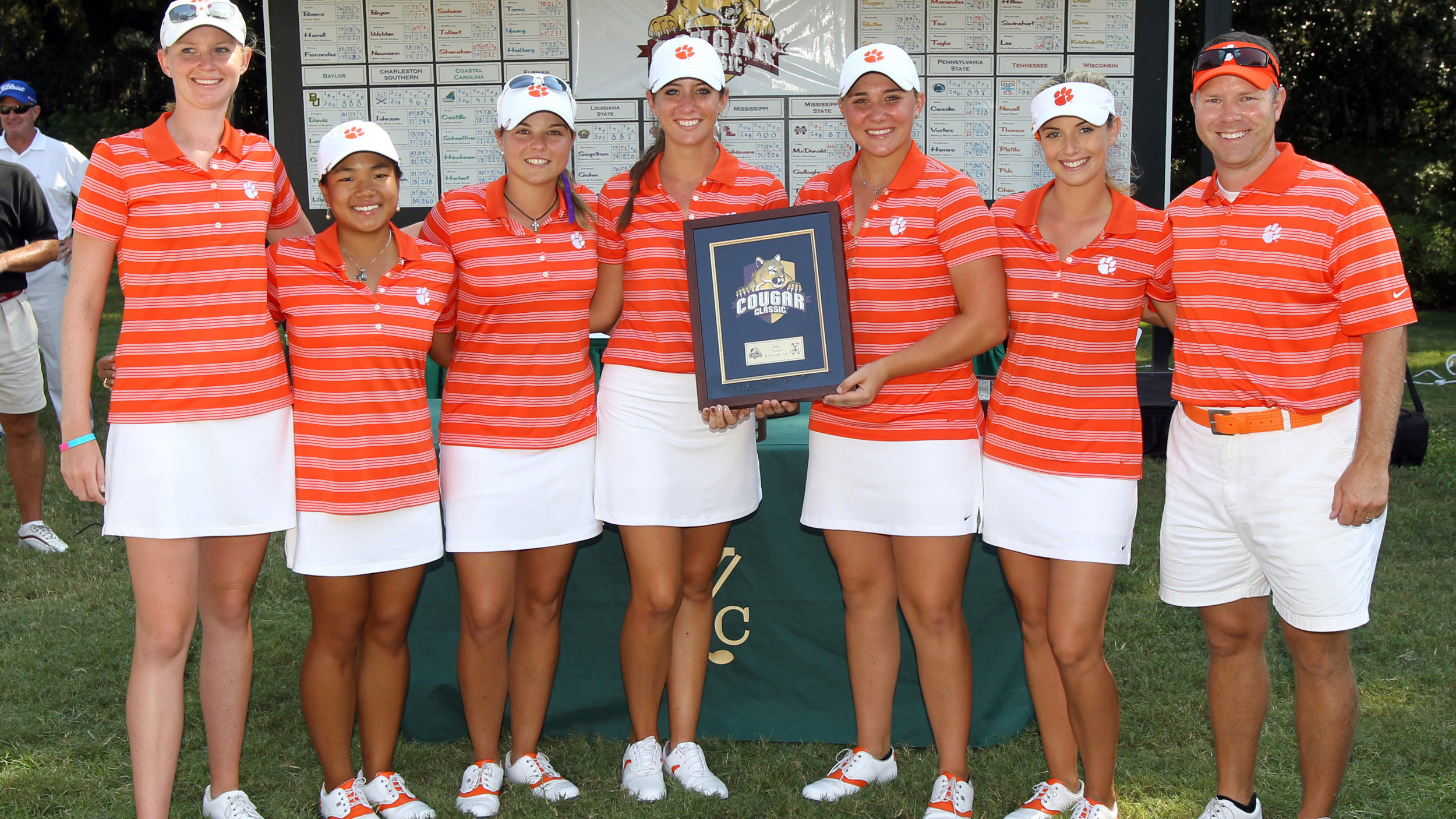 Clemson Finishes Second at Cougar Classic by One Shot

CLEMSON, SC – Ashlan Ramsey and Sloan Shanahan tied for second with four-under par scores of 212 to lead the Clemson women’s golf team to a second-place finish at he 11th annual Cougar Classic on Tuesday. The 20-team event was played at Yeamans Hall in Hanahan, SC.

Clemson finished just one shot behind champion Florida, who had a seven under par 281 team round on Tuesday, the low team round of the tournament. It was an outstanding tournament performance for Coach J.T. Horton‘s team, who was playing in its inaugural event as a program.

The 20-team field included five teams that finished in the top 25 at the NCAA national tournament last year and 12 teams that played in the NCAA regionals a year ago.

Florida was first with an 859 total, followed by Clemson at 860. Host school College of Charleston was third at 861 and NC State was fourth at 863. Mississippi State, who had the lead at the end of the first day, was fifth at 871. South Carolina was in sixth place at 872, while Wake Forest was seventh at 879. Auburn, the number-six team in the nation last year, finished eighth at 881.

Florida made an amazing comeback over the course of the tournament. The Gators shot a 291 in the first round and stood in eighth place as a team.

Ramsey had a round of 71 on Tuesday, the best by a Tiger, and finished in a tie for second at 212. Ramsey and Mary Chandler Bryan of College of Charleston were the only two players in the field to shoot par or better for each of the three rounds.

Florida’s Anna Young shot a 67 on Tuesday, the low round of the day, to finish as medalist at 211, one shot ahead of Ramsey and Shanahan. Shanahan shot a 74 on Tuesday after rounds of 69 in each of the first two rounds, to tie Ramsey for second.

Shanahan and Ramsey both had 13 birdies for the 54 hole tournament, tied for third best in the field. Ramsey played the par fives at seven under par, tied for second best in he field. Lauren Salazar was Clemson’s third top 20 player for the event with a 218 score and 19th place finish after a 75 on Tuesday. She played the par three holes at even par for the tournament, best among the Tigers.

McKenzie Talbert, who had her second eagle of the tournament on Tuesday, was Clemson’s second best player on Tuesday with a 73. She was the only player in the field with two eagles in the tournament and had 40 pars, tied for third best. She finished at 221, good enough for 37th. Jessica Hoang shot a 77 on Tuesday to finish at 227.