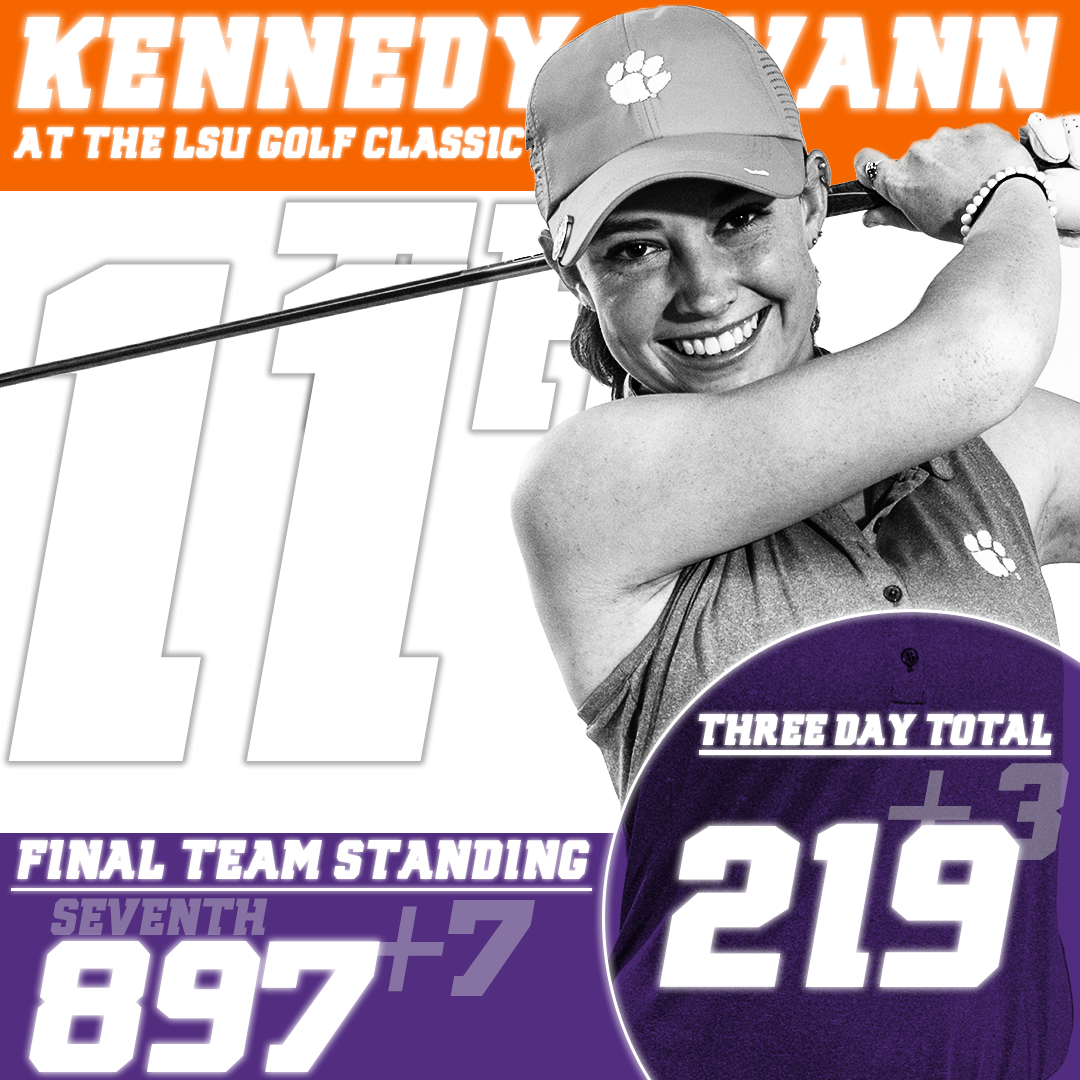 Clemson, S.C.—Freshman Kennedy Swann shot a one under par 71 on Sunday to lead Clemson to a tie for seventh place at the LSU Tiger Golf Classic at the University Club in Baton Rouge, Louisiana.

Clemson finished in a tie with SMU with an 897 team score for the 54-hole event. The 15 teams played 36 holes on Friday, then sat out Saturday as a storm went through the area. Clemson had a 295 team score on Sunday, its best round of the tournament.

Swann, a freshman who entered Clemson in January, had four birdies and three bogeys on Sunday, but played her last ten holes at two-under-par.   It was her third top 25 finish in four events, and her 11th place finish was her best as a Tiger.

Sophomore Alice Hewson was Clemson’s second best player over the course of the event with a 221 score, including a 73 on Sunday, giving her a 21st place finish. She finished the tournament with a team-best ten birdies and played the par five holes at five-under par.

Ana Paula Valdes shot and even par 72 on Sunday thanks to two birdies, two bogeys, and 14 pars. She finished with 36 pars for the tournament to lead Clemson in that category, and her 224 score was good for 29th place.

Jessica Hoang shot a 79 on Sunday and had a 234 score for the three rounds, while freshman Ashley Czarnecki, playing in her first career tournament for Clemson, finished with a 236 score and also had a 79 on Sunday,

Kelley Hester’s team will be in action next weekend when they play host to the Clemson Invitational at The Reserve at Lake Keowee in Sunset, S.C. Admission is free.