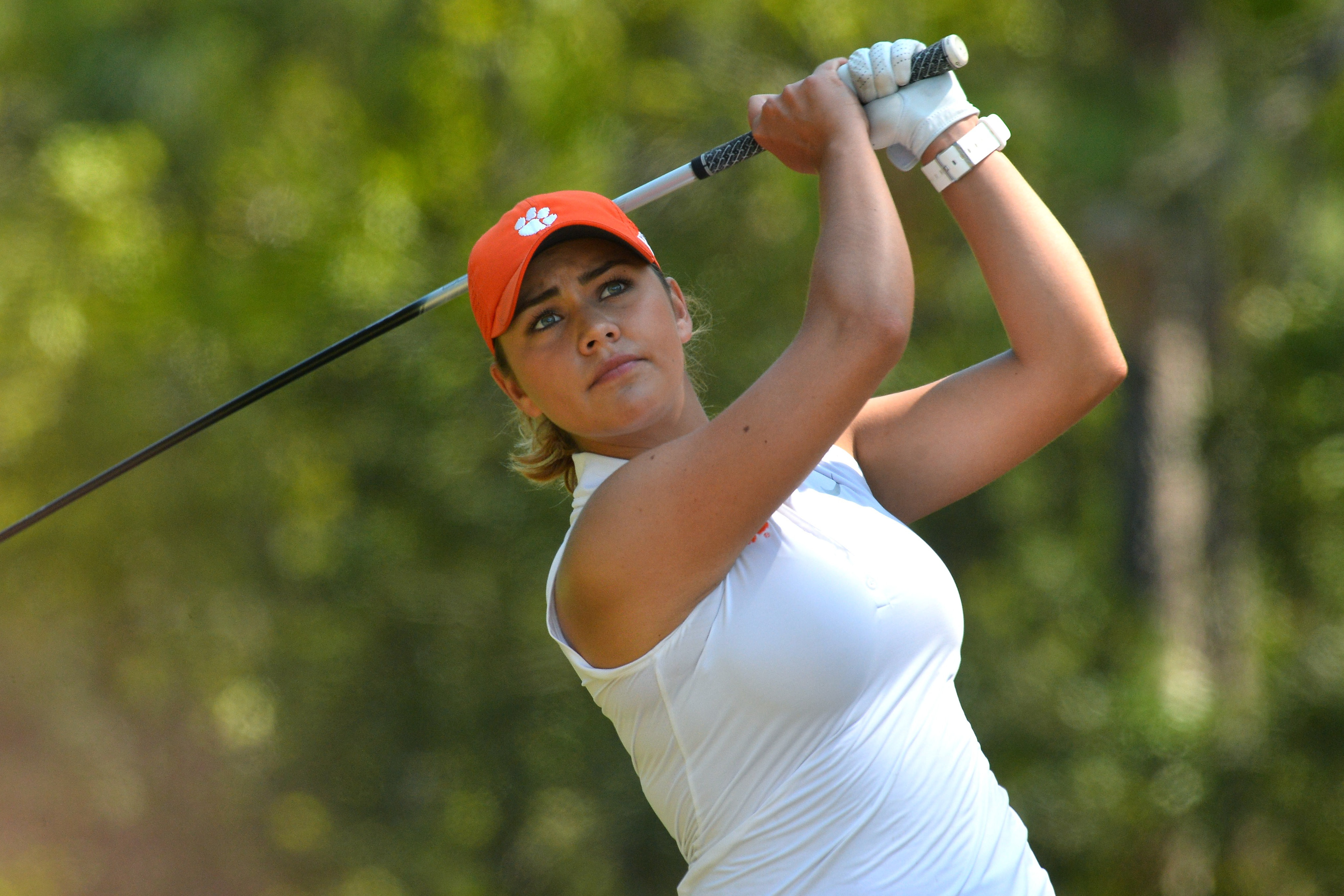 Clemson, S.C.—Alice Hewson made an eagle three on her final hole of the year to bring Clemson to a tie with fifth-ranked Florida State for 20th place in the final round of stroke play at the 2017 NCAA National Women’s Golf Tournament at Rich Harvest Farms in Sugar Grove, Illinois on Monday.

“This season was a great learning experience for a young team,” said Hester, who coached Furman to a No. 20 finish at the NCAA Tournament last year and is the first coach to take four different schools to the NCAA National Tournament

“If you would have told me at the beginning of the season that we were going to finish 20th at the NCAA National Tournament I would have taken that.   We have everyone that played in this tournament back next year, and I am excited about the future of the program.”

Clemson finished with a 21-over par score of 309 on Monday to finish with a 944 team total for three days. The top eight teams after today’s third round of stroke play advance to the match play championship tournament on Tuesday.

Ana Paula Valdes was Clemson’s top player on Monday with a four over par 76, tied for the top round by a Clemson golfer in the national tournament. Valdes made bogeys on three of her first four holes, then played the next 10 holes at four under par. But the freshman made a quadruple bogey eight on the 17th hole, the most difficult hole of the day for most of the golfers. Florida State’s team played the hole at 10 over par, allowing Clemson to catch them at the end for a tie for 20th place.

Hewson shot a five over par 77 in the final round to finish with a 236 score for the 54 holes. She scored her second eagle of the year thanks to a perfect drive that left her 186 yards from the hole. She hit a six iron to within 29 yards of the hole, then chipped in with a 56-degree wedge.

The sophomore first-team All-ACC player finished the year with a 72.39 stroke average, best in Clemson history. She had just one birdie at the NCAA Championship, but her 111 for the year set a Clemson record.

Marisa Messana, who began the week by receiving the Elite 90 Award as the top student-athlete participating at the NCAA National Tournament, finished with a 77 on Monday thanks to a birdie on the final hole. She was Clemson’s best golfer over the last 36 holes with a 153 score and she led the team in birdies for the tournament with six.