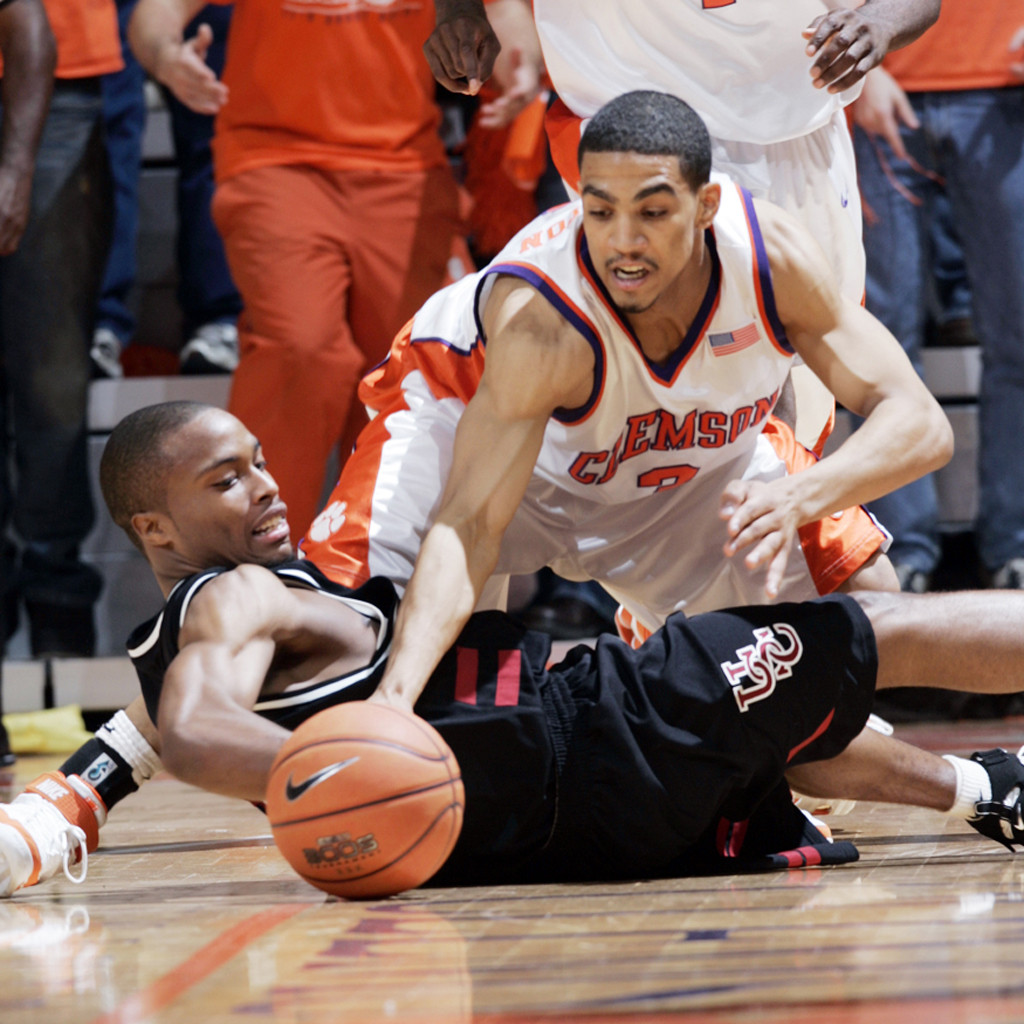 Clemson’s career record-holder for steals, Vernon Hamilton, returned home this week. A four-year starter for the Tigers at point guard (2003-07), he was named a graduate manager on Brad Brownell’s staff Monday. Hamilton really hits the ground running next week, when fall skill workouts start for the Tigers.

I was able to catch up with the 2006 All-ACC Defensive Team selection Friday for a question-and-answer session. In it, he discussed the factors that led to his return, the Clemson Family, his growth as a Tiger, and memories of his time as a player at Clemson and in Littlejohn Coliseum. I even managed to evoke the painstaking memory of the final seconds of the 2007 Duke game that ended in controversy.

Ultimately, what brought you back?

“I always felt so accepted and welcomed here. The entire support the basketball program has is tremendous. I would come back for alumni events occasionally and every time I came back, I knew I wanted to be here.”

You have no ties to the current coaching staff, what has it been like building relationships with them?

“In the little bit of time I did spend with the coaches, they seemed so genuine. Between their work ethic and the direction you can see Coach Brownell taking the program — everything from his Xs and Os to his leadership — I just thought I could benefit greatly from it. If coaching was indeed something I wanted to do, I knew he’d be a great person to learn under.”

Clemson Family obviously takes on a special meaning to many people. What does the term mean to you?

“It feels like we all are one, we’re together. We support each other. I’ve always been told by people, well after graduation, that if there’s anything they could do to help, they would. When people provide those types of services, it makes you feel like they’re family.”

How would you characterize your growth on and off the court during your time at Clemson?

“To have four years of experience playing at the ACC level, and then to be fortunate enough to continue playing professionally, helped me gain so much knowledge. It helped me learn what it takes to be a leader, and to know the amount of time required to be successful. Those are all things I hope to carry on and instill in our current players. Those four years went by very fast, and you have to make the most of every opportunity you get to be on that court. It’s a privilege to play at Clemson and in the ACC.”

Do you have three or four moments that still stand out in your mind from your playing career?

“The first memory that always comes to mind was from my sophomore year. We lost at Virginia Tech and came back and had them at home on our Senior Day. Sharrod (Ford) had that dunk at the buzzer to win the game. That was a big step for us. Being the last undefeated team in college basketball my senior year, going 17-0, is something I’ll never forget. I remember the heartbreakers, too, like tying the game at Duke in 2007. Unfortunately, they were able to go down and score to get the win. But these were the happiest days I’ve ever had in my life playing basketball. We had some great times. We had the students behind us, and it made it an amazing place to play.”

What made Littlejohn Coliseum such a tough place to play?

“It changes the dynamic of everything. When you walk out onto the court into a sea of orange and see how crazy the fans are, it’s a very tough environment. The students are looking down on you, so it presents a challenge to opposing teams.”

What can this year’s team, and this program overall, accomplish?

“I have had the opportunity to see the incoming guys play a couple of pickup games. The coaches have done a good job getting more talent into the program. Those guys are young, but have a very bright future. Last season, we were probably a game or two away from making the NCAA Tournament. Even with the loss of an All-ACC player and NBA Draft pick in K.J. McDaniels, there is still a lot of upside and potential in so many guys. It’s a good time for us, and I think the future of the program is bright. Each year, we get better recruits. Ultimately, I believe that will lead to us back to the NCAA Tournament.”