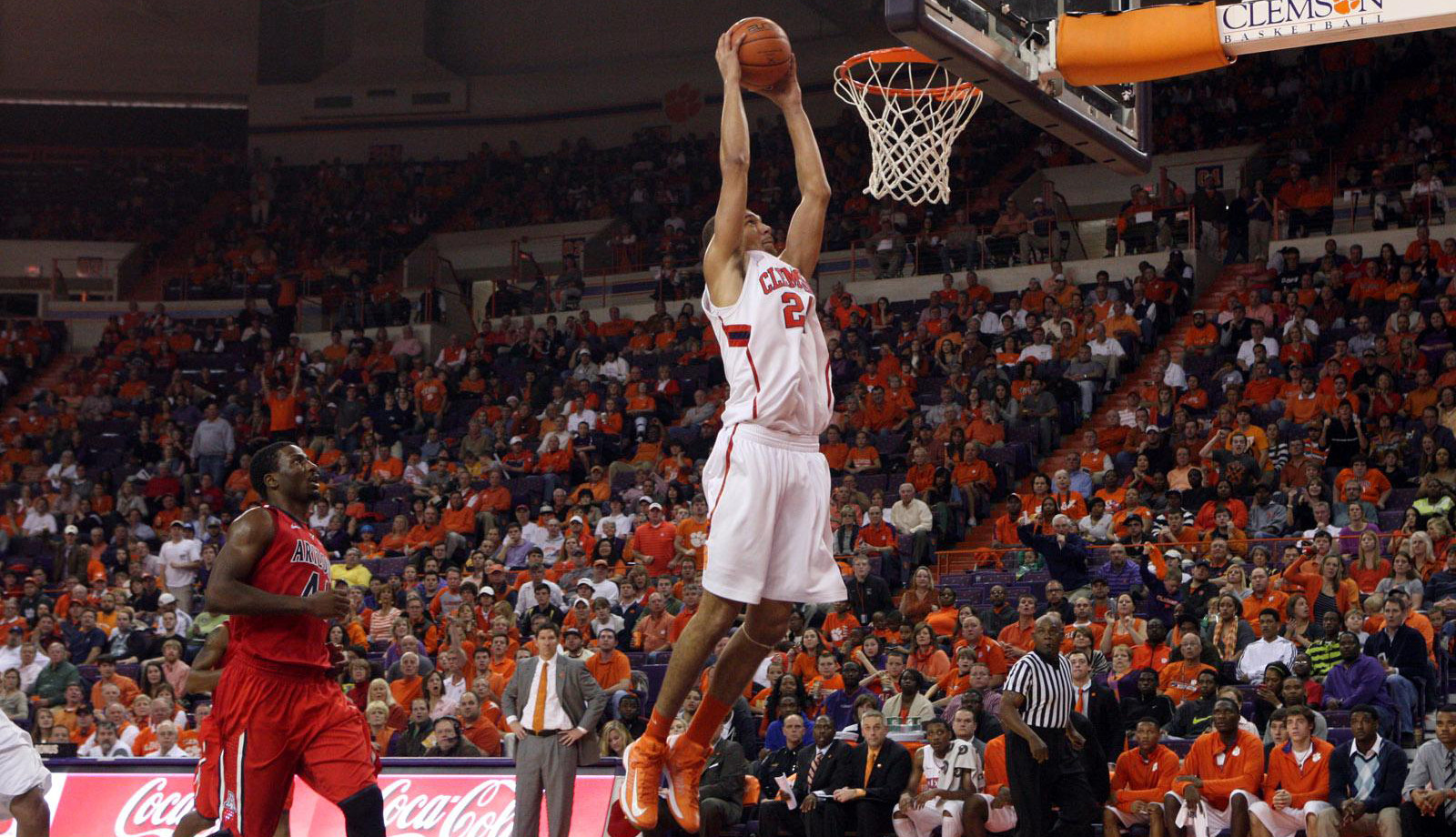 CLEMSON, SC – Clemson went toe-to-toe with No. 8 Arizona in Littlejohn Coliseum on Saturday, but saw a six-point second half lead slip away as the Wildcats were strong down the stretch in a 66-54 victory. The Tigers, playing a non-conference ranked team for the first time since 2000, were up 44-38 with 11:28 to play. Arizona ended the game by outscoring Clemson 28-10 from that point of the game.

Clemson had three players in double figures, led by Milton Jennings with 15. The 6-foot-9 senior returned from a two-game suspension to make 5-of-7 shots, including 3-of-4 from deep. K.J. McDaniels added 13 points, while Adonis Filer chipped in with 10. McDaniels had four of Clemson’s 12 blocked shots, while senior Devin Booker led the way with a career-high five swats. The 12 blocks were a program-high under third-year Head Coach Brad Brownell.

The first half featured a strong run to start the game by the Wildcats. Arizona led 12-4 less than seven minutes into the game on a layup by Kaleb Tarczewski. The lead would grow to as much as 14 points after Mark Lyons scored five straight points to push Arizona into a 22-8 edge with 8:53 remaining. Clemson gathered itself and ended the remainder of the opening half on a 16-6 run. McDaniels punctuated the run with 35 seconds left when he flew in for a follow slam to ignite the crowd of 8,509 in Littlejohn.

Clemson tied it up at the 16:16 mark in the second half when Filer drove the length of the floor for a layup and was fouled, making the free throw to knot the game at 35 apiece. Three minutes later, Clemson took its first lead 37-36 on a driving layup from the left side of the lane by point guard Rod Hall. The lead grew to 42-36 when Hall’s three as the shot clock expired went in from the right wing.

After a high-arching banked shot from McDaniels with 11:28 to play, Clemson made only one shot (a Jennings three) over the next seven and a half minutes. Arizona put together a 30-7 run over eight minutes and 14 seconds of game time to shut the door on the Tigers’ upset bid.

The Tigers take a week off due to final exams, and return to action on Saturday, Dec. 15 to play Florida A&M. The game will tip off at 7:00 PM in Littlejohn Coliseum.