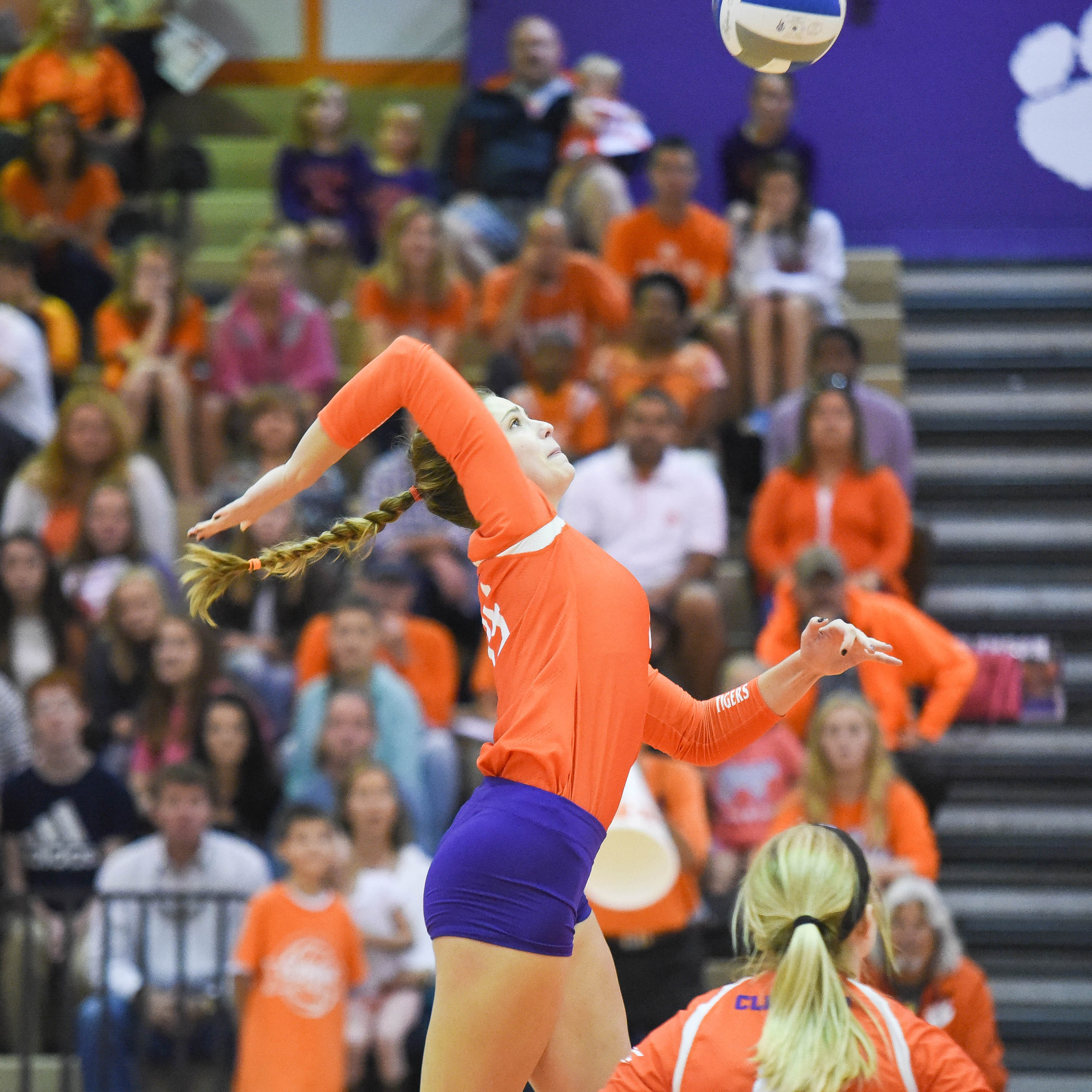 Clemson Falters In The Fifth To Notre Dame

After falling behind 2-0 in the match, Clemson fought with its back against the wall to win the next two sets 25-22 and 25-19 to force a fifth.

“After the second set we went into the break really confident that we could still win the match,” said head coach Hugh Hernesman. “It’s difficult for a young team to go down, 0-2 and still believe because you just see the end of the tunnel, you try to fight that and mentally that’s pretty difficult.”

“So for us to come back and win those next two, I think they really believed they were going to do that. I felt that they would. I believe in this team, I know they can do those things and to do that against a team that was putting a lot of pressure on us, that’s a positive that you can take from the match.”

The Fighting Irish prevailed 15-13 in the fifth after the official decided a service ace by Kennedy Wilson-Talmadge should be replayed due to a line judge not getting out of the way as the ball ricocheted off of a Notre Dame defender. The redo resulted in a point for the Irish.

“The fifth set we battle like crazy. We just couldn’t catch a break early in the fifth set. Regardless we were down 14-9 and we brought it back and had a chance of tying it up.”

“We talk to our team about making the little plays and how the little plays make a huge difference and those made a difference for them … Give credit to (Maddie) Plumlee for taking those big swings because after you get blocked twice in a row. I think a lot of people are going to tip or roll the next one and if she does that then we probably score in transition but boy, she was aggressive and that’s how you win a fifth set. You just have to tip your cap, know that we played well, just not quite well enough.”

In the middle, Megan McGinley was the one to deny Plumlee twice down the stretch, finishing with a career high six blocks with eight kills in the match. Sofia Hruby was efficient again for a .312 hitting percentage with eight kills on 16 swings and just three errors.

Kailey Harvell matched the middles with eight kills while registering a career best 12 digs. The effort marks the first match of her career with double-figure digs. Sydney Moseley finished with six kills and as many digs to go along with her two service aces.

Kate Federico also registered a career high in digs with 19 on the night to complement her four kills on seven errorless swings. She also tallied 36 assists with a service ace and three blocks. The effort marks her eighth double-double this season and her 11th match with 30 assists or more.

Keelie Arneson bolstered the back row once again, as she managed to dig 21 balls after her pregame ceremony, honoring her career milestone of breaking into the NCAA’s list of top 25 all-time career dig leaders. Her 21 digs give the active career digs leader 2,439 in her career, placing her 18th all-time in NCAA history.

The Tigers are back in action on Sunday in Jervey Gym against Louisville at 1:00 p.m.