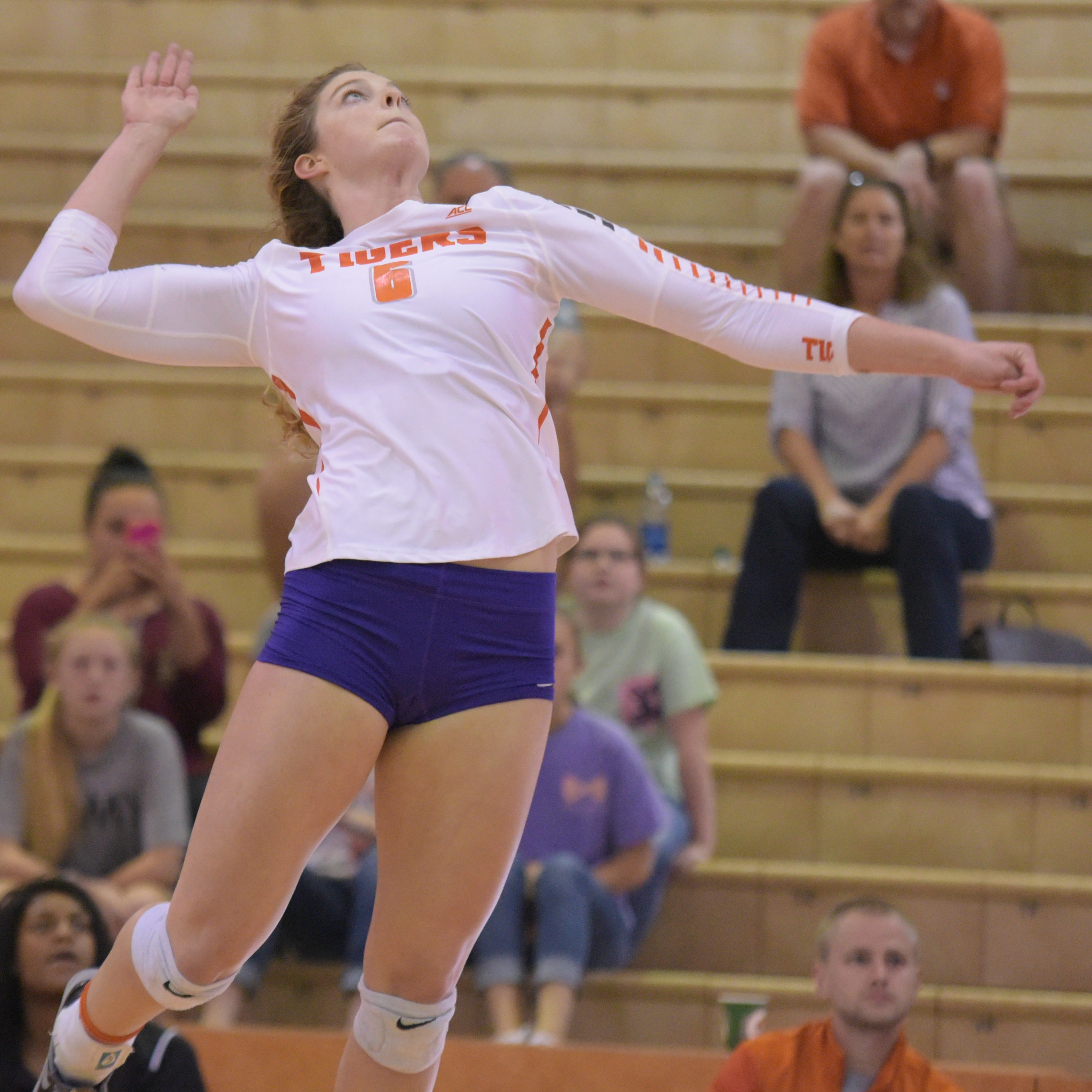 Clemson Falters In Four To Virginia

“I thought Virginia did a nice job in the serve and serve receive game,” said head coach Hugh Hernesman. “We said before the match that the team that served and passed better was probably going to win. I thought after the first set, they did a really good job in that.”

“On our side, Leah once again did all she could. It was good to see Kailey break out a little bit after not quite being herself the last couple of matches and we knew Jaden was on the verge of a breakout match and it was good to see her produce when she was given the opportunity.”

Perri threw down 16 kills and hit .205 while finishing with an ace, a block and seven digs to lead the Tigers. Megan McGinley was a kill away from joining her in double-figures with nine kills on 22 swings and also aced UVA once with six digs to her credit. Kailey Harvell finished with a .278 hitting percentage thanks to eight kills on 18 swings and just three errors. Light finished with a career-best, seven kills and an error on 13 attempts to hit .462.

Taylor Daniel and Keely Hayes each set the Tigers to 22 assists and both finished with an ace to their credit. Curtis earned her eighth-straight match with 10 digs or more at libero, finishing with 15 on the night.

Perri and Curtis fueled Clemson’s victory in the first as the senior hit .714 with five kills and the freshman, dug out five of UVA’s attempts. The first set victory was also the set in which setters, Daniel and Hayes aced the Cavaliers.

The Tigers stay in Clemson next weekend to host Pittsburgh and Virginia Tech. Clemson will take on the Panthers at 7:00 p.m., on Friday, November 4 before squaring off with the Hokies at 1:00 p.m., on Sunday, November 6.