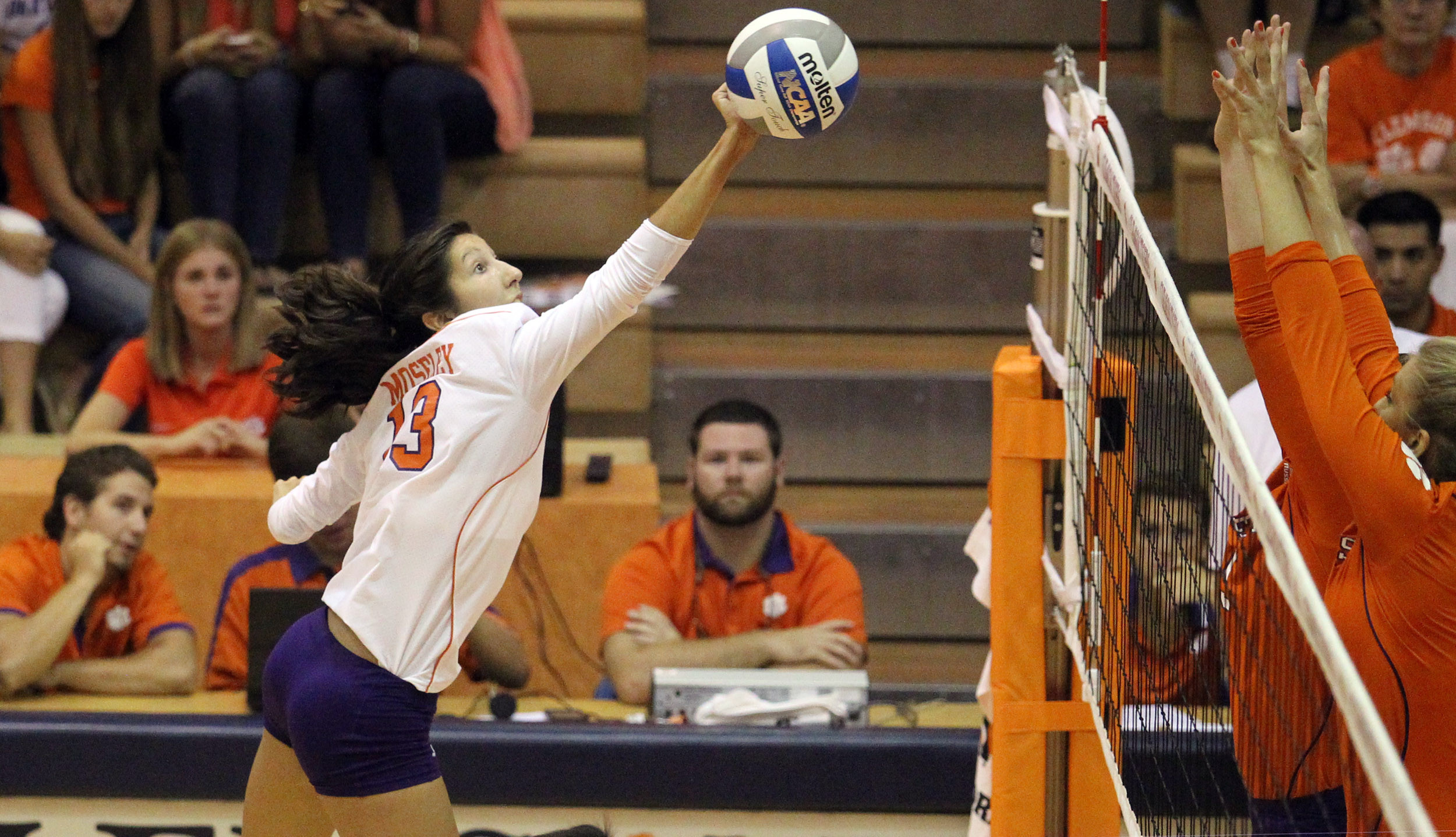 CINCINNATI, OH – A hot-hitting Xavier club took down Clemson, 3-0 (27-25, 25-15, 25-19), on Sunday in the final match of the Xavier Volleyball Invitational at the Cintas Center in Cincinnati, OH. Clemson (1-2) finished third as Xavier (2-1) locked up second place. No. 7 Michigan went 3-0 on the weekend to win the tournament title.  Senior Mo Simmons and junior Karis Watson were named to the All-Tournament team after posting a combined 63 kills and 16 blocks. Watson hit a team-best .311, while Simmons led Clemson with 27 digs and six aces.  Clemson will play host to the Big Orange Bash beginning Friday at 7:00 pm with South Carolina. Furman and Winthrop will also participate in the annual round-robin matchup.  Watson led Clemson on Sunday with 10 kills, giving her double-figures  for the second straight match. Simmons had seven kills and a team-high 11 digs, while freshman Leah Perri had five kills.  Clemson was unable to keep consistent offense going as Xavier was able to sideout on 71 percent of the Tigers’ serves. Makayla Agin had 14 kills to lead all players, while Abbey Bessler had 13 for the Musketeers, who hit .328 in the match.  In the first set, Xavier raced out to a 16-5 lead after an 11-1 run, which include five kills from Agin. A service error brought the serve back on Clemson’s side, which sparked some Tiger momentum. Clemson chipped away, and closed the lead to one at 20-19.  After a Xavier point, Clemson scored four of the next five behind kills form three separate players to give the Tigers a 23-22 lead. However, Xavier used their final timeout and grabbed the lead back on consecutive Clemson errors. Three straight service errors left the score at 25-25, but Xavier tallied two straight kills to close the set.  The second set was pitched much more in Xavier’s favor, as the Musketeers pounded out 19 kills and hit .500 in the frame. Xavier opened up an early 14-7 lead, but didn’t relinquish the edge as Clemson didn’t get closer than six the rest of the set.  In the third set, the score went back and forth, with the match tied at 11-11 before Xavier scored five of the next six points to force a Clemson timeout. Neither team was able to put more than two consecutive points together, as Xavier held on for the 25-19 win.