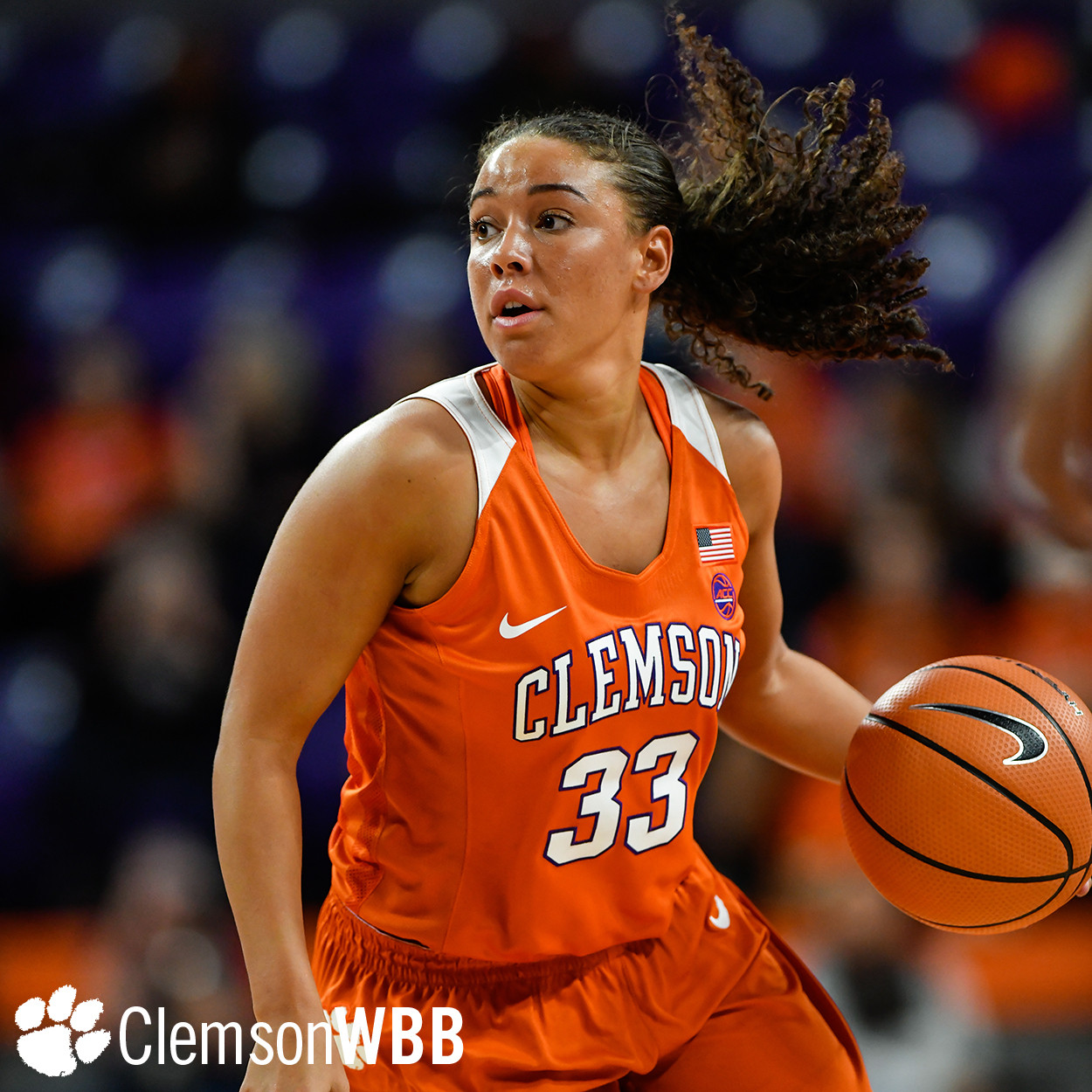 CLEMSON, S.C. – The Clemson women’s basketball team fell to Virginia 70-41 on Sunday afternoon at John Paul Jones Arena in Charlottesville, Va. With the loss, the Tigers fall to 10-6 (0-3 ACC), while the Cavaliers won their seventh game in a row to improve to 11-6 (4-0 ACC).

Virginia made five of its first seven shots to open the game and was out to a 16-5 lead with 4:12 remaining in the first quarter, before Clemson began fighting back. The Tigers went on an 8-0 run to end the quarter, with four of the eight points by senior Alexis Carter. Carter hit a jumper at the 3:45 mark in the second quarter to cut the deficit to two points, 20-22, but the Tigers were unable to get any closer, as the Cavaliers went on an 11-0 run to end the first half.

Junior point guard Danielle Edwards scored four quick points for the Tigers to open the third quarter, but then Virginia’s shooters took over. After making just 1-for-10 from three-point range in the first half, the Cavaliers were 5-for-8 in the second half.

For the second-straight game, Carter led the Tigers in scoring, with 12 points on 6-for-12 from field goal range and added three rebounds and three assists. Edwards recorded eight points, five rebounds, four assists and two steals in the contest for the Tigers.

Clemson returns to action on Thursday, Jan. 11 when they travel to Chapel Hill, N.C. to face North Carolina. The game between the Tigers and Tar Heels is set to tip off at 7 p.m. at Carmichael Arena.