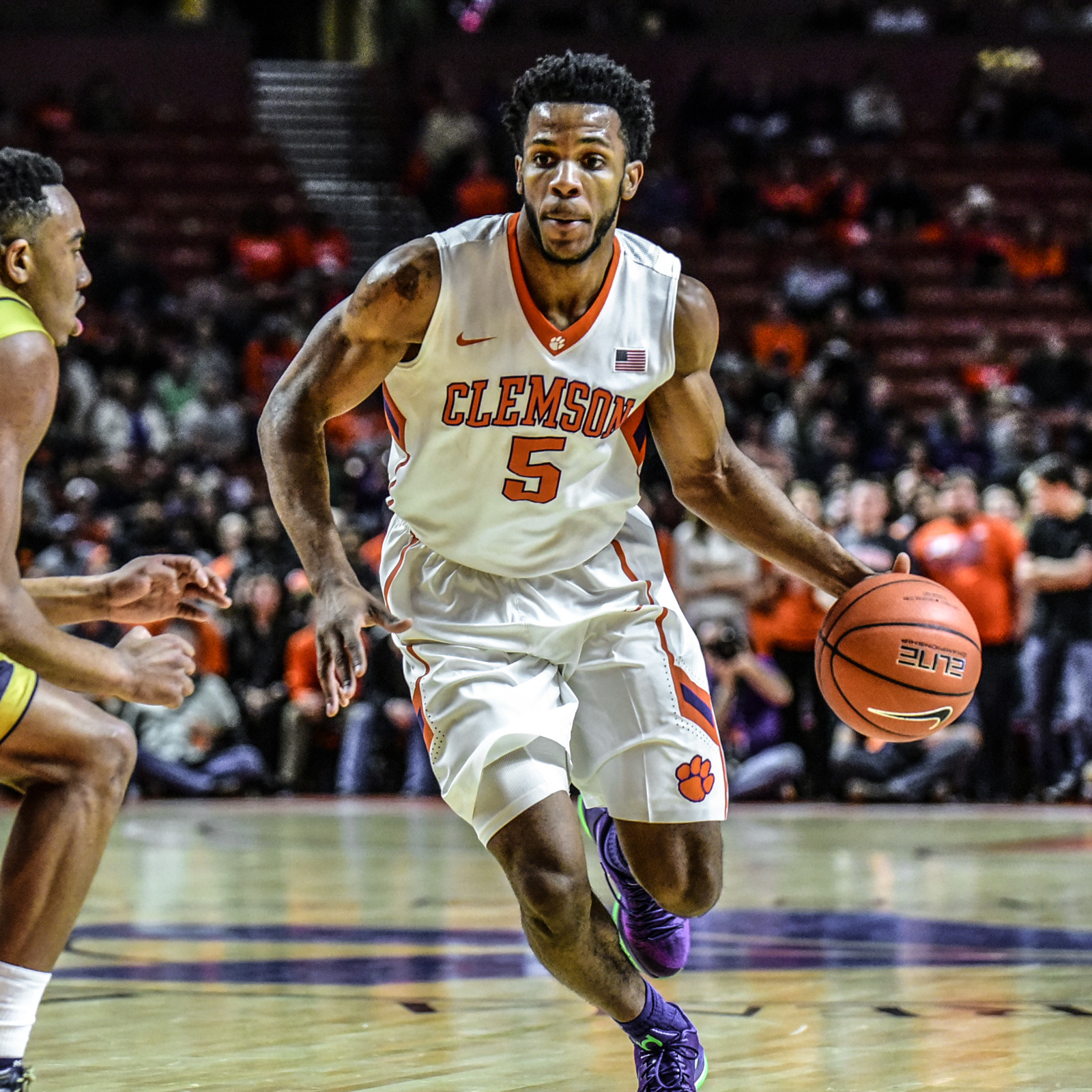 GREENVILLE, S.C. — Despite a 53 percent shooting night and 30 points from Clemson’s leading scorer, red-hot Notre Dame proved to be too much to handle on Monday night, defeating the Tigers 89-83 at Bon Secours Wellness Arena. Clemson outshot and outrebounded the Fighting Irish, but never managed to take the lead during the game. The loss dropped Clemson to 14-10 overall, 7-5 in the ACC. Notre Dame improved to 17-7, 8-4 in league play.

During the first half, Notre Dame got off to a hot start, jumping to an 11-4 lead in the first five minutes. The run was highlighted by two quick three-pointers from V.J. Beachem, which proved to be his only points of the half. The Fighting Irish did get into foul trouble early and were forced to play the final 12 minutes of the half without Zach Auguste, who averages a double-double.

With Auguste on the bench, Clemson began to close the gap, and a Gabe DeVoe three-pointer cut the lead to only one point with 11:42 left in the half. However, the Fighting Irish later proceeded to go on a 7-0 run to take the lead to nine points, and Clemson was unable to cut that lead to any less than five the rest of the half.

Jaron Blossomgame led all players with a career-high 30 points, marking the 20th time he has hit double digits this season, and the first time since K.J. McDaniels played at Clemson that a Tiger has netted 30 points. It was also the sixth time in the last seven games that Blossomgame has surpassed the 20-point mark. He was 13-19 from the floor.

In the second half, Clemson’s big men got in foul trouble early, as Landry Nnoko and Sidy Djitte picked up third fouls with just over 13 minutes remaining in the game. Taking advantage of the foul issues, Auguste came back strong for the Fighting Irish and exploded for 15 of his 19 points after intermission. Led by his offense, Notre Dame took their largest lead of the game, 13 points, with 2:49 left in the game. Clemson whittled the lead down in the final minutes, largely thanks to 10-20 shooting from three-point range.

The Tigers next play against Georgia Tech on Saturday at 2 p.m. in Bon Secours Wellness Arena. Tickets are available at ClemsonTigers.com or by calling 1-800-CLEMSON.