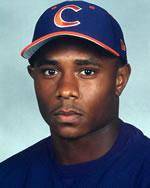 Clemson, SC- Steven Tolleson hit a game-winning, solo home run to left field in the 10th inning to give South Carolina a 8-7 victory over Clemson on Sunday. An announced crowd of 6,480, which set a new Doug Kingsmore Stadium record, was on hand for the back-and-forth thriller.

The Gamecocks improved to 12-0 on the season with the win, while the Tigers fell to 4-5 on the season. South Carolina was victorious despite three errors. They had just five as a team all year coming into the game.

South Carolina got off to a 1-0 start in the first inning after Bryan Triplett hit a double to right center field. His shot to the gap scored Steven Reinhold, who was in the game as a pinch runner. He moved from first to third after a throwing error by first baseman Andy D’Alessio.

Clemson tied the score in the bottom of the second after Russell Triplett hit a sacrifice fly to centerfield to plate Lou Santangelo from third. The Gamecocks quickly answered when Landon Powell hit his third home run of the season to left field.

The Tigers again tied the score after Herman Demmink hit a floating ball that just carried over the left field fence. It was his second home run of the season. However, the Gamecocks broke the tie again in the fifth. Steve Pearce hit a sacrifice fly to right field to score Michael Campbell.

South Carolina extended the lead to 4-2 in the sixth after what appeared to be a routine double play ball for the Tigers. However, Steven Tolleson collided with Demmink near second base. Demmink’s throw to first was not in time to get Davy Gregg and Kevin Melillo scored from third base.

Clemson answered in the bottom of the frame when Lou Santangelo hit a single to centerfield to follow. Brady Everett brought McCann home with a sacrifice fly to left field, tying the game at 4-4.

The Gamecocks reclaimed the lead with a solo shot to left field for Pearce. It was his eighth homer of the season. Clemson came back strong in the bottom half of the seventh. Travis Storrer hit a two-run double to right field to give the Tigers a 6-5 lead. Storrer reached home plate after a throwing error by Gamecock shortstop Tolleson. Each of the three runs scored were off of Chad Blackwell, who had pitched 8.2 innings of perfect ball this year entering the game. However, Clemson left three on base after Kris Harvey struck out swinging.

South Carolina answered again with a two-run double down the right field line by Michael Campbell. The hit tied the game at 7 apiece. Later in that inning, Clemson pitcher Collin Mahoney faced off against his brother Ryan of South Carolina. He struck Ryan out with a 99 mph fastball, then struck out the other batter he faced to end the inning.

The game went to extra innings with the 7-7 tie. On the first pitch of the 10th, Tolleson belted a homer to left field to give South Carolina the one-run lead. The Tigers got out of the inning when Zane Green made a diving stop in centerfield.