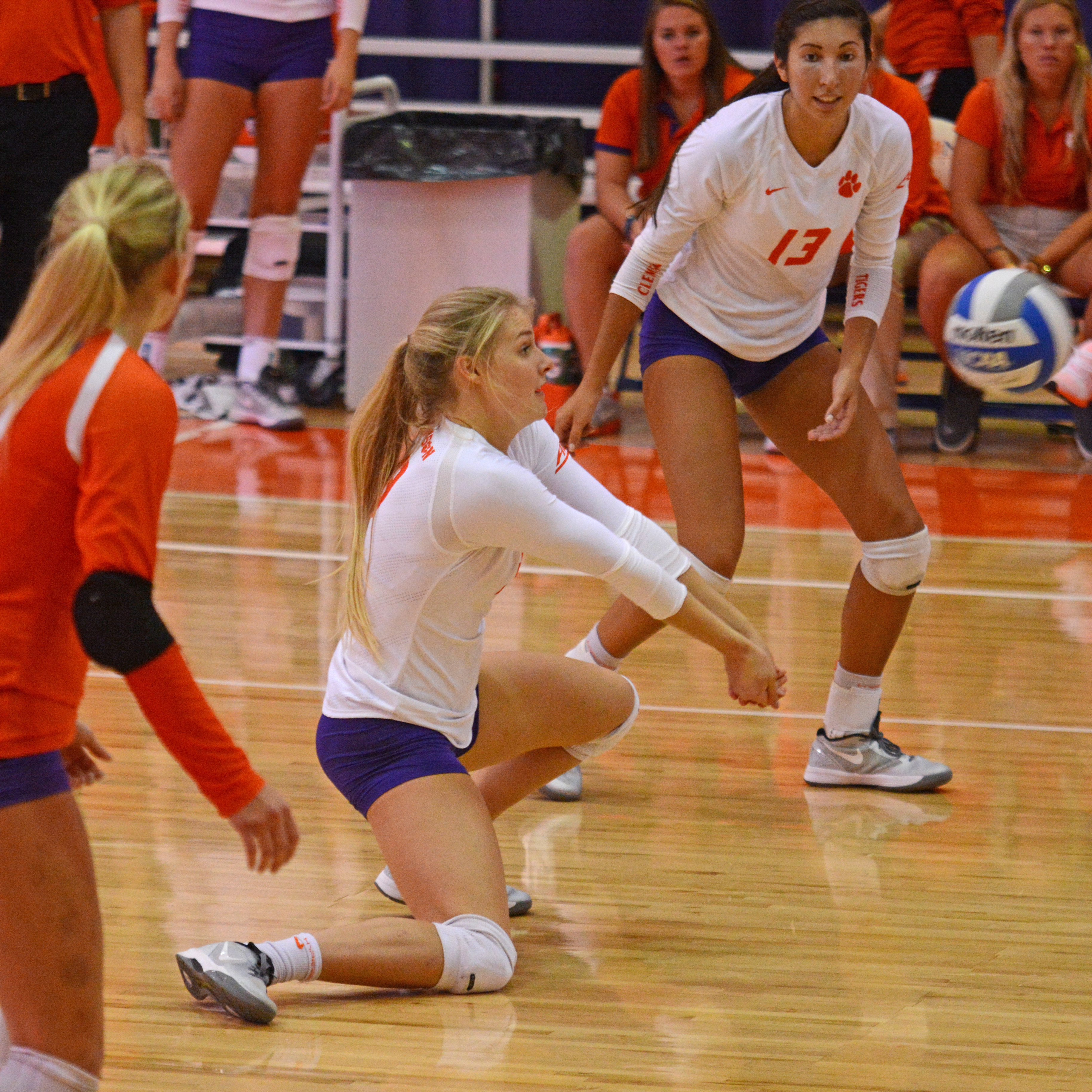 SOUTH BEND, Ind. – Clemson pressured the Irish early on in all three sets as there were 21 tie scores throughout the contest, but the Tigers never could maintain control of a set as they fell 3-0 (17-25, 16-25, 16-25).  The back row turned in an impressive showing in Clemson’s final road match of the season.

Keelie Arneson once again climbed the NCAA’s list of all-time career dig leaders with an astounding 28 digs in three sets. The total hoists her to seventh all-time with 2,678 digs in her career and just four out of sixth. Her hot streak continues as she has averaged 6.19 digs per set in her last seven matches with 161 digs in 26 sets. Five of her last seven matches she’s registered 20 digs or more.

Arneson’s understudy, Kennedy Wilson-Talmadge recorded her fourth match this season with 10 digs or more as a defensive specialist. The freshman was solid in serve receive while digging out 11 of Notre Dame’s attacks. Three of her four matches with 10-plus digs have come in her last six contests.

Outside hitter, Leah Perri continued to show why she’s a six-rotation player as she complemented her eight kills with 12 digs on the afternoon. The total gives her four matches with 10 digs or more in her last eight matches and 80 digs total in that stretch.

Sydney Moseley matched Perri’s kill total with eight points of her own, six of which she threw down for kills, the other two were service aces. Her seven digs complemented her offensive effort.

Kate Federico found Clemson’s most efficient hitter in the middle as she set Megan McGinley to six kills on 19 attempts. Kailey Harvell matched McGinley’s kill total with six of her own. Federico finished the match with 24 assists, four kills, five digs and three blocks.

The Tigers are back in Jervey Gym this week for its final home series of the season. Clemson will host two NCAA Tournament bound teams in Miami and #20 Florida State on Wednesday at 7:00 p.m., and Friday at 1:00 p.m.