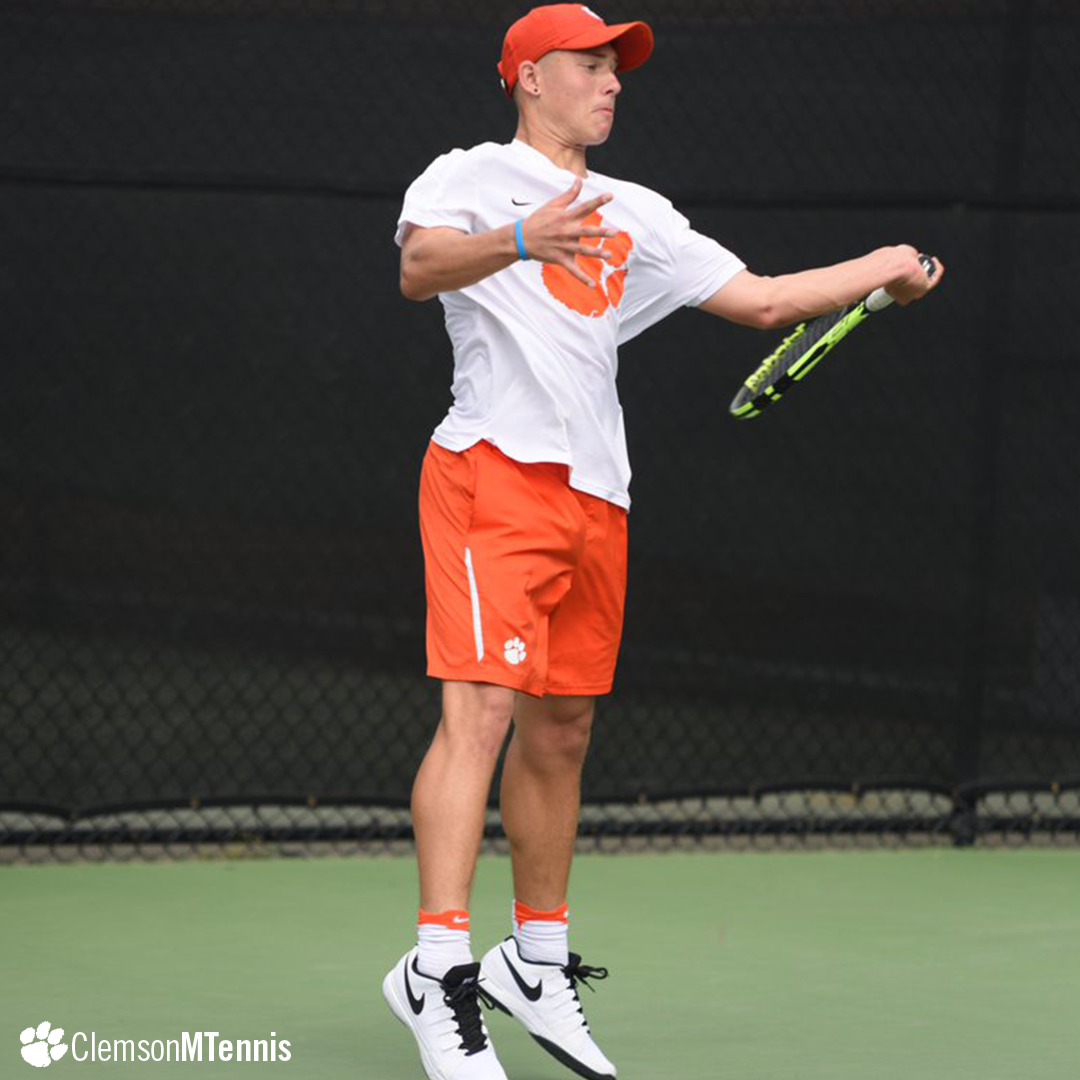 CLEMSON, S.C. – The Clemson men’s tennis team fell to North Carolina State on Sunday afternoon at the Hoke Sloan Tennis Center, 5-2. The Tigers fall to 8-9 (1-4 ACC), while the Wolfpack improve to 10-10 (1-4 ACC). Freshman Carlos Kelaidis and junior Sam Edwards picked up the two points for the Tigers in singles play.

The Wolfpack clinched the doubles point over the Tigers with wins on courts one and two. Senior Daffra Sanon and junior Sam Edwards looked to follow up their upset win over the No. 1 doubles team in the country on Friday night but fell 6-4 on court one. The clinching match came on court two where North Carolina State was victorious, 6-3.

Clemson hits the road next weekend when they travel to the state of Virginia to take on Virginia Tech on Friday, March 31 and No. 2 Virginia on Sunday, April 2. The Friday match is set to begin at 12 p.m., and the Sunday match vs. No. 2 Virginia has a 1 p.m. start time.