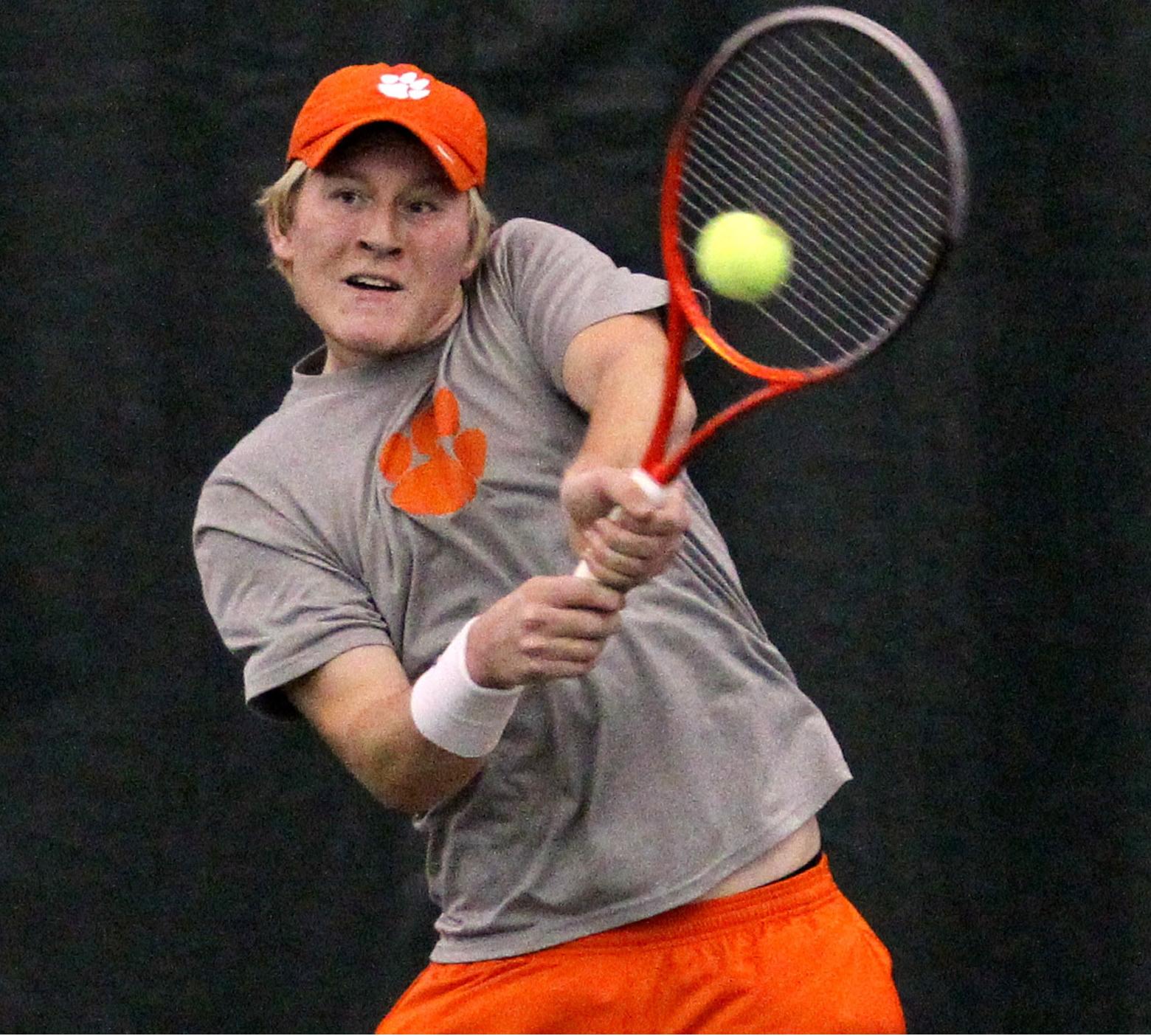 CHARLOTTESVILLE, VA. – The Clemson men’s tennis team fell to No. 7 Virginia 6-1 Friday afternoon in Charlottesville. With the loss, Clemson falls to 9-7 overall and 0-2 in ACC play on the season.

In doubles action, the Clemson duo of Hunter Harrington and Luke Johnson faced Virginia’s team of Luca Corinteli and Ryan Shane, ranked 19th in the nation at No. 1, falling 8-2. In the No. 3 slot, Alejandro Augusto and Daffra Sanon played their Virginia counterparts to a 5-6 score before the match was stopped when the Cavaliers clinched the doubles point.

Luke Johnson won Clemson’s only singles match of the afternoon after his opponent in the No. 5 slot retired with the score 5-5 in the first set. All four of Virginia’s players in spots No. 1-4 are nationally ranked this week, including two that are ranked in the top six in the country.

Clemson’s Virginia road trip continues on Sunday when the Tigers visit No. 15 Virginia Tech. That match is scheduled to start at 1 p.m. in Blacksburg. Updates will be available on Twitter @ClemsonMTennis.