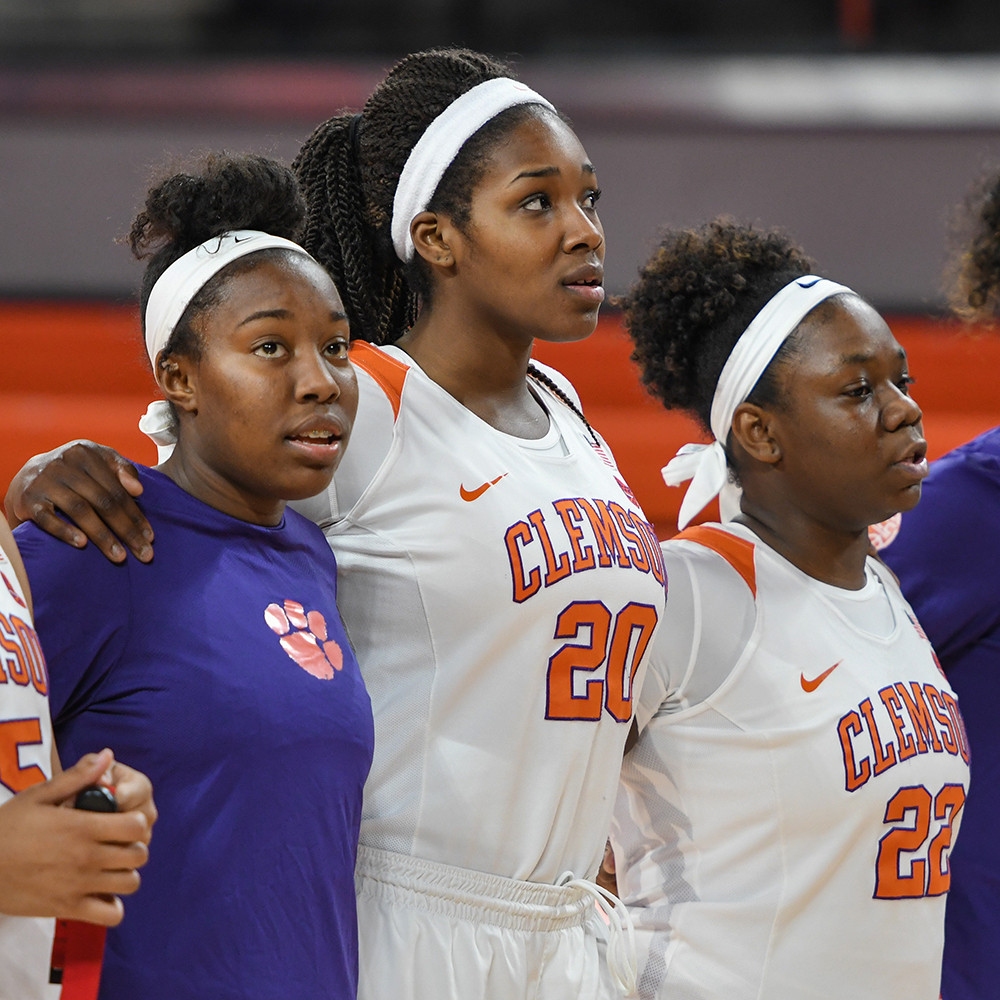 Clemson Falls to No. 16/17 Miami in Coral Gables Sunday

Miami shot well to start the game, and even better in the second quarter. The Hurricanes shot 58.1% (18-for-31) from field goal range in the first half, including 50% (3-for-6) from behind the arc. That, coupled with the Tigers committing 12 turnovers leading to a 19-5 Hurricane advantage in points off turnovers, was the difference in the first half, as Clemson trailed 48-30. Sophomore Aliyah Collier had eight points and seven rebounds in the first half.

The Hurricane shooters cooled off a bit in the second half, and the Tigers continued to fight, particularly on the boards and on defense. Clemson ended the game tied with Miami in the rebounding battle, 30-30. The Tigers also blocked five shots, including three by freshman Kobi Thornton, to the Hurricanes’ one. Clemson outscored Miami 23-16 in the final quarter.

Collier finished the game with another double-double, her ninth of the season, with 17 points and 10 rebounds. Sophomore Danielle Edwards added 10 points and five assists for the Tigers, while Thornton and junior Nelly Perry recorded eight points apiece. Freshman Siana Fields played 26 minutes on her birthday, hit a three-pointer and dished out two assists.

The Tigers return to Littlejohn Coliseum for their final regular season home game on Thursday, Feb. 16 against Notre Dame. The game between Clemson and the Fighting Irish tips off at 7 p.m. and will be the Tigers’ annual #Play4Kay Breast Cancer Awareness game.