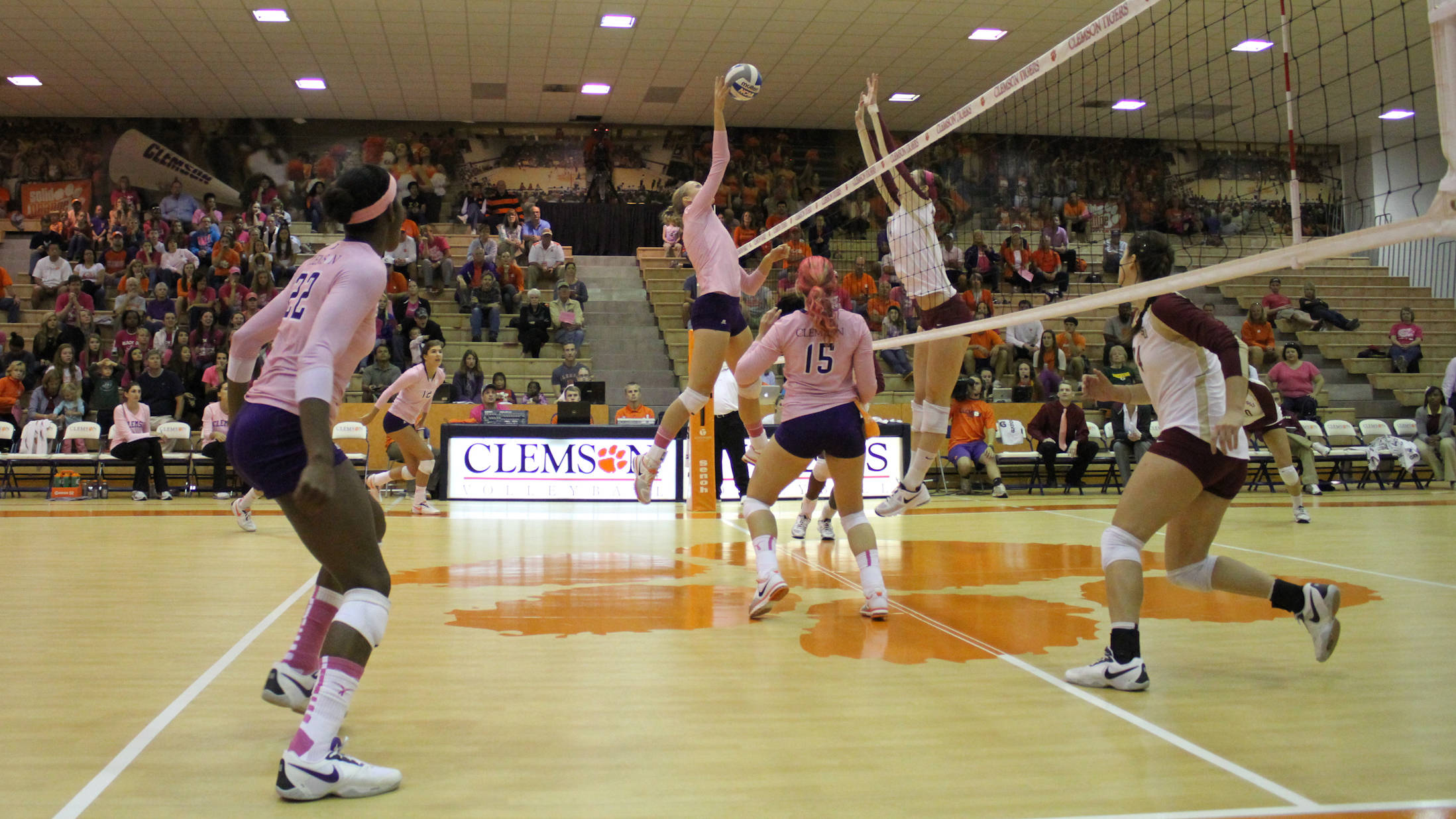 Kristin Faust led the Tigers with eight kills, while Sandra Adeleye had seven, but the Tigers hit just .144 in the match, compared to a .293 mark from the Noles.

Defensively, Clemson did meet a pair of milestone. Natalie Patzin‘s 17 digs left her with 1,303 for her career, just five behind Jodi Steffes Welp for fourth on the all-time Clemson career digs list after moving into fifth earlier in the match.

Alexa Rand had three blocks, including two of the solo variety, to in third by herself with 579 career blocks.

Sareer Freeman had 12 kills to lead all players for Florida State, who finished with 55 kills in the three-set match. Five Seminoles had eight or more kills overall.

It was Florida State’s eighth win in the series overall, and improved the Noles to 28-20 all-time against the Tigers.

The Tigers and Seminoles tallied eight blocks apiece, with Adeleye’s five leading the Tigers. Both teams played relatively clean, with just 31 combined errors in 258 attacks. Each team recorded just one ace, with FSU’s coming after the Tigers were called out of rotation.

Lou Davis had Clemson’s only ace on Clemson’s first serve of the match, but the Seminoles went the final 51 Clemson offerings without allowing a service score. Clemson entered the match plus-46 in service scoring on the season.

Florida State scored seven straight points after Clemson took a 2-0 lead, and pushed their advantage to 16-4 later in the set with another 7-0 run. Clemson got no closer than twelve the rest of the way, as the Seminoles held Clemson to -.026 hitting in the set, while hitting .394 for themselves.

The second set was much closer, with nine tie scores and three lead changes. Florida State held a 19-16 lead before Clemson stormed back to tie it at 22-22. FSU scored two straight on a kill from Ashley Neff and a Serenat Yaz attack error. Hannah Brenner then found Kristin Faust to pull within one at 24-23, but Freeman closed the set with a kill from Sarah Wickstrom.

Clemson trailed the Seminoles, 13-12, before FSU scored four of the next five to take a 17-13 lead, and give themselves some insurance. Another 4-1 run extended the lead to 22-16, and after Clemson scored a pair, Florida State scored three of the next four to close the match, 25-19.