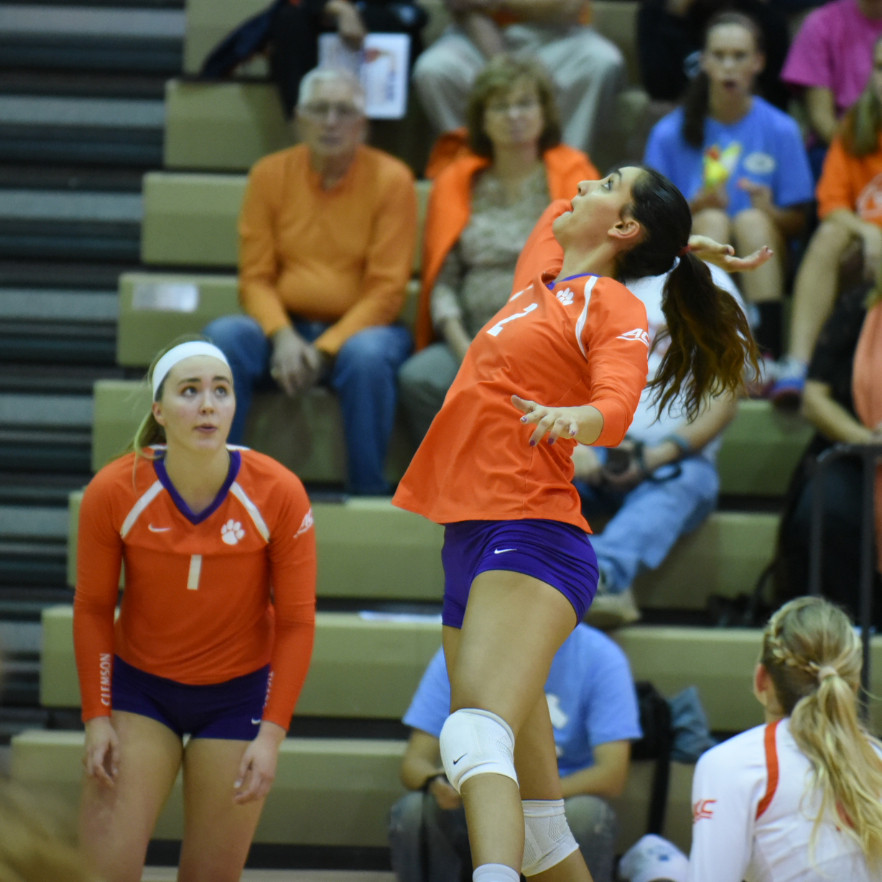 CLEMSON, S.C. – Keelie Arneson eclipsed 2,500 career digs thanks to her 11 in the matinee against North Carolina on Sunday afternoon. Clemson fell to the ACC Preseason favorite to win the conference in three sets (15-25, 16-25, 16-25). The Tarheels are one of seven teams in position to earn NCAA Tournament consideration as teams begin the latter half of their schedules.

“We saw the reason why they were picked to win the ACC,” said head coach Hugh Hernesman. “They’re a veteran team, physical, we didn’t have a lot of answers for their physicality. What I was impressed with the most is that they had to make some adaptations, change some things, alter their lineup and they handled that perfectly well. I was very impressed with how they did that.”

“As you’re a team that’s learning it’s hard to play at such a high level for a long period of time and maintain that against a team that has an experience and physical advantage over you.”

Taylor Daniel fed the offense once again for 22 assists and tallied four kills to go along with five digs. Leah Perri was the most successful hitter of the starters, killing seven balls and denying two Tarheel attempts. Megan McGinley registered six kills on 17 attempts and assisted on three blocks.

Off the bench Kailey Harvell and Irem Bayramoglu made significant contributions as Harvell equaled Perri in kills with seven on 15 attempts for a .333 hitting percentage. The Tallahassee, Florida freshman was a perfect six-for-six before she committed her first error in the second, hitting .600 through the first two sets. Bayramoglu killed four balls on seven errorless swings for a .571 hitting percentage while also assisting on a block.

Next week the Tigers venture northeast for a contest with Boston College on Friday at 7:00 p.m., and a rematch against Syracuse on Sunday at 12:30 p.m.