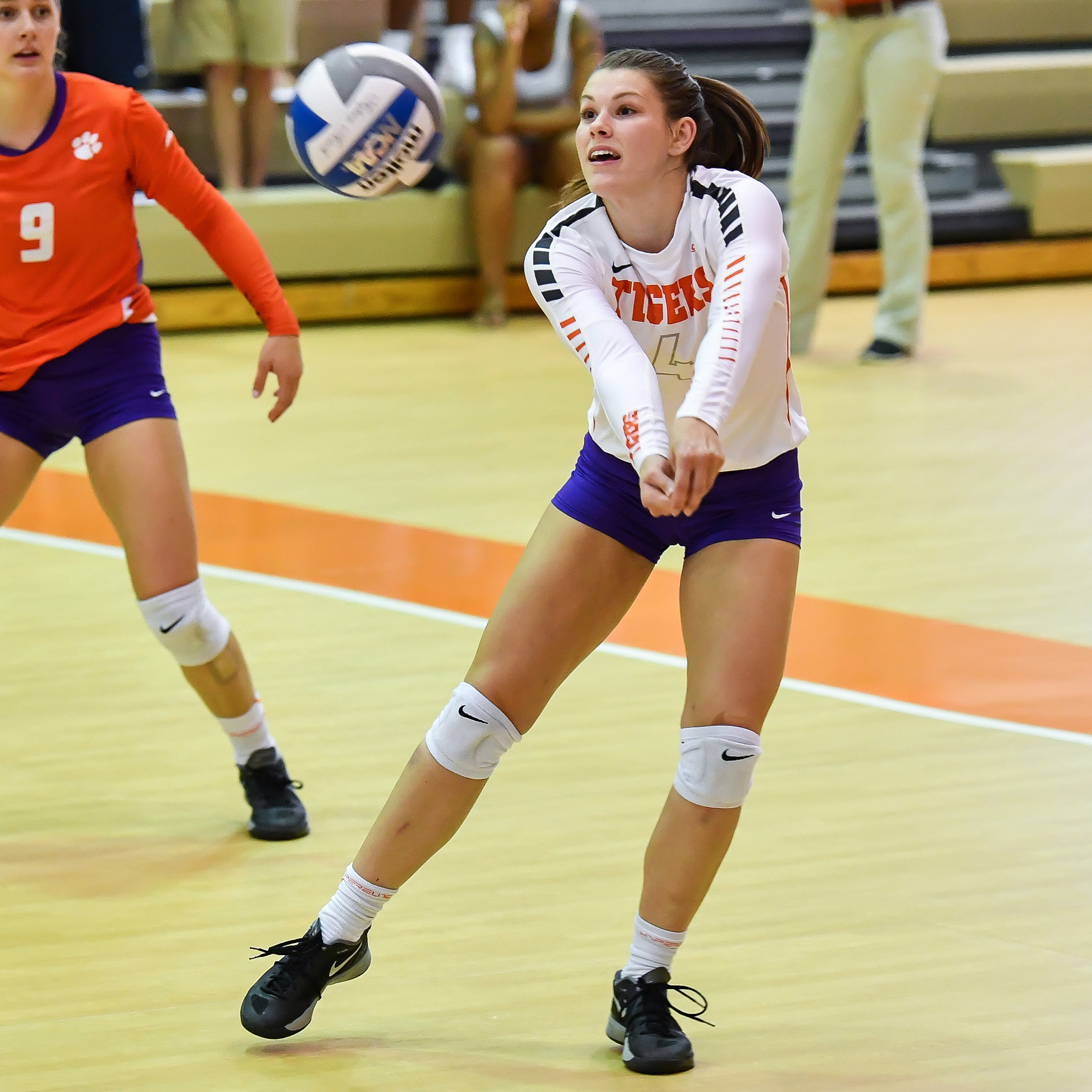 Curtis earned her sixth career match with 10 digs or more at libero for the Tigers while Perri earned her 14th match this season with at least 10 kills. Curtis finished with 13 digs, allowing Hayes to earn her four kills and 19 assists on the night. Hayes posted a .375 hitting percentage while also digging five balls and acing the Cavaliers twice. Perri dropped 10 kills and a block on UVA and was just two digs shy of a double-double.

Tori Woogk continues to deliver offensively as the freshman killed five balls on 14 swings and had just two errors to hit an efficient .214 on the outside. Kailey Harvell matched Woogk with five kills of her own, complemented by three digs and a block.

Clemson comes back to Jervey Gym Friday, October 14 for a 7:00 p.m., matchup with Syracuse before hosting Boston College on Sunday, October 16 at 1:00 p.m.