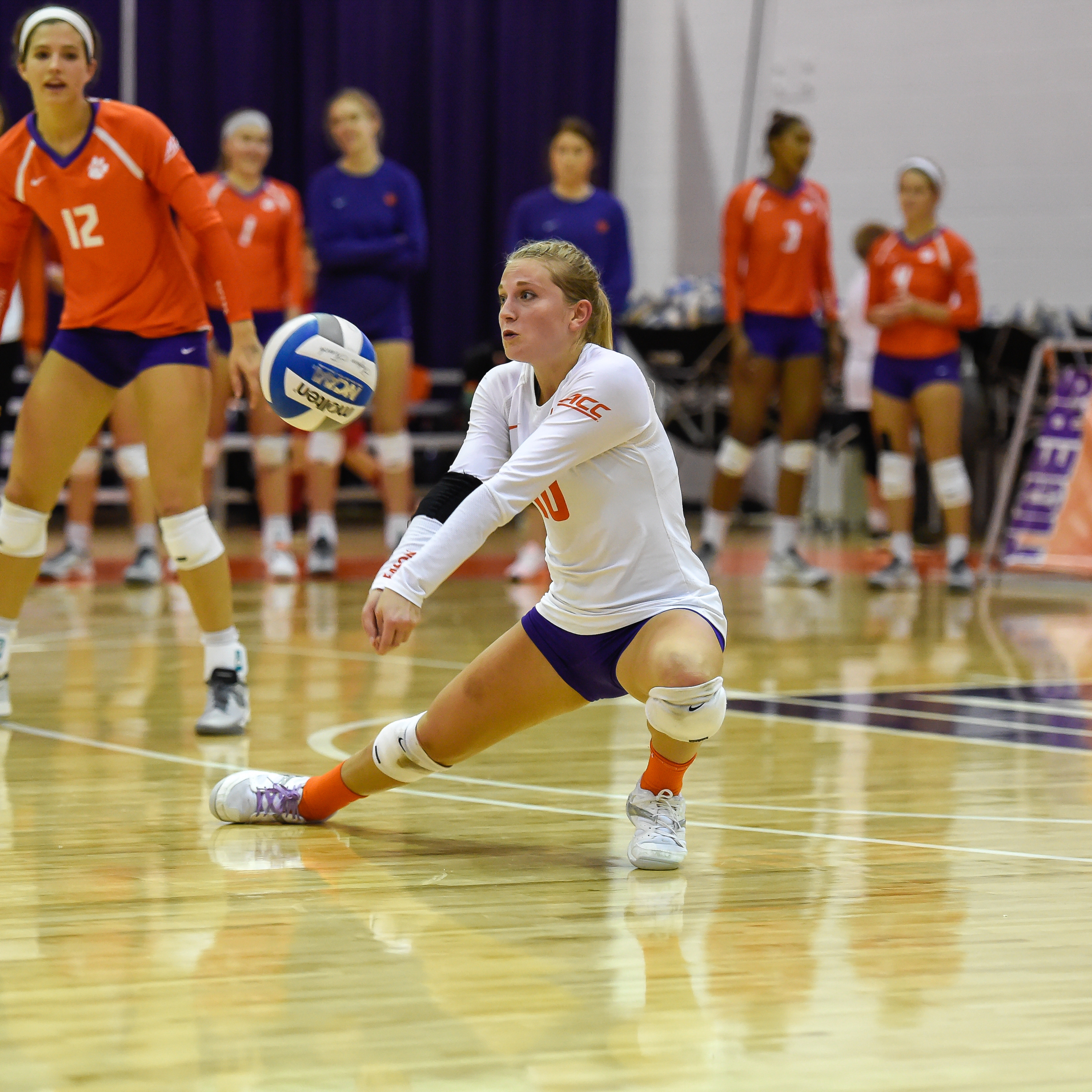 CHARLOTTESVILLE, Va. – After dropping the first set, 25-17, Clemson fired back in what was a tight second set (14 tie scores, six lead changes) to tie the match at one with a 26-24 score. However, Virginia shot out of the break to win the final two sets to win the match, 3-1.

Keelie Arneson continues to dominate in the back row as she recorded 29 digs to advance to eighth all-time in NCAA history with 2,634 career digs.

Freshman, Kennedy Wilson-Talmadge logged her third career match with digs in double-figures as she finished with 10.  Defensive specialist, Lou Davis added five digs in the back row as well along with a service ace.

Leah Perri was just a dig away from a double-double, finishing with 15 kills and nine digs, a pair of blocks and a service ace. 33 assists on the night highlighted Kate Federico’s effort. She also registered five kills, four service aces, two blocks and eight digs.

Megan McGinley and Kailey Harvell threw down six kills each while Sydney Moseley finished with five to go along with her six digs. Alex Lynch equaled McGinley with two blocks while killing four balls.