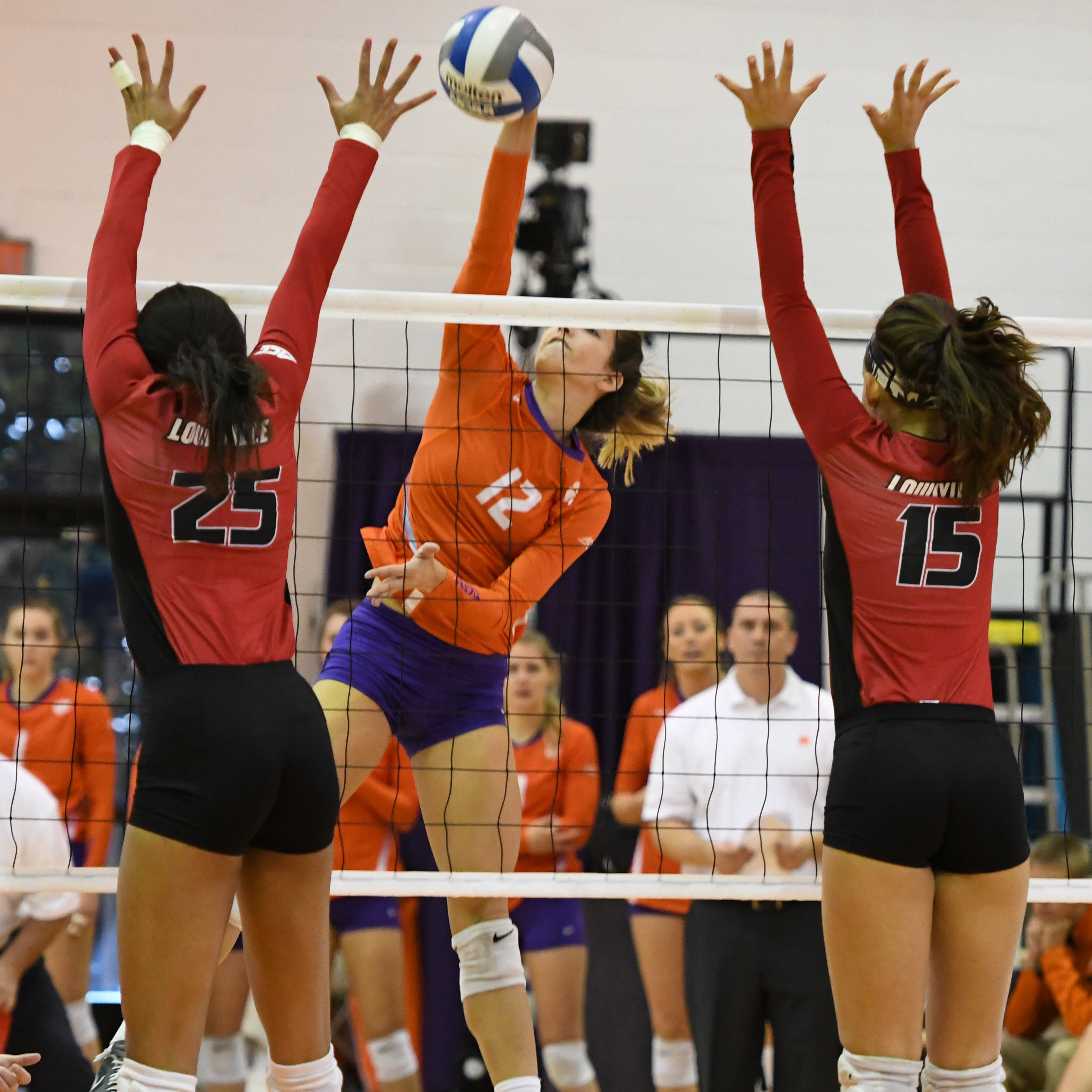 With eight kills and two errors on 15 attempts, McGinley hit .400 against the Cardinals, giving her a .306 hitting percentage in an 11-match span with 71 kills on 163 attempts. McGinley also added an ace and two solo blocks to her line, giving her a team-leading 11 points on the afternoon. Leah Perri found the most success on the pins, throwing down eight kills, complemented by a block and nine digs. Tori Woogk and Kailey Harvell tallied six and five kills respectively.

Keely Hayes set the offense to 11 assists with 14 digs to finish the match with a double-double. Both setters, Hayes and Taylor Daniel aced Louisville as well.

Clemson finishes the 2016 season this week with matchups against Florida State and Miami. The Tigers will take on the Seminoles on Wednesday, November 23 at 1:00 p.m., and will conclude their season against the Hurricanes on Friday, November 25 at 12:00 p.m.