CORAL GABLES, Fla. – The Clemson volleyball team battled to win set two, but it wasn’t enough as the Tigers fell in four sets to Miami. With the loss, Clemson falls to 12-15 overall and 3-12 in ACC action.

Clemson was led on both sides of the net by junior Ani Clark, who had a career night recording 14 kills off 24 attacks for a .417 hitting percentage. The Wheaton, Ill. native also picked up four blocks, all assisted, four digs and one service ace for a career-high 17 points. Graduate transfer Kaylee Martin also finished with double-digit kills, clocking 12, and one block.
Junior Mckenna Slavik recorded her fifth double-double on the year finishing with 43 assists and 13 digs. She also added five kills to Clemson’s 53 kill total. Defensively, Cate Long (12), Anna Renwick (12) and Devan Taylor (11) joined Slavik and finished with double-digit digs. Long also tallied two of Clemson’s four aces.
The Tigers jumped out to an early lead in the first set behind a strong offensive presence. Clemson put a few strings of three-point runs together to maintain a 20-16 lead before Miami started to make its comeback. Unfortunately, Miami scored nine of the last 11 points in in the first set to take it, 25-22.
Clemson stayed level headed heading into the second set despite the back-and-forth battle. Once both teams were tied, 15-all, the Tigers’ offense exploded to go on a 10-3 point run and capture the second set, 25-18.
In the third set, Clemson wasn’t able to string any runs together ultimately dropping the third set, 25-12. The fourth set began much like the second with both teams exchanging points and never taking more than a two-point lead until Miami hit 20 points. Clemson called timeout and looked to pick up momentum following a kill from Colleen Finney, but it wasn’t enough as the Hurricanes scored five of the last seven points to take the match.
Miami (21-4, 12-3 ACC) finished with four players in double-digit kills, led by Peyman Yardinmici tallying 14. Aristea Ontai finished with 12 kills and a team-high eight blocks.
Up Next:

Clemson returns to Jervey Gym next Sunday, Nov. 21 to host Pittsburgh in the final home match of the 2021 season. Action is set to begin at 1 p.m. and will be available to stream on ACCNX. Sunday’s match will also serve as Clemson’s Senior Day, where the Tigers will honor Martin, Crystal Childs and Ava Pritchard. 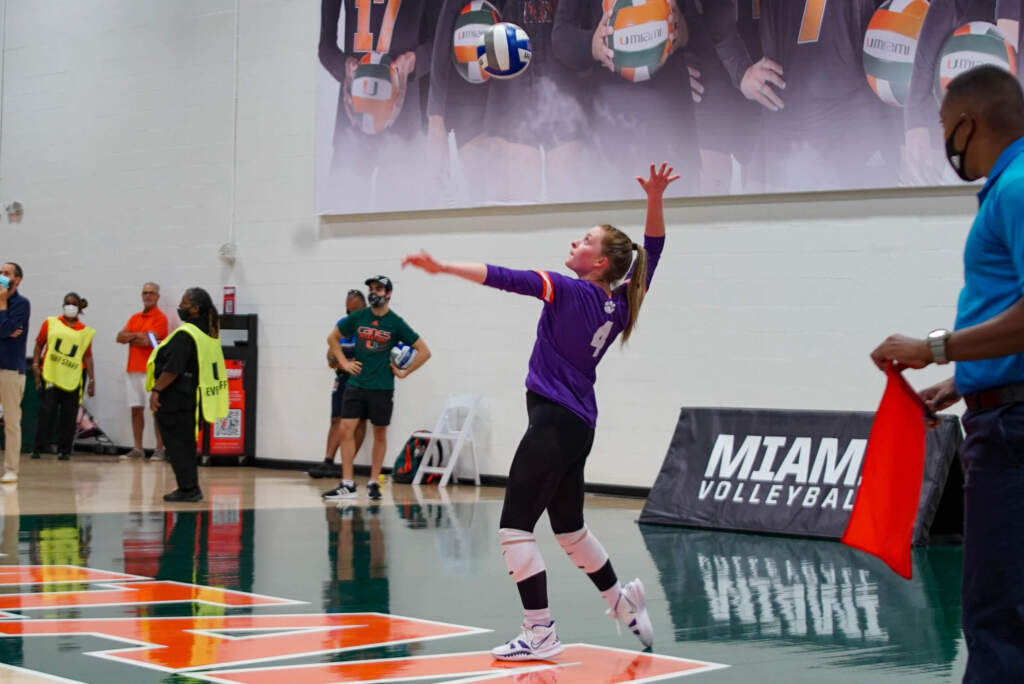 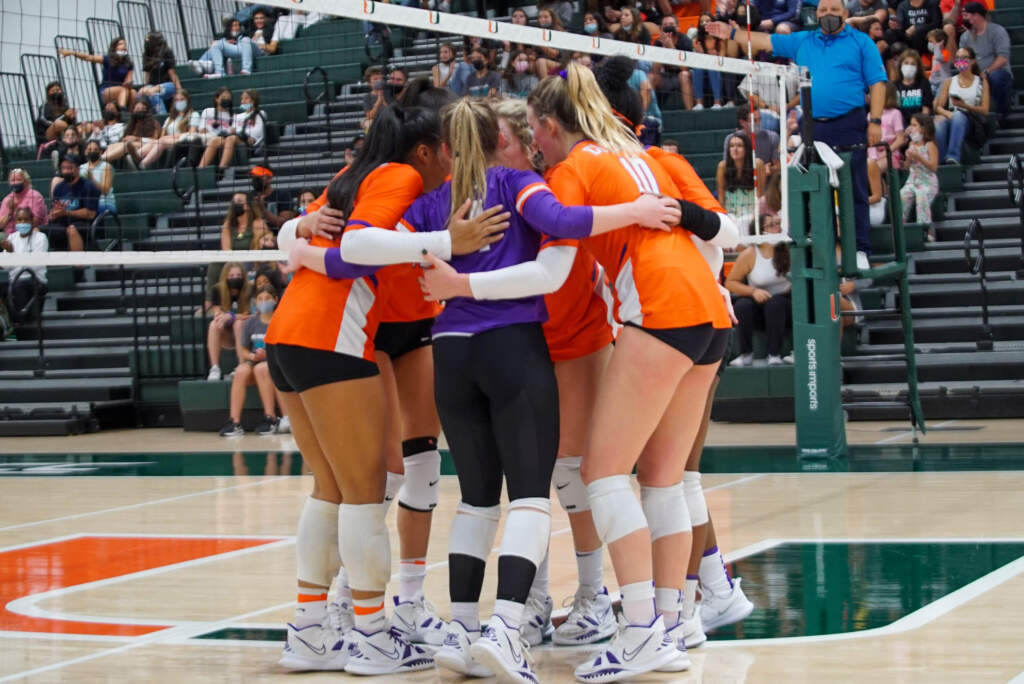 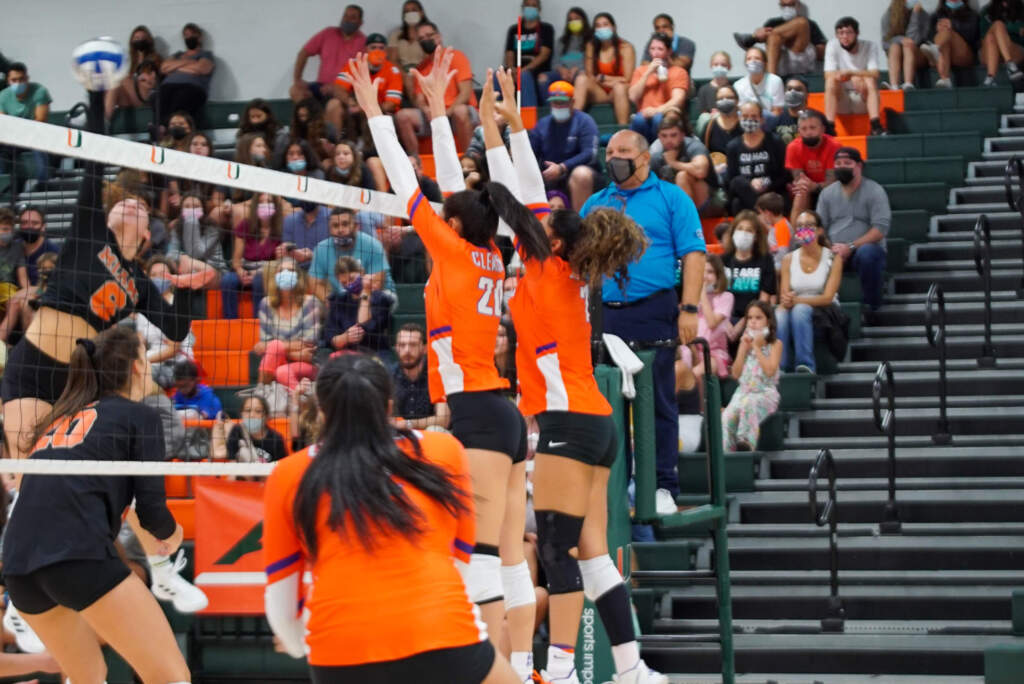 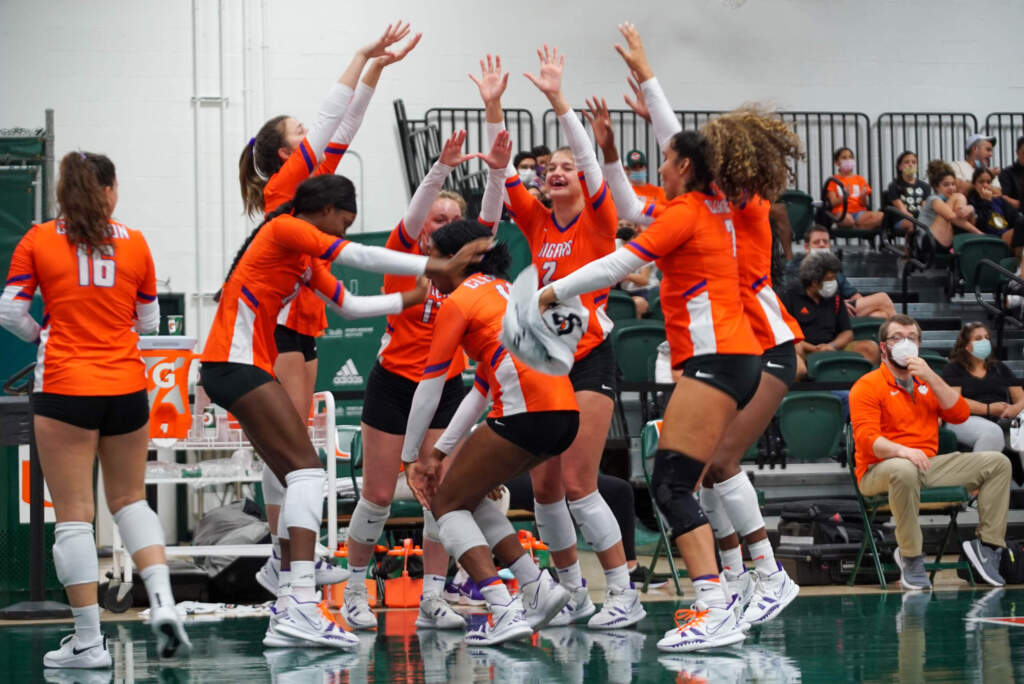 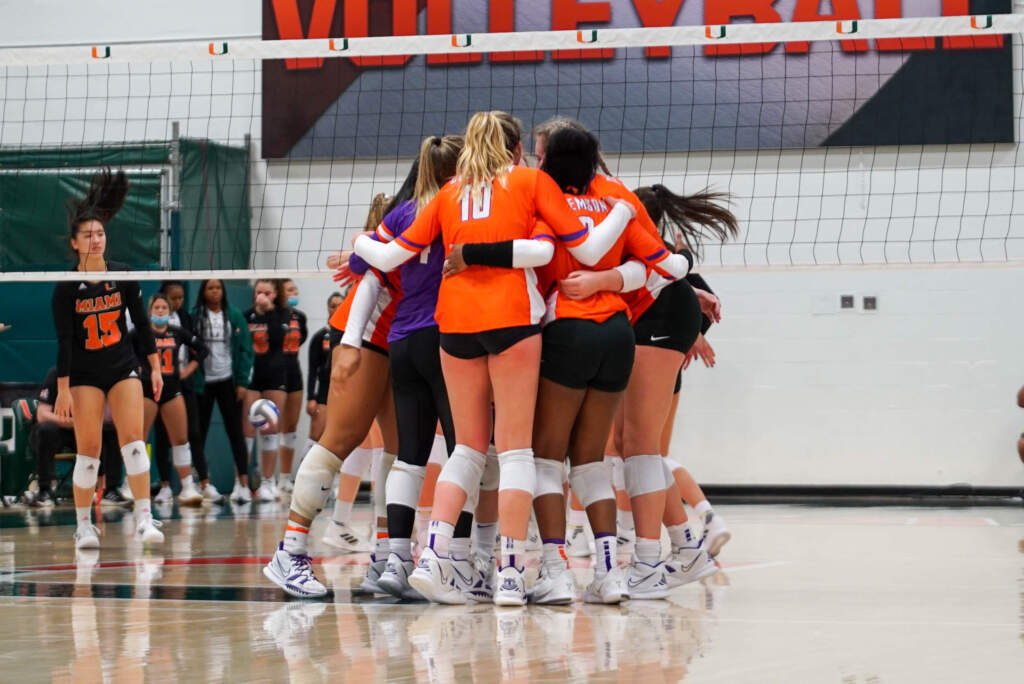 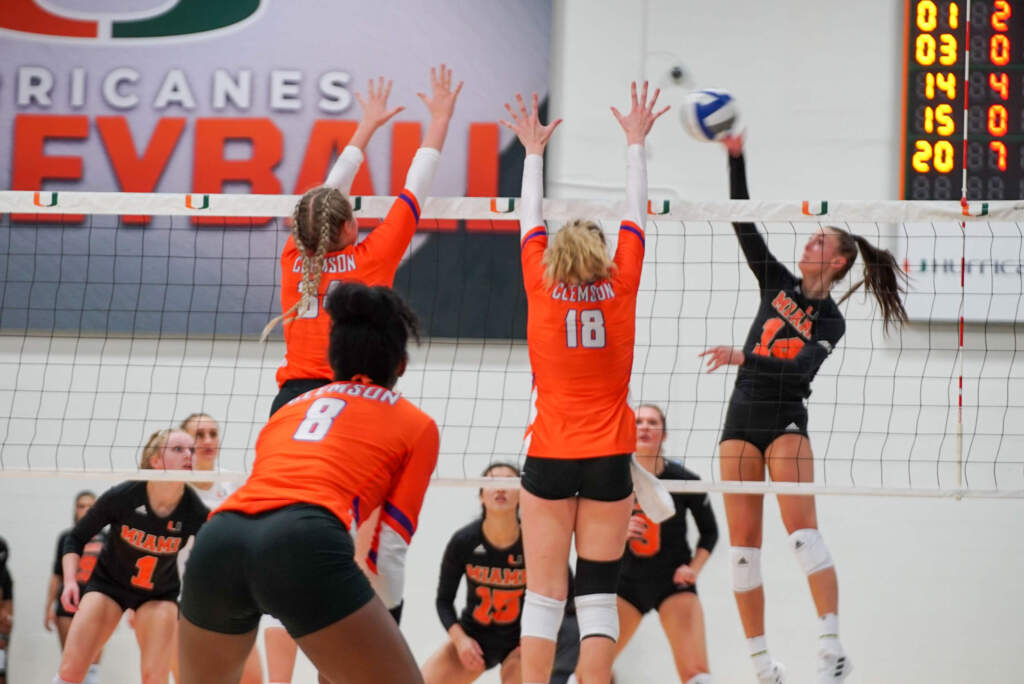 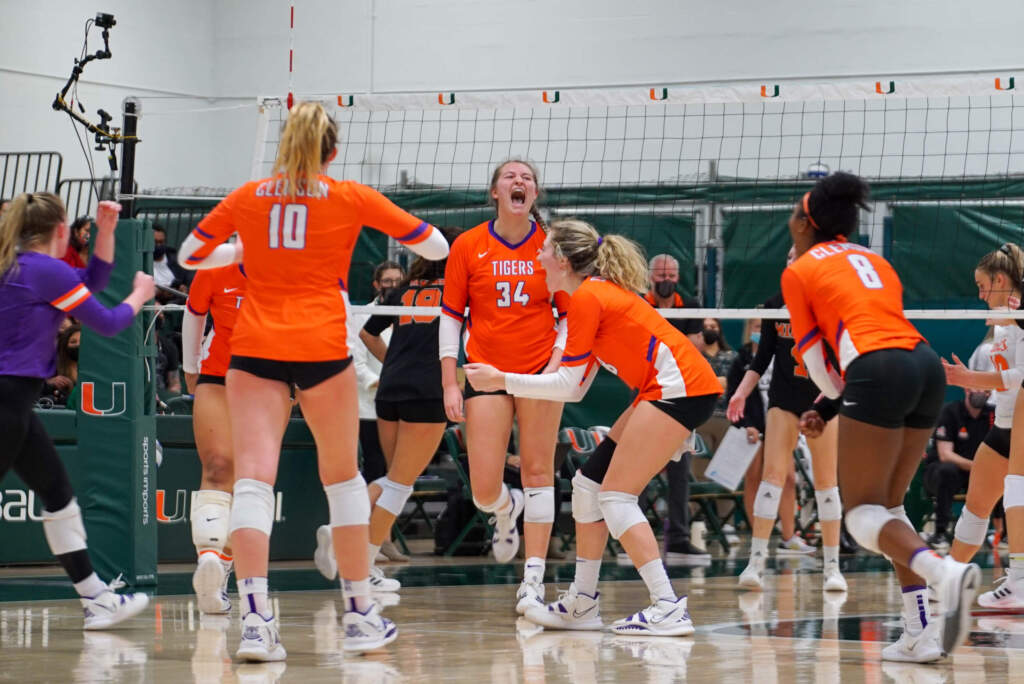