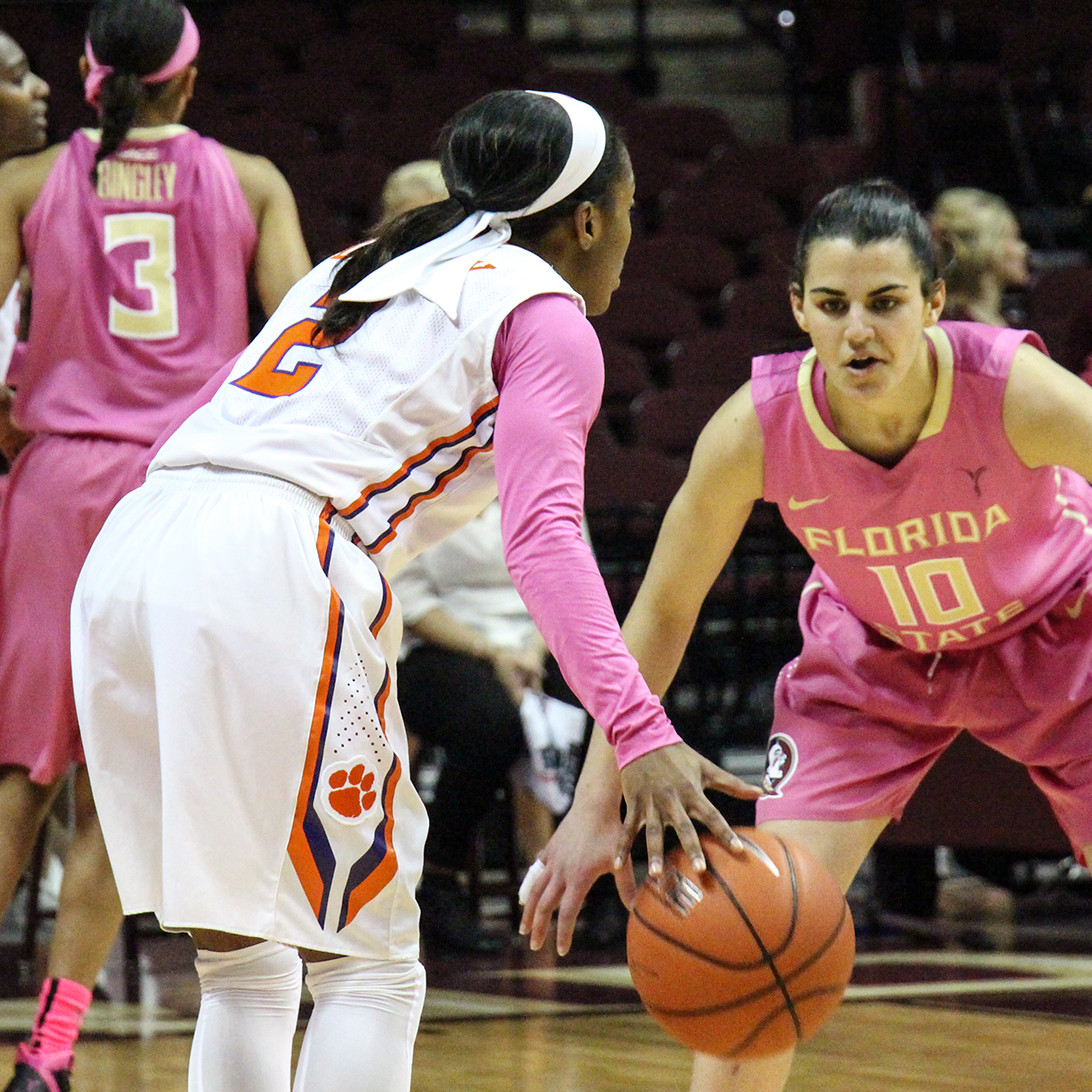 Clemson Falls at No. 9 FSU

The Tigers just completed a stretch of eight games that included five matchups against top-15 competition.

Florida State blew open a 16-point halftime advantage with an 18-2 run out of the break to seize control of the contest. The Tigers shot just 15-53 (.283) in the contest, including just a 2-12 mark behind the arc, with both makes coming from Dixon, who also added four steals and three boards.

The loss was Clemson’s 12th in a row to Florida State, evening up the all-time series at 24-24.

Clemson returns to action in its #Play4Kay game on Sunday at 2 p.m. against Georgia Tech.