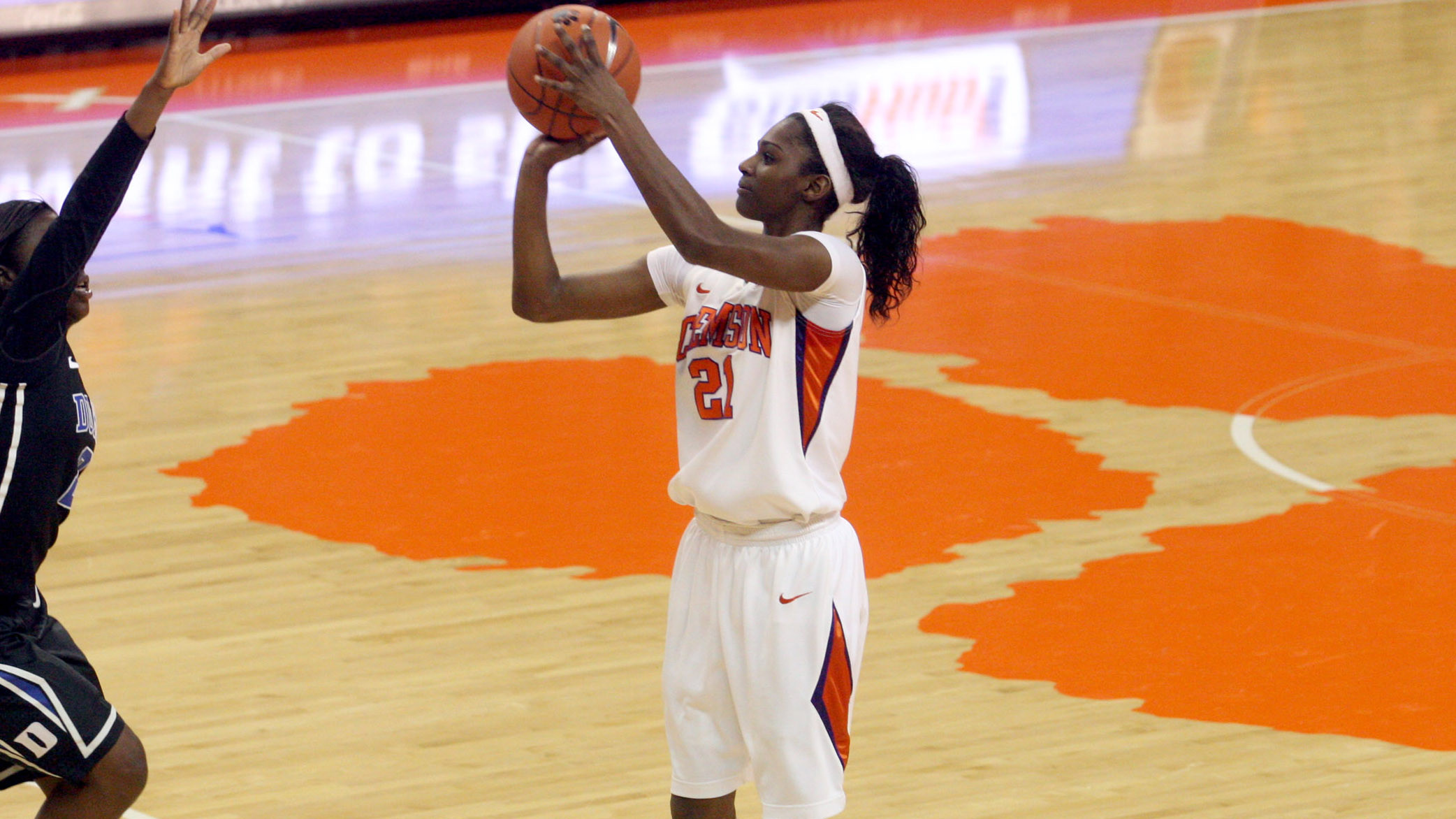 Clemson Falls at No. 7/8 Maryland

COLLEGE PARK, MD – The Clemson women’s basketball team dropped a 75-45 decision at the hands of No. 7/8 Maryland (20-4, 11-2 ACC) in College Park on Thursday night in the Comcast Center. Clemson (6-18, 2-11 ACC) fell to Maryland for the second time this season, as it was the sixth ranked team the Lady Tigers have faced in conference play.

Clemson will return to action on Feb. 17 at home against Virginia Tech at 1:00 pm in the Play4Kay pink game at Littlejohn Coliseum. The Lady Tigers also wore pink on Thursday at Maryland in order to help promote the cause of breast cancer awareness. The game will be part of a doubleheader in Littlejohn, as the men’s team will play No. 3 Miami at 6:00 pm.

Nikki Dixon had 13 points to lead the Tigers, but no one else scored in double figures as Maryland improved to 41-24 in the all-time series. It was Clemson’s 12th straight loss in the series overall.

Aisha Turner had nine points and four assists in a team-high 37 minutes, while Natiece Ford added seven points in her return from an injury. Charmaine Tay and Quinyotta Pettaway each added a team-best seven boards.

Maryland’s Tianna Hawkins had 30 points (11-18 FG, 7-7 FT) and 12 rebounds, and Alyssa Thomas had 17 points and eight rebounds, despite playing with foul trouble. The Terrapins were accurate shooting, scoring 25 points on jumpers outside of the paint.

Some of Clemson’s strongest play came at the end of the first half, when the Lady Tigers closed on a 9-1 run, including seven points from Dixon during that stretch. The Tigers hit 11-27 (.407), including four of their final five shots from the floor. By contrast, Maryland hit just 12-38 (.316) in the half. Hawkins posted 17 points and ten rebounds, with all of her points coming in the first 12 minutes of the half.

Maryland shot .654 in the second half, the highest percentage in a half against the Lady Tigers this season, surpassing the .640 mark the Terps registered in the first meeting.