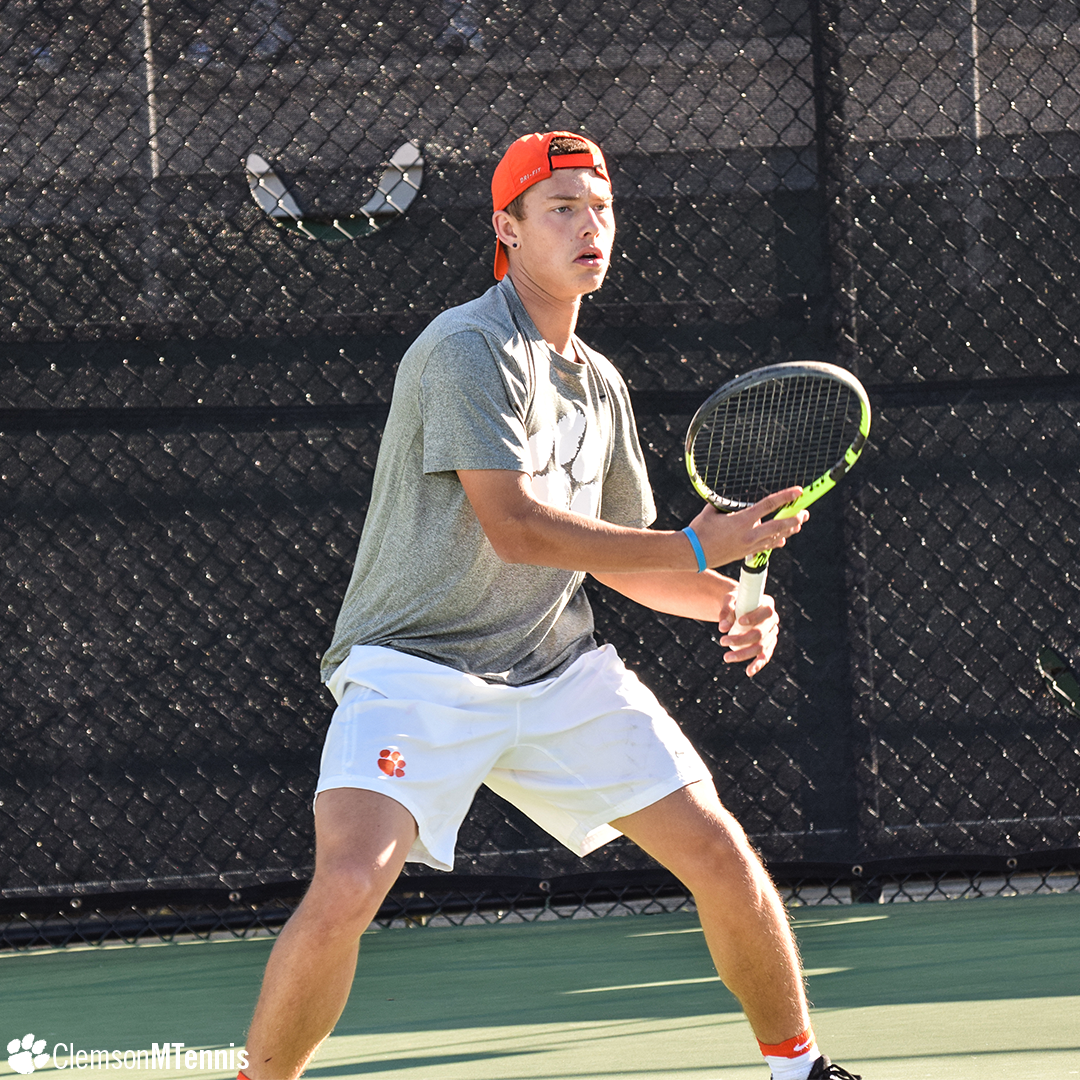 Clemson Falls at No. 23 South Carolina

COLUMBIA, S.C. – The Clemson men’s tennis team fell to the No. 23 South Carolina Gamecocks Friday night at the Carolina Tennis Center, 6-0. The Tigers fell to 8-6 overall with the loss, while the Gamecocks improve to 12-3. The Certified SC Grown Palmetto Series is now tied 7-7.

In doubles play the Tigers fell behind quickly after the Gamecocks were victorious on court three, 6-0. On court one, junior Alex Favrot and senior Arturo Pinazo found themselves down 1-3 before battling back to even the score at four but their comeback effort came up short, and the Gamecocks clinched the doubles point.

Clemson returns to the courts and ACC play next Friday, March 17 against Florida State at 5 p.m. in Tallahassee, Fla.