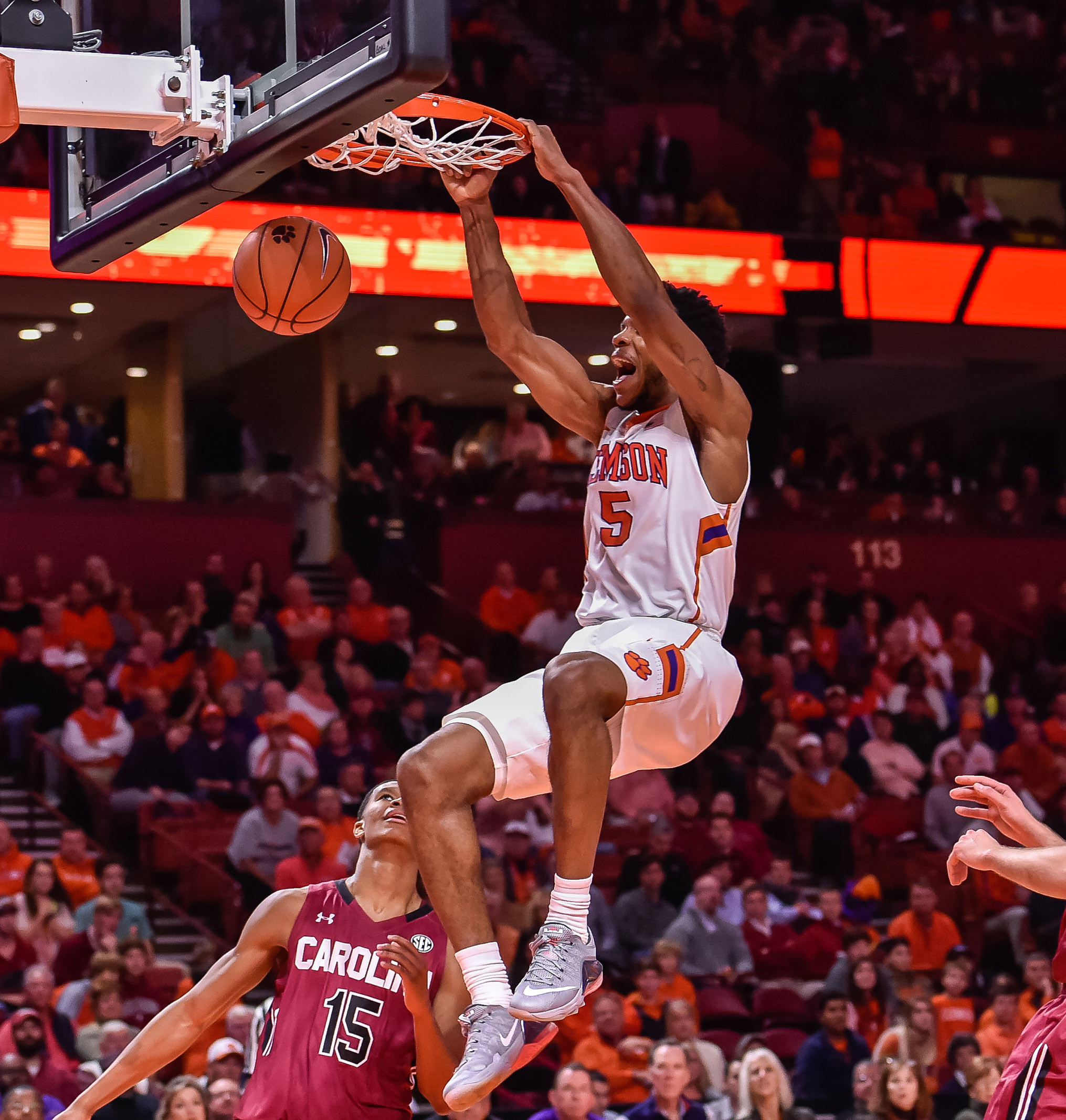 CHARLOTTESVILLE, VA. — A five-game ACC winning streak came to an end Tuesday as Clemson fell to No. 13 Virginia by a score of 69-62 in John Paul Jones Arena. The loss dropped the Tigers to 12-7 on the season, 5-2 in ACC play. The Cavaliers improved to 14-4 overall, 3-3 in league play.

Jaron Blossomgame, the reigning Naismith Trophy and ACC Player of the Week, was impressive yet again for the Tigers. He posted a team-high 23 points, his seventh such effort this season, to go along with six rebounds. He made a career-high four three-point goals. Landry Nnoko was the only other Clemson player in double figures with 15 points.

Clemson trailed by six, 18-12, before putting together a 9-0 run in the opening half that included a steal and slam by Jordan Roper and beautiful backdoor cut for a layup by Gabe DeVoe. Virginia regained the lead, but the big first half continued for Blossomgame, as he hit his third trifecta at the four-minute mark to give Clemson a 26-25 edge. The Tigers went cold, hitting just one of their final five shots of the half to trail 31-28 at intermission.

The Tigers tied it early in the second half at 35 on a three-point play from Nnoko, but UVa scored 10 of the game’s next 12 points to take a 45-37 edge. The cushion grew to as much as 11 points at 52-41, but Clemson started to hit some open looks. A three-pointer by Donte Grantham fell with just under six minutes to play that pulled the Tigers within six at 55-49.

Clemson actually pulled within two at 53-51 on an Avry Holmes layup. But the Tigers could not knock down enough shots inside the final five minutes to overcome the deficit, and UVa salted the game away at the free throw line.

The Tigers enjoy a few days off before returning home to face Pittsburgh in Bon Secours Wellness Arena on Wednesday, January 27. The Tigers and Panthers tip off at 7 p.m. Tickets are available for purchase by calling 1-800-CLEMSON or visiting ClemsonTigers.com.