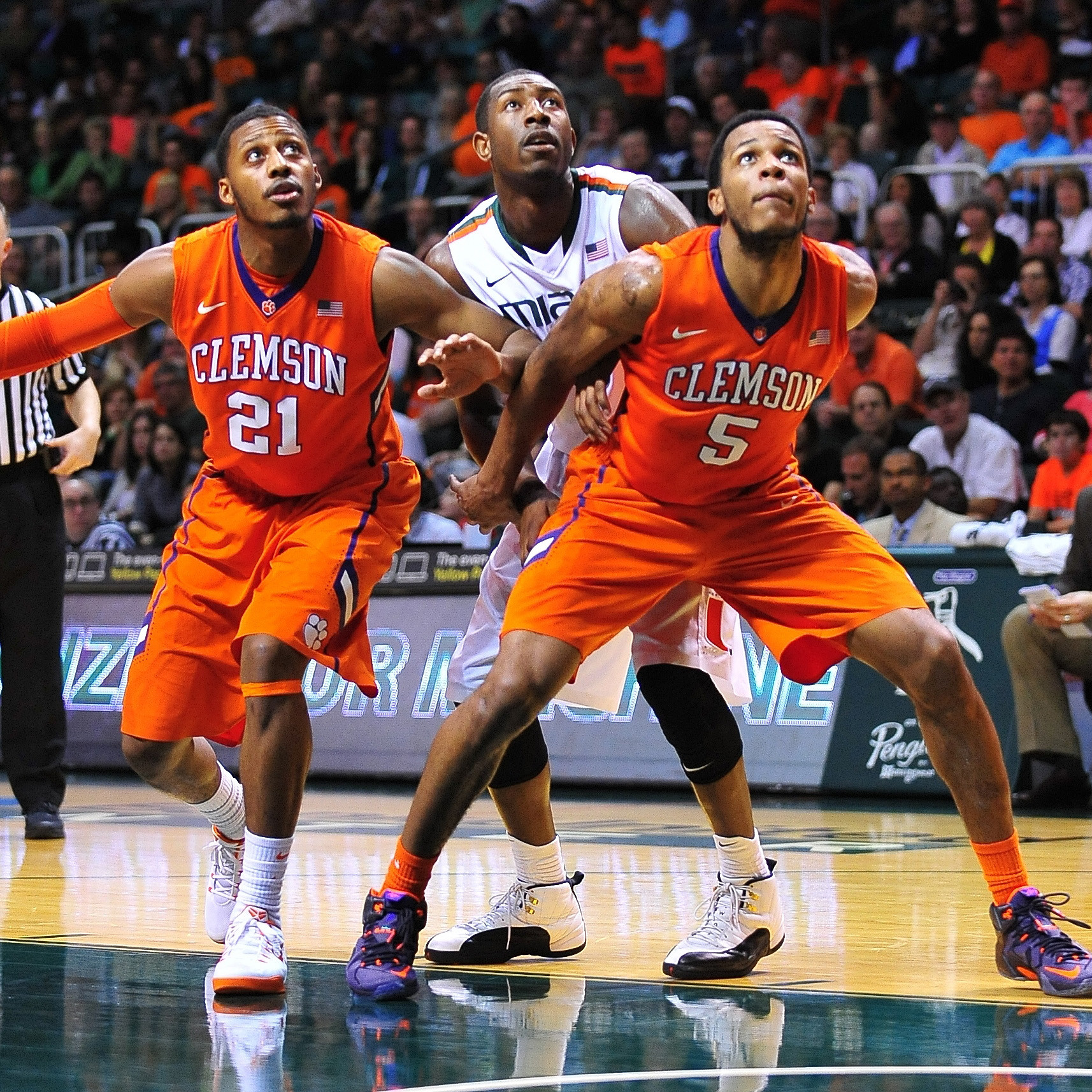 Donte Grantham and Jordan Roper posted 10 points apiece to lead the Tigers, but could not help the team overcome 33 percent shooting. Clemson struggled behind the arch, connecting on 25 percent of its attempts, and made no free throws for the first time in 155 games in the Brad Brownell era.

Clemson controlled much of the first half, leading 13-9 after holding the ‘Canes without a field goal for better than six minutes at one point. But reserve forward Ivan Cruz Uceda buried two shots from long distance to give Miami an 18-15 lead. Brownell called timeout, and Clemson responded with five points and took a 20-18 lead before Uceda’s third trifecta. Scoring slowed in the final minutes of the half, as Miami’s last field goal was with 3:15 to play and Clemson’s at the 2:15 mark.

Miami’s 13-0 run came after Grantham hit his second three-pointer of the game at the 18:35 mark. It would be Clemson’s only points until Jaron Blossomgame scored a putback more than six minutes later. During the stretch, the ‘Canes made eight of their first 10 shots in the frame and opened the game up.

Clemson cut it to 46-43 late in the period, after Austin Ajukwa slammed one home and Josh Smith followed with his third layup of the half. But again UM answered from long distance, as Manu Lecomte made two straight to push the lead to 52-43. Clemson made just one of its final 14 shots, while Miami made 10 three-pointers in the game.

The Tigers face a quick turnaround, as they will host a top-25 Notre Dame team on Tuesday at 7 p.m. The game will be televised by ESPN2.