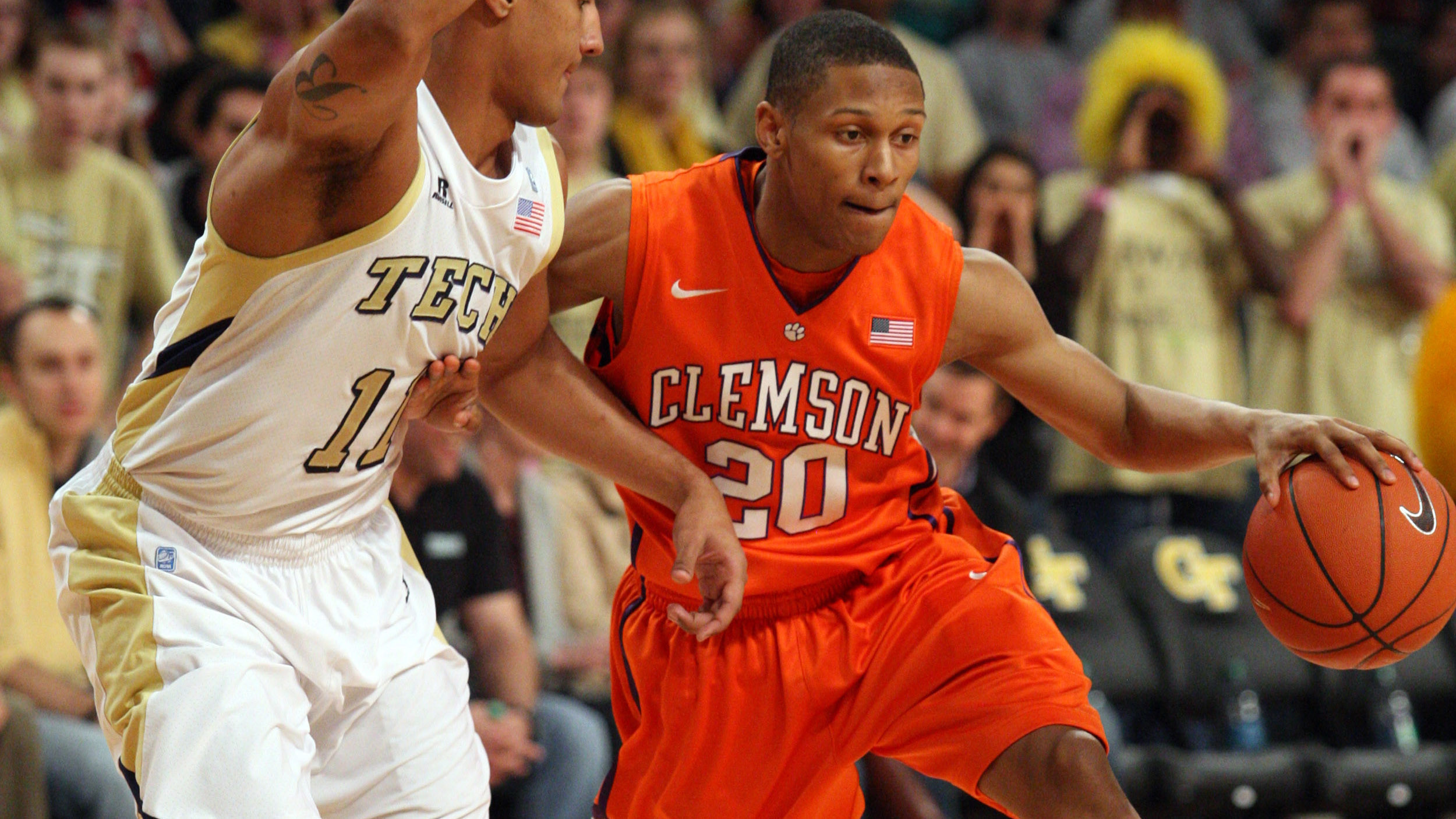 Clemson Falls 62-49 at Miami to Close Out Regular Season

CORAL GABLES, FL – With a tie game at halftime, Clemson suffered an offensive drought to start the second half Saturday in a 62-49 loss to Miami at the BankUnited Center. With the win, the Hurricanes won the ACC regular season title outright – their first since joining the league in 2004-05. The loss gave Clemson a final regular season record of 13-17, 5-13 in the ACC. The Tigers’ seed and opponent for next week’s ACC Tournament will be announced Sunday by the conference office.Jordan Roper led the Tigers with 12 points, his second double-figure effort against the ‘Canes. He did not score after the first media timeout, however. Devin Booker, who did not score in the first half, added 11 to reach double figures a 15th time in 18 ACC games. Kenny Kadji, one of five Miami seniors honored before the game, led the Hurricanes with 23 points and made 4-of-6 from three-point range.Clemson struggled offensively, shooting just a .400 (18-for-45) figure for the game. For a fourth straight game, Clemson shot less than 30 percent from three, making just .231 (3-for-13). The Tigers were out-rebounded by a -12 margin, but won the turnover battle with only 10 to Miami’s 14. The Hurricanes shot just .422 overall (19-for-45), but made nine of 21 (.429) from deep.Roper picked up right where he left off from the first meeting against Miami when he had 19 in Clemson on Feb. 17. He connected on his first five shots from the field and produced the Tigers’ first 12 in the game Saturday. Jennings nailed a three from the right wing to give Clemson a 15-14 lead at the halfway point of the opening half, but McKinney Jones answered right back with a corner trey.K.J. McDaniels returned to action and emphatically slammed home a pass from Rod Hall following a steal to bring Clemson back within two at 19-17 with 6:07 left in the first half. With the ‘Canes ahead four, little-used freshman Josh Smith made a layup and Hall followed with a thunderous one-hand jam a possession later to tie it at 23 with under two to play. Clemson took a lead at the one-minute mark as McDaniels scored on a putback, but Miami got a tip-in from Julian Gamble on the other end to tie the game at 25 at the break.Miami applied a 13-3 run to start the second half behind Kadji who scored seven straight to help give the Hurricanes a 36-28 lead. Clemson missed six of its first seven shots and struggled to score mightily against Miami’s tall frontcourt. Booker, Clemson’s leading scorer, did not get on the board until a layup at the 10-minute mark of the second period.Shane Larkin did not score in the first 31 minutes Saturday, but got on the board with a pair of backbreaking threes after Clemson had gotten within six at 38-32. His second made it 44-34 in favor of Miami with 7:50 to play. The ‘Canes held a double digit lead the rest of the way.