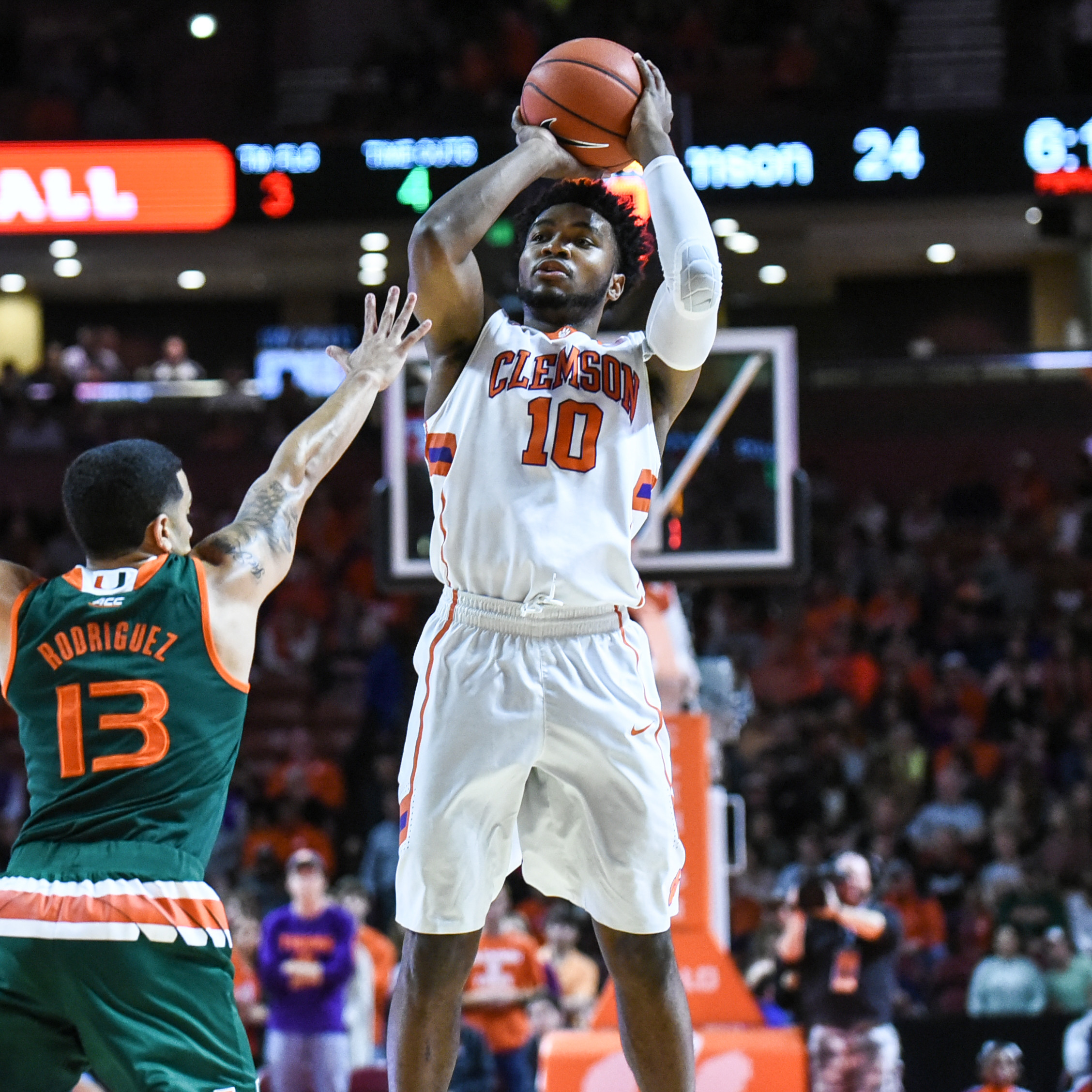 • Clemson has won five consecutive ACC games, a first for the program since the 1996-97 team started 5-0.

• The Tigers have won three straight over ranked opponents for the first time in their history. Clemson has an opportunity to make it four on Tuesday against No. 13 Virginia. Clemson’s most recent road win over a ranked opponent was at Virginia Tech on March 4, 2007.

• Clemson received votes in both polls this week, a first since 2010.

• Clemson is the first ACC team to pull off three straight wins over ranked opponents in the regular season since Wake Forest in 2002-03.

• A win Tuesday would tie this year’s Tigers with the 1989-90 team for the second-longest ACC winning streak in school history at six games. The 1966-67 team holds the record with seven in a row.

• The Tigers aim to snap a three-game skid against the Cavaliers. Clemson’s most recent win in the series came at home in 2012-13.

• Jaron Blossomgame scored his ACC career high with 25 points in the upset of No. 8 Miami; 17 of his points came in the second half.

• Blossomgame was named ACC Player of the Week on Monday.