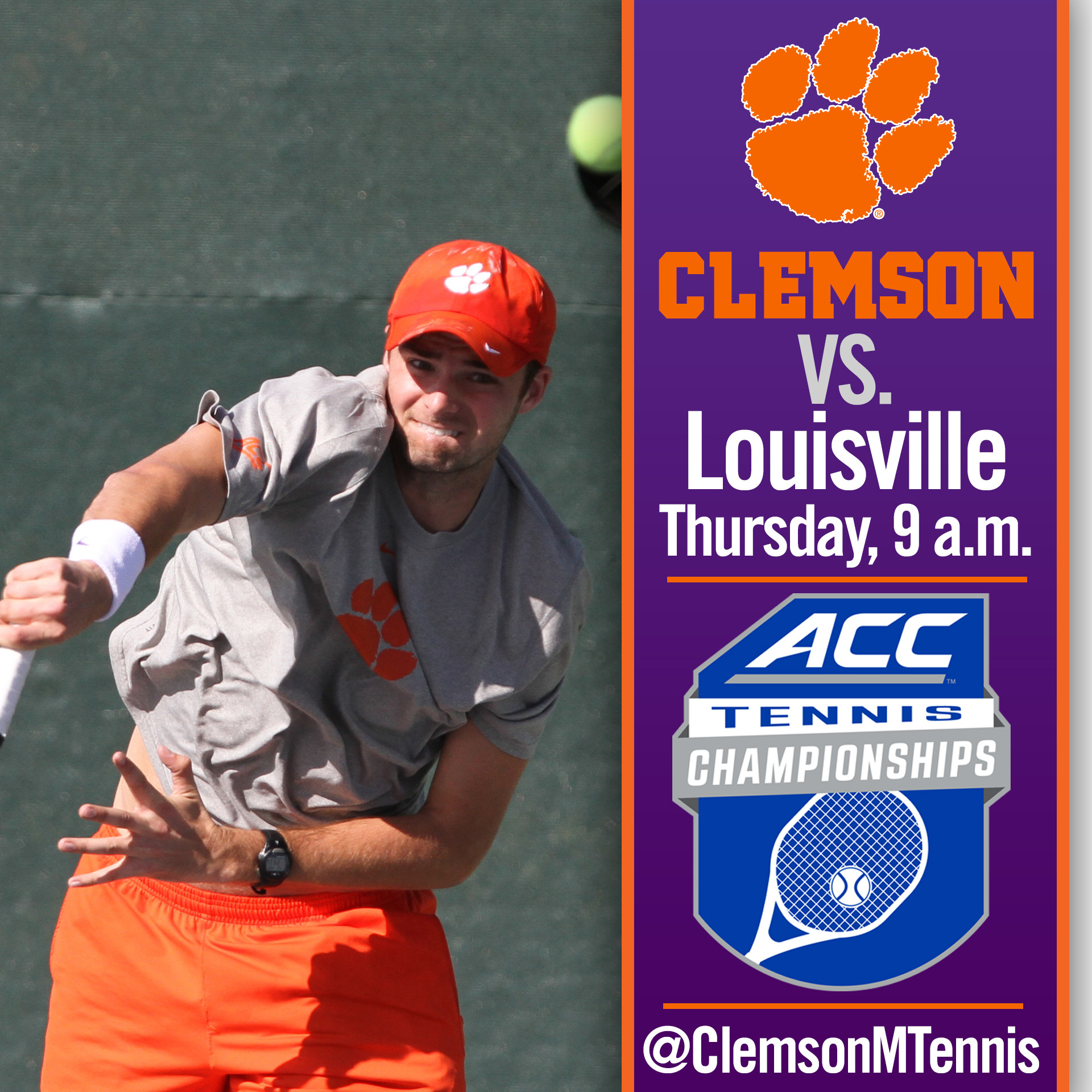 CLEMSON, S.C. – The Clemson men’s tennis team will face sixth-seeded Louisville in the first round of the 2015 ACC Tournament in Cary, N.C. Thursday morning at 9 a.m. The Tigers are the tournament’s No. 11 seed after finishing the regular season with a 11-15 overall record and a 2-10 record in ACC play. Should Clemson advance past Louisville, the Tigers will meet Wake Forest on Friday at 9 a.m. Live scoring will be available for Thursday’s match, and updates via Twitter @ClemsonMTennis will also be provided. Live video streaming will be available for the semifinal and final matches on Saturday and Sunday, respectively.

Clemson wrapped up it’s 2015 regular season last weekend with a loss to No. 15 North Carolina at Clemson’s Indoor Tennis Center. The Tigers fell down early after losing a close doubles point, rallied, but fell just short as the Tar Heels won 4-3.

Freshman Hampton Drake has been a bright spot for the Tigers during the last few weeks, the Hilton Head native has won his last five matches. Drake and partner Robert Dudley played well in doubles against North Carolina as well, proving resilient against the 40th-ranked duo of Brett Clark and Robert Kelly. Clemson’s Daffra Sanon, a transfer from the University of Washington, scored Clemson’s biggest win of the day against the Tar Heels. Sanon lost his first set to UNC’s Jack Murray, ranked 111th nationally, but won the next two sets to take the match.

Clemson and Louisville met earlier this season for only the sixth time in the history of the two programs. The Cardinals visited Hoke Sloan Tennis Center and came away with a 5-2 win on March 29.

Clemson trails Louisville 2-4 in the all-time series between the two programs.