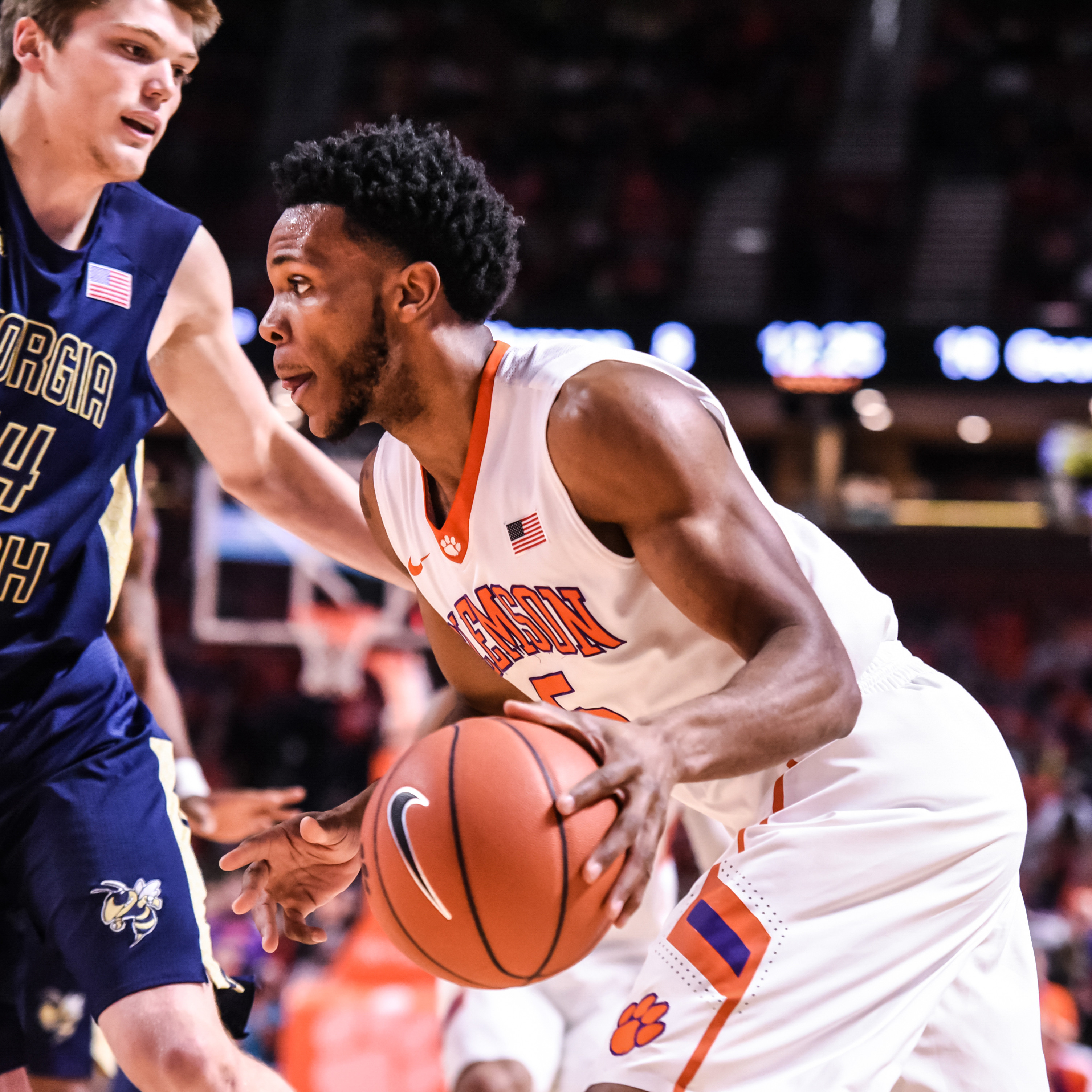 • Clemson meets Georgia Tech for the second time in the last three years in the ACC Tournament. The winner advances to face 2-seed Virginia.

• The Tigers and Yellow Jackets split the season series, with both teams winning at home. Clemson’s 66-52 win was the Jackets’ largest margin of defeat in an ACC game this season.

• The Tigers tied for seventh after being predicted 12th by ACC media.

• Junior forward Jaron Blossomgame was named first-team All-ACC (ACSMA, coaches) after posting the third-best scoring average overall and in league play. Blossomgame was also the recipient of the ACC’s Most Improved Player award.

• Blossomgame is on pace to become the first Clemson player in history to shoot at least 50 percent overall, 40 percent from three and 75 percent from the free throw line in the same season.

• Blossomgame has made at least three long-distance shots in each of Clemson’s last four games, the longest streak by a Tiger this season.

• Senior center Landry Nnoko was named to the All-ACC Defensive Team (ACSMA, coaches) after leading the league with 2.4 blocks per game.

• Donte Grantham posted 13 points and eight rebounds in Clemson’s win at Boston College to close out the regular season. He posted 16 points in the most recent game against Georgia Tech, all in the second half, in Atlanta.

• Avry Holmes has collected at least one steal in 15 straight games, with a high of six in the first meeting against Georgia Tech.