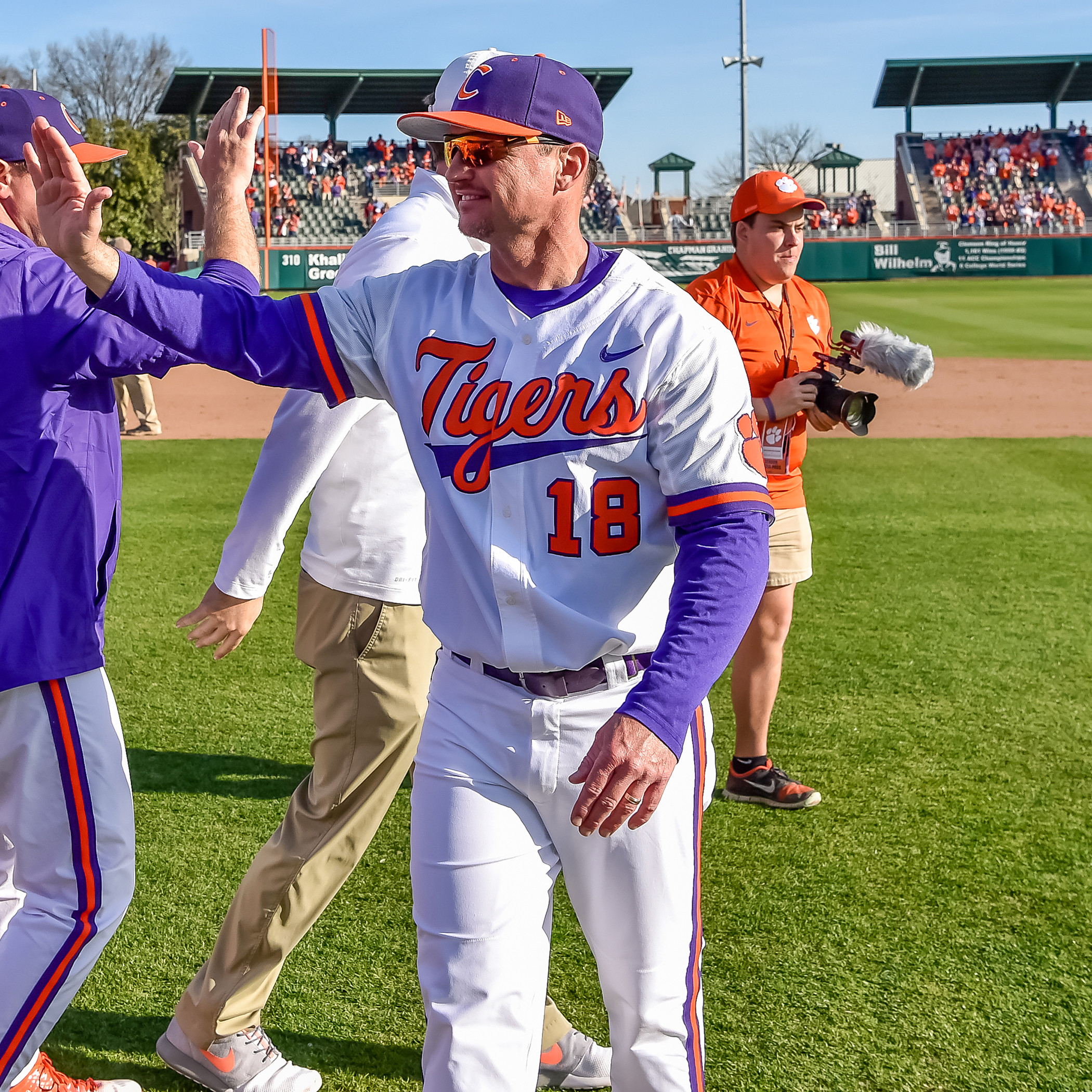 The Tigers travel to Greenville and Cullowhee to take on Furman and Western Carolina, respectively, in midweek contests.

CLEMSON OVERVIEW• Clemson suffered a three-game sweep at No. 4 Miami (Fla.) last weekend. Two of three three losses were by one run on walkoff hits.• The Tigers are averaging 6.9 runs per game and hitting .288 with a .392 on-base percentage and 22 steals.• The pitching staff has a 3.06 ERA, .230 opponents’ batting average and 2.56 strikeout-to-walk ratio and Clemson is fielding .961.

FURMAN OVERVIEW• Furman is led by 23rd-year head coach Ron Smith.• The Paladins beat Samford twice in three games at home last weekend. They are hitting .282 and have a 5.63 ERA and .971 fielding percentage.• Jabari Richards is hitting .395 with four homers, 13 RBIs and five steals. Jordan Simpson is batting .367 with three homers and 23 RBIs.

WESTERN CAROLINA OVERVIEW• Western Carolina is led by ninth-year head coach Bobby Moranda.• The Catamounts beat East Tennessee State twice last weekend. They are hitting .306 and have a 7.18 ERA and .961 fielding percentage.• Matt Smith is hitting .391 with five homers and 21 RBIs, while Garrett Brown is batting .352 with 13 stolen bases.

QUICK HITS• Clemson has defeated Furman 13 times in a row dating to the Paladins’ 4-2 win in 14 innings on March 3, 2009.• Clemson hit eight home runs in the series at No. 4 Miami (Fla.). But only 10 runs scored on those eight long balls.• The Tigers have hit 19 home runs in their nine ACC games. No other ACC team has double-digit homers in ACC games this season.

CRAWFORD EFFECTIVE OUT OF THE PEN• Freshman righthander Brooks Crawford came to Clemson as both a pitcher and hitter, but he has made a home on the mound in 2016.• In 17.2 innings pitched over 10 relief appearances, he is 2-0 with one save, an 0.51 ERA and a .179 opponents’ batting average.• He leads the team in ERA thanks in large part to limiting opponents to a .111 batting average with runners on base.• He has only allowed one of 12 inherited baserunners to score.