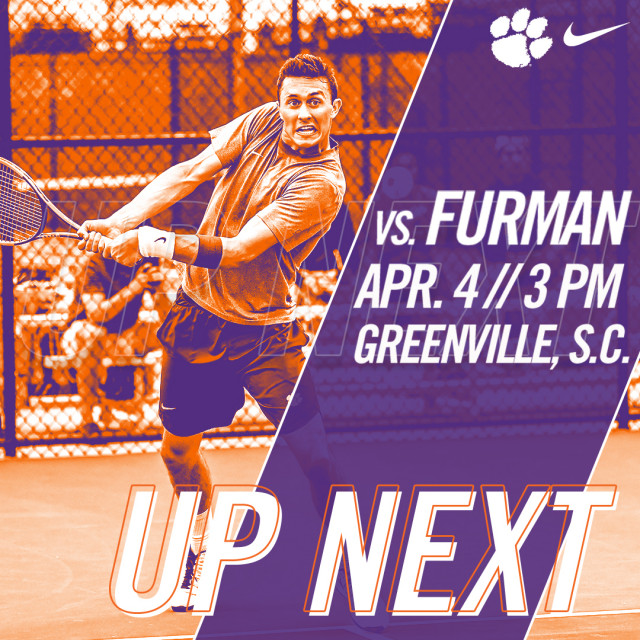 -In their most recent action, the Tigers fell 4-3 to Virginia Tech on Saturday afternoon in Anderson, S.C.

-Clemson has won the doubles point in 10 of its 14 matches on the season. The Tigers have a 6-4 record in those ten matches.

-Alex Favrot is ranked 59th according to the ITA singles rankings. He has defeated three ranked opponetns, No. 12 Guy Iradukunda of Florida State, No. 39 Carlos Divar of Georgia Tech and No. 95 David Volfson of Cornell.

-The duo of Favrot and Simon Baudry are ranked 34th in the country according to the ITA doubles ranking that were released on April 3, 2018. The two are 7-3 in dual matches at No. 1, defeating the 14th ranked team of Jose Gracia and Lucas Poullain 7-5 Mar. 2.

-Sam Edwards and Yizhou Liu have teamed up to form the Tigers’ No. 2 doubles team, and the two are to 8-4 in dual matches this season, including a big win over Florida State’s 35th ranked team of Aziz Dougaz and Guy Iradukunda on Mar. 2.

-The Tigers hold a 32-4 advantage over the Paladins after defeating Furman, 7-0 in 2014 when the two teams last met.