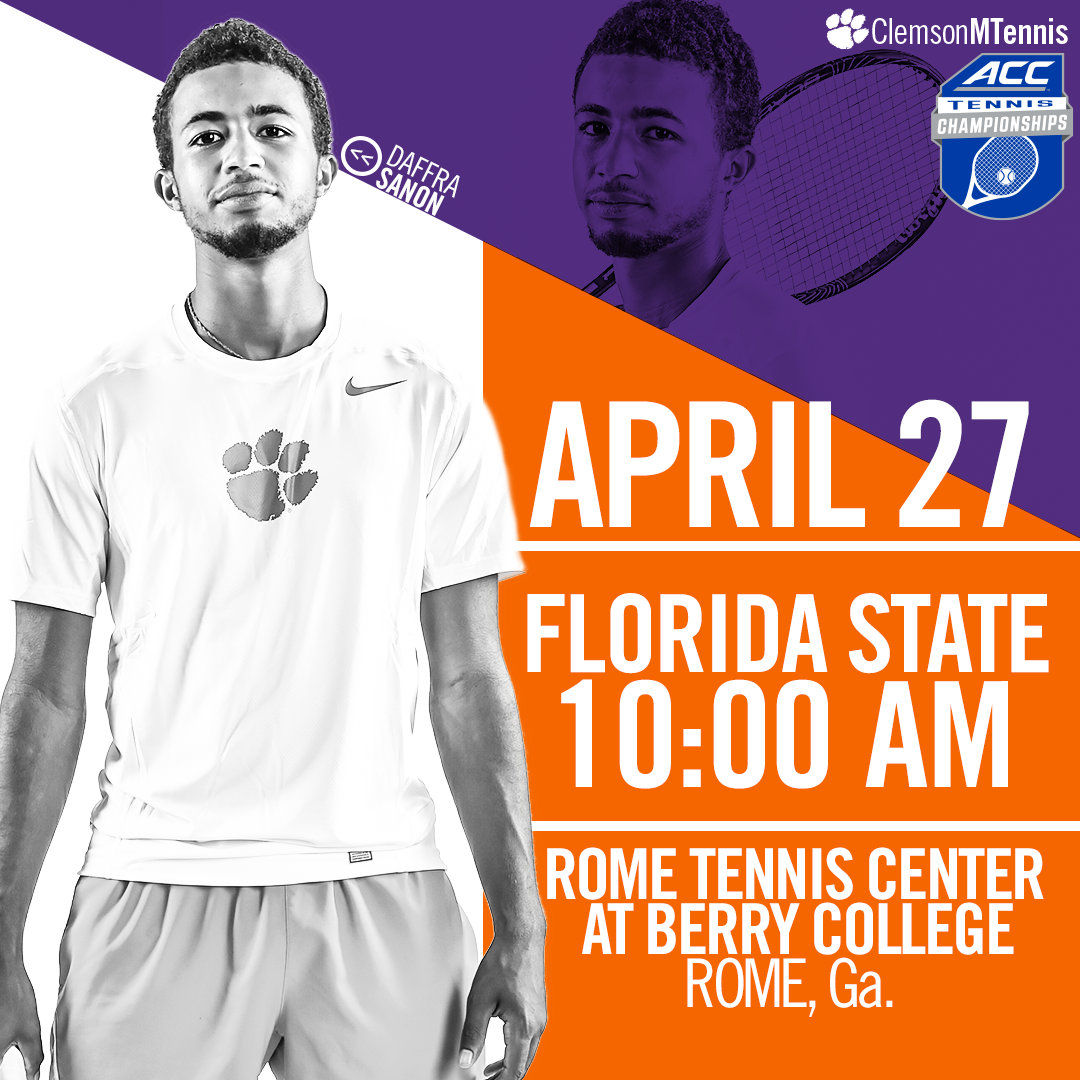 CLEMSON, S.C. –  The Clemson men’s tennis travels to Rome, Ga. on Thursday for the second round of the 2017 ACC Championship. 11th-seeded Clemson is set to face the sixth-seeded Florida State Seminoles on Thursday, April 26 at 10 a.m. at the Rome Tennis Center at Berry College.

The Tigers are coming off a 6-1 win at Boston College this past Sunday to conclude the regular season. Florida State has won three of their last five matches with their only losses coming to No. 1 Wake Forest and No. 2 Virginia. The Seminoles are also ranked No. 32 in this week’s ITA Rankings. The two sides met earlier this year on March 17 in Tallahassee where Florida State was victorious, 6-1. Senior Daffra Sanon and junior Sam Edwards continue to sit at No. 37 in the ITA doubles rankings.