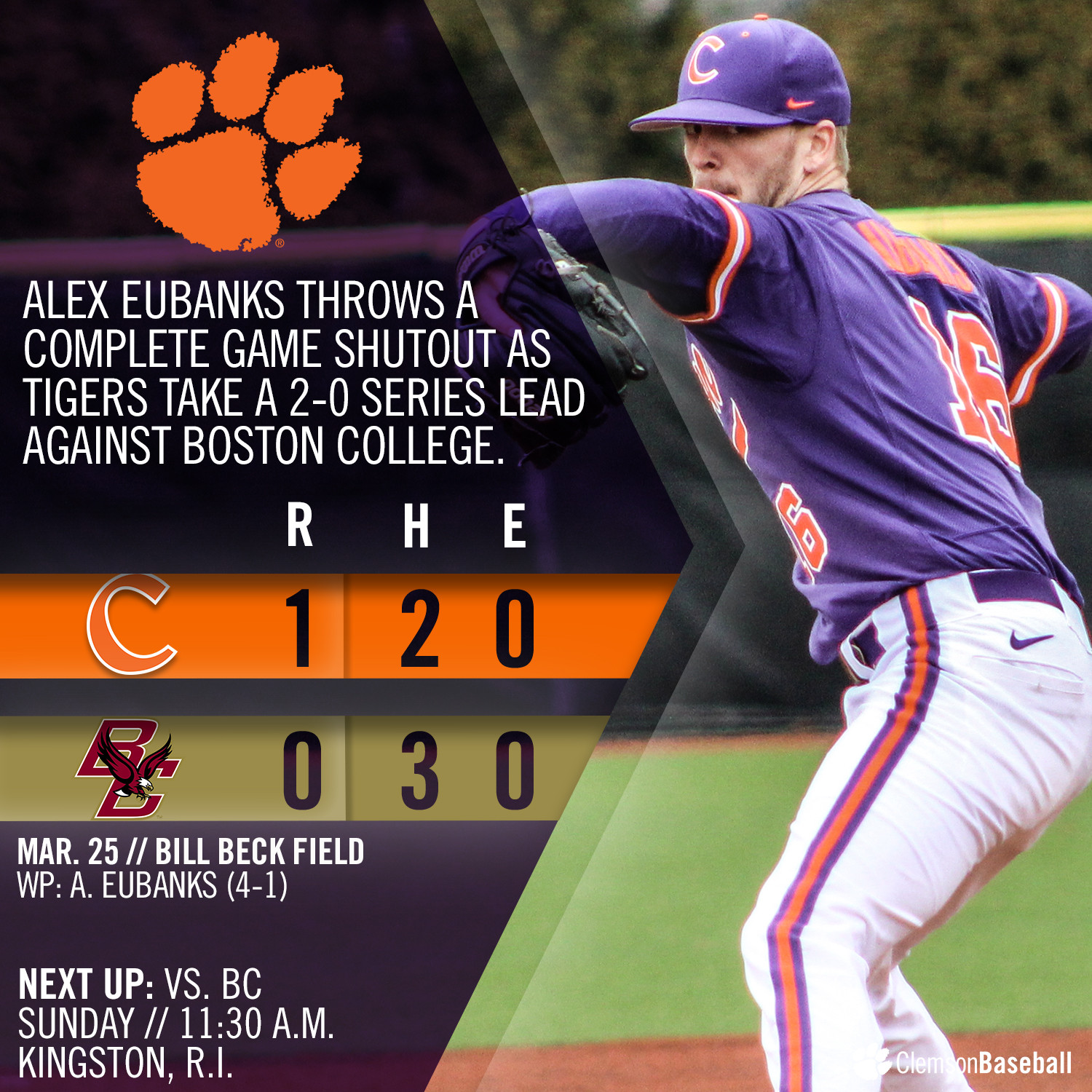 KINGSTON, R.I. – Alex Eubanks pitched a three-hit shutout to lead No. 6 Clemson to a 1-0 victory over Boston College at Bill Beck Field on Saturday afternoon. The Tigers, who won their school-record 14th game in a row away from home, their fifth consecutive game overall and took a 2-0 series lead, improved to 19-4 overall and 7-1 in the ACC. The Eagles dropped to 7-13 overall and 1-7 in ACC play.

Eubanks (4-1) earned the win by allowing just three hits, no runs and no walks with a career-high-tying 10 strikeouts in 9.0 innings pitched. The sophomore righthander did not get to a three-ball count on any Boston College batter. Eagle reliever John Witkowski (0-1) suffered the loss.

The Tigers struck first in the seventh inning without the benefit of a hit. Logan Davidson and Andrew Cox led off with walks, then they moved up on Drew Wharton’s sacrifice bunt. Pinch-hitter Robert Jolly followed with a grounder to third, and Davidson’s jump off third base allowed him to score before the throw arrived to the plate.