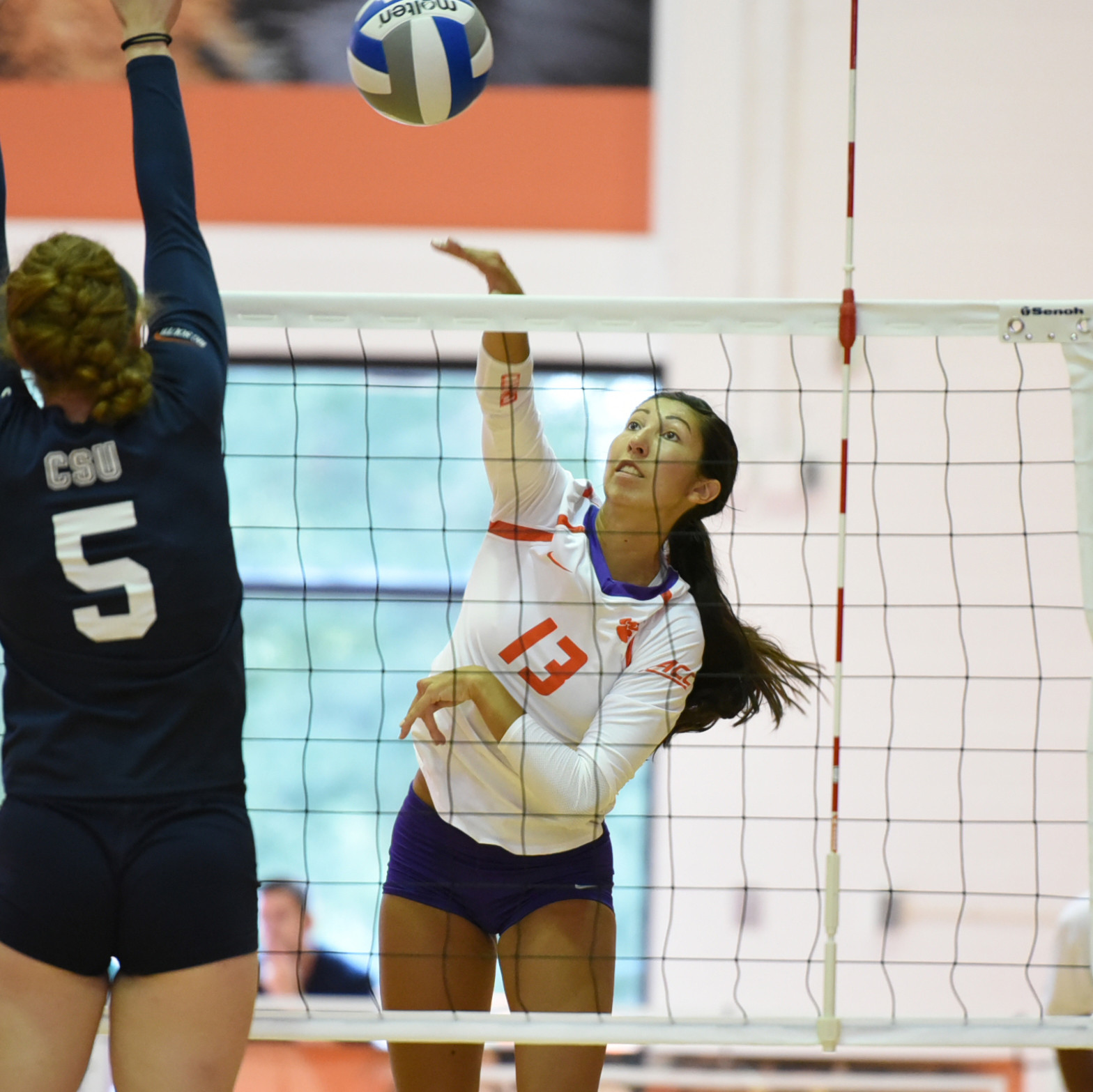 “We lost to a team that did well offensively, I thought they had a really good offensive game,” said head coach, Hugh Hernesman. “They caught fire in the fourth set and we didn’t have a whole lot of answers so you just have to tip your cap to people when they play well. I feel like our team continues to get better and that’s our primary focus right now.”

It was a tight contest throughout as there were a total 32 tie scores in the match and the first three sets were each decided by two points.

“Up to this point we’ve been in a lot of close sets. I think in those scenarios you see our lack of experience playing together,” said Hernesman. “But, it’s encouraging to me that we’re in that position to win sets. It’s a play here or there that can make a really big difference and I think our team is starting to learn the value of that.”

Kate Federico made a number of key plays, finishing the match with 38 assists and five kills on just 13 swings. She was efficient as well as she converted on 31% of her sets for kills and swung .308 on the day.

Benefiting from their setter’s play was Leah Perri, Kailey Harvell and Sydney Moseley. The three of them each finished with 10 or more kills with Perri leading the trio with 16. Harvell and Moseley finished with 12 and 10 kills respectively while also contributing 17 digs between them.

Moseley matched Federico with two block assists. Middles, Megan McGinley and DeJhana Cotton each contributed three blocks of their own.

Keelie Arneson finished with 21 digs as the libero. She leads the ACC in digs per set with a 5.25 average and 63 digs on the season.

“I told the team in the locker room afterwards that today compared to a week ago today is totally different. I think that’s the thing we are probably most focused on is getting better every match.” 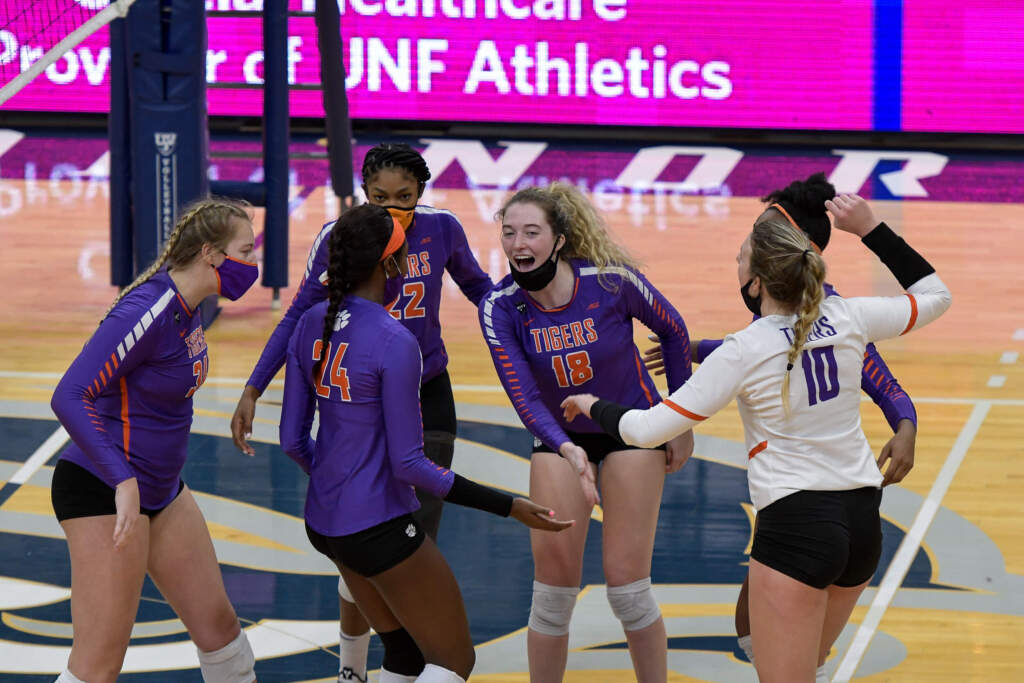