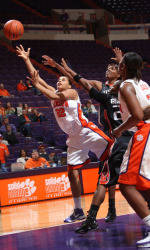 CLEMSON, SC – Clemson freshman Sthefany Thomas scored all but three of her team-best 16 points in the second half, but a late Lady Tiger error cost them a victory over Miami. The Hurricanes won, 66-61, on Tuesday night at Littlejohn Coliseum in the battle between ACC foes.

The score was tied at 61 after a Thomas lay-up with 49 seconds remaining, but Albrey Grimsley hit a jumper on the other end to put Miami on top. Clemson called a timeout it did not have on its next possession, which gave the Hurricanes a pair of free throws and the ball with just nine seconds on the clock.

Maurita Reid, who finished with a game-high 23 points, converted one of the attempts, and Miami (8-9, 1-1 ACC) knocked down two more in the final seconds to secure the victory.

“Our team didn’t realize we were out of timeouts at the end of the game,” said Clemson Head Coach Cristy McKinney, “and that was my fault for not making sure they understood.”

The Hurricanes led the entire first half, but D’Lesha Lloyd put the Lady Tigers on top with their opening possession of the second period. Clemson was up by five with under eight minutes remaining at 51-46 after a pair of Thomas free throws.

Back-to-back field goals by Reid, her only ones of the second half, cut the lead to one and Grimsley gave the lead by to Miami with a basket in the paint.

April Parker responded with a jumper and rebounded and scored off her own miss on the Lady Tigers’ next possession. With her foot on the line, Thomas drained a shot for the 57-54 advantage at the 3:23 mark.

Whitney Hood added a basket with 2:48 remaining to increase the Clemson lead back to five, but the Hurricanes scored the next six points for the 61-59 edge and capitalized on the Lady Tiger mistake to post the victory.

Parker totaled 13 points in the Clemson effort with six rebounds, while sophomore Lele Hardy led the team with eight rebounds. Thomas finished 6-for-11 from the field with a pair of three-pointers, four boards and three steals.

Carla Williams was one rebound shy of a double-double for Miami with 14 points and nine rebounds.

Clemson will travel to Winston-Salem, NC on Monday night for a match-up against Wake Forest. Game time is scheduled for 7:00 pm. 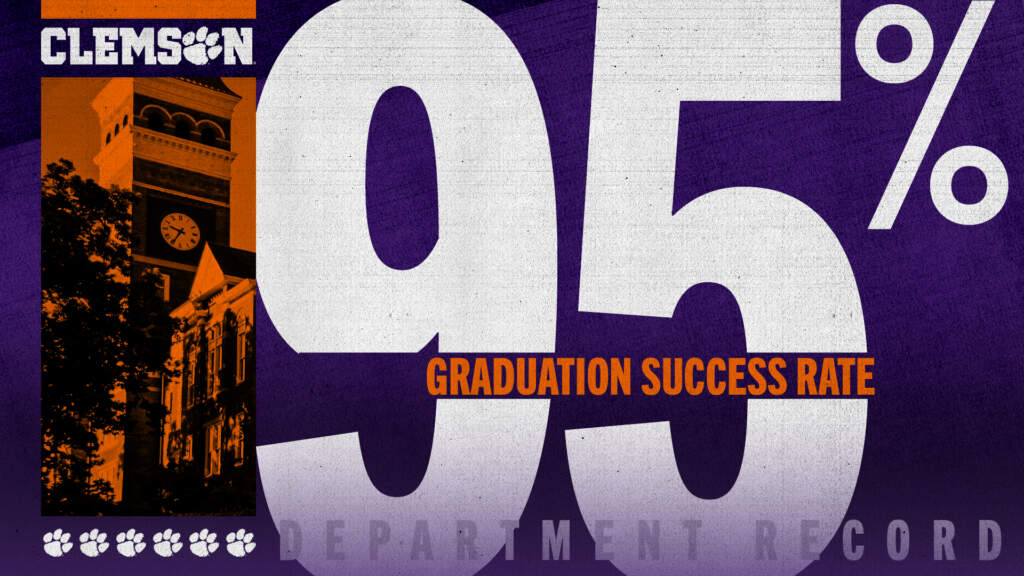