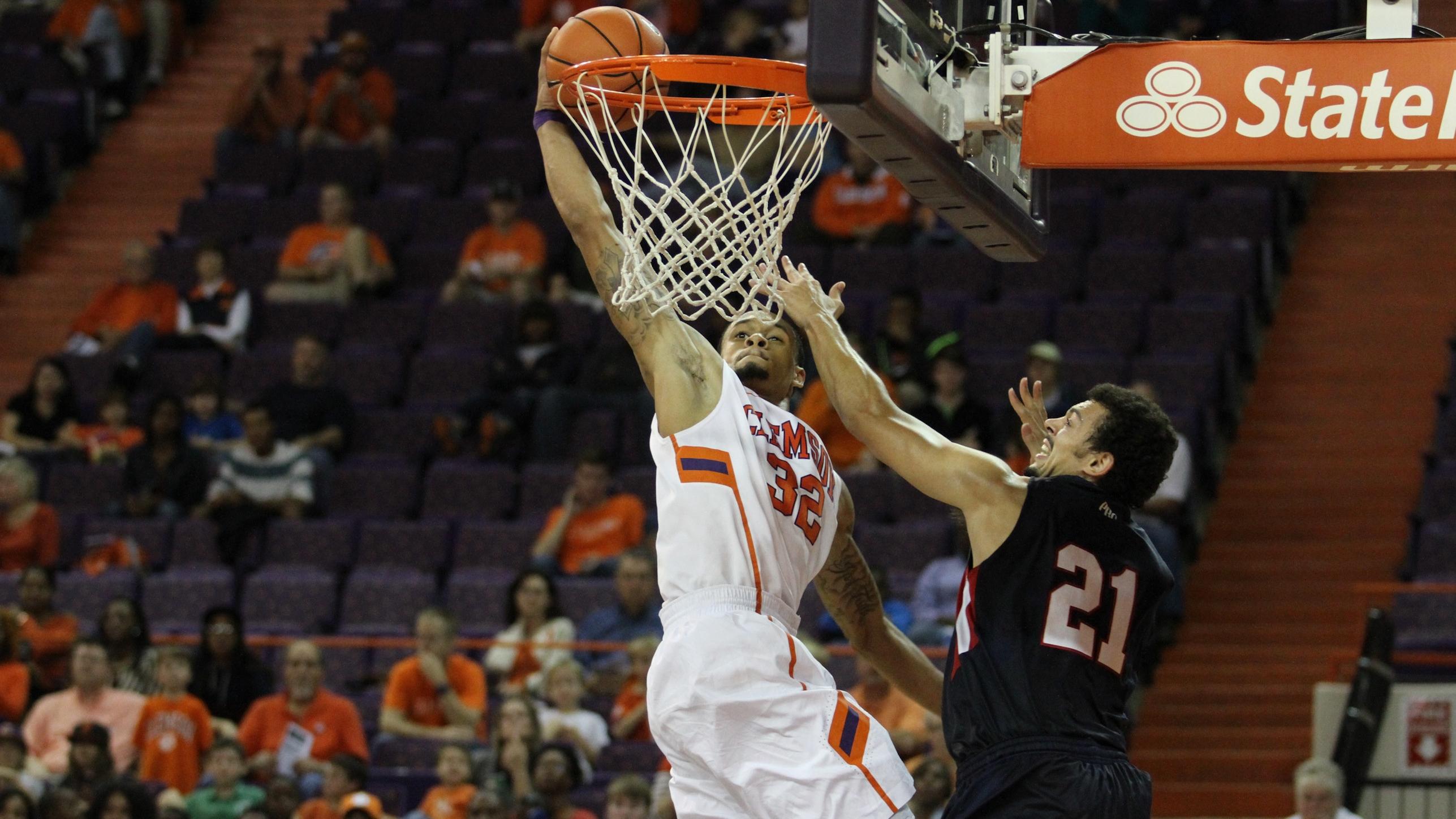 Clemson shot well from the field and the free throw line Friday. The Tigers converted 32-of-53 field goal attempts, including a 78 percent clip in the second half. From the charity stripe, Clemson was 25-for-35 for a 71 percent mark. Clemson enjoyed a +16 rebound margin, while dominating the points in the paint 42-18. Defensively, the Tigers held the Patriots to 28 percent shooting and forced 21 turnovers as well.

The Tigers enjoyed a fast start, jumping out to a 12-0 lead punctuated with a pair of threes back-to-back from Roper and McDaniels. A stingy defense forced the Patriots to miss 13 of their first 15 shots, as Clemson extended the lead to 20-6 just past the 10:00 mark. Jaron Blossomgame made it 31-12 in favor of the Tigers on a strong move inside against the zone.

McDaniels brought the house down on a left-handed follow dunk off a missed three by Damarcus Harrison. Harrison provided one of his own a minute later when he drove right baseline for a two-handed jam, making it 43-18. A tip-in by Sidy Djitte, a freshman from Senegal, provided the final first half score to make it 47-24 at intermission.

Clemson scored the first 24 points of the second half, highlighted early by a driving baseline dunk from McDaniels. The lead stretched past the 40-point threshold for the first time after Ibrahim Djambo made a driving left-handed layup with just over 12 minutes to play. FMU did not score its first basket in the second frame until Sam Caron made a three-pointer with 9:30 to go in the game. Clemson had 16 consecutive stops on defense prior to the made shot.

The Tigers open the regular season at home a week from Friday against Stetson. Call 1-800-CLEMSON or visit ClemsonTigers.com for ticket information.