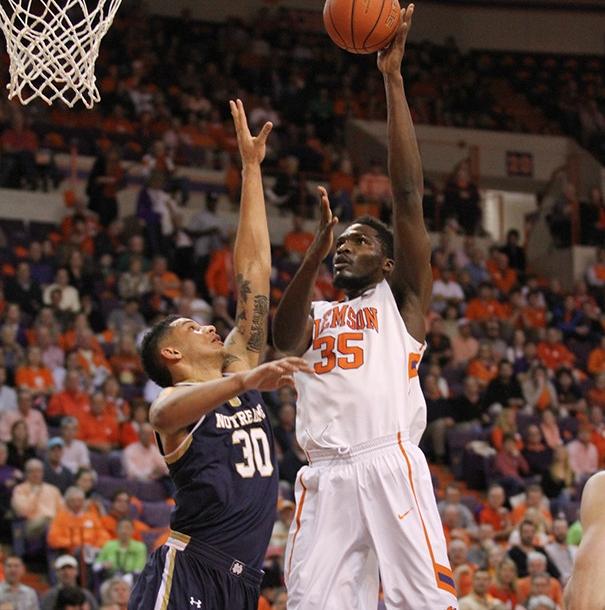 SOUTH BEND, Ind. — Jaron Blossomgame and Landry Nnoko combined for 41 points and 19 rebounds, but it was not enough in an 81-69 loss to No. 11 Notre Dame at the Joyce Center. The Tigers ended the regular season with a 16-14 record (8-10 in ACC play) and next compete in the ACC Tournament on Wednesday, March 11. Clemson is the No. 8 seed, and faces No. 9 seed Florida State in a 12 p.m. game. The tournament is once again being held in Greensboro (N.C.) Coliseum.

Notre Dame shot 54.5 percent and moved to 26-5 on the season, finishing league play at 14-4. The Fighting Irish were led by Jerian Grant and Zach Auguste, who had 19 points apiece. Notre Dame had 20 assists, against just four turnovers. Clemson, meanwhile, shot 41 percent overall but just 4-of-18 from long distance. The Tigers had an 18-to-9 assist-to-turnover ratio in the game.

Clemson played an efficient opening half, making 15 of its 30 shots. Blossomgame made eight of his field goals in the opening stanza, accounting for 17 of Clemson’s 31 points. But the Tigers were hurt by six turnovers and a six-point disparity behind the arc. The Tigers trailed by as many as 11, but trimmed the deficit to 38-31 after the redshirt sophomore scored two baskets in the final 50 seconds before intermission.

The second half saw UND get off to a quick start, as again the Irish extended their lead to double figures. The lead would grow to as much as 21 on a Bonzie Colson dunk that made it 77-56. The Tigers chipped away at it, but the deficit proved too much to overcome despite 15 offensive rebounds in the second 20 minutes.

Blossomgame posted his eighth double-double with 22 points and 10 rebounds. The 22 points were an ACC-high for the redshirt sophomore. Nnoko matched his career-best output with 19, while adding nine boards in his best effort of Clemson’s 18 conference games. 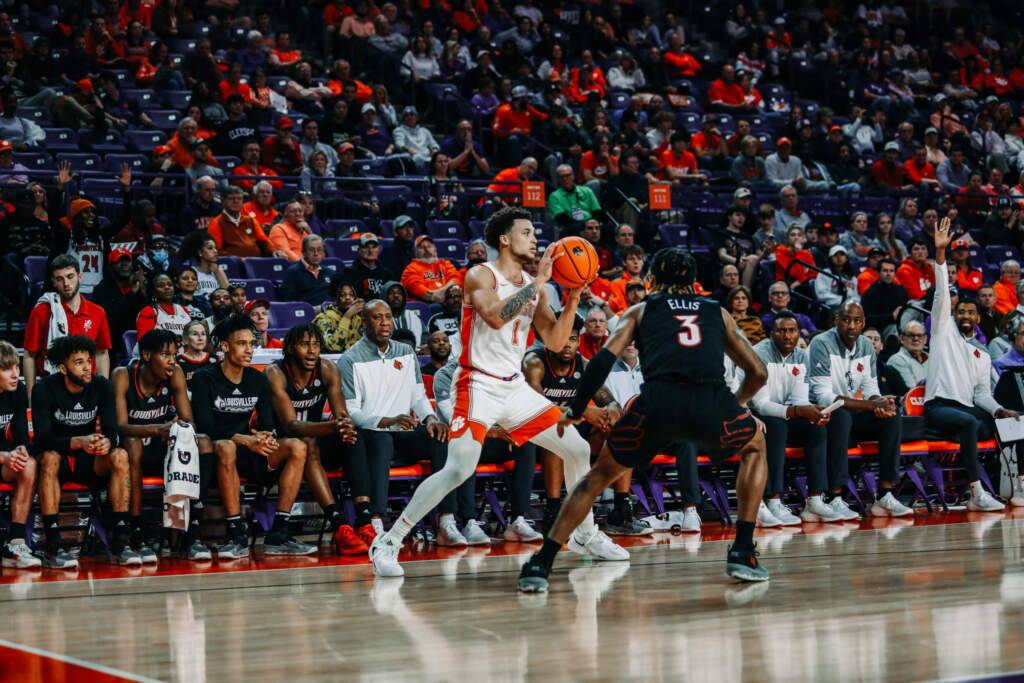