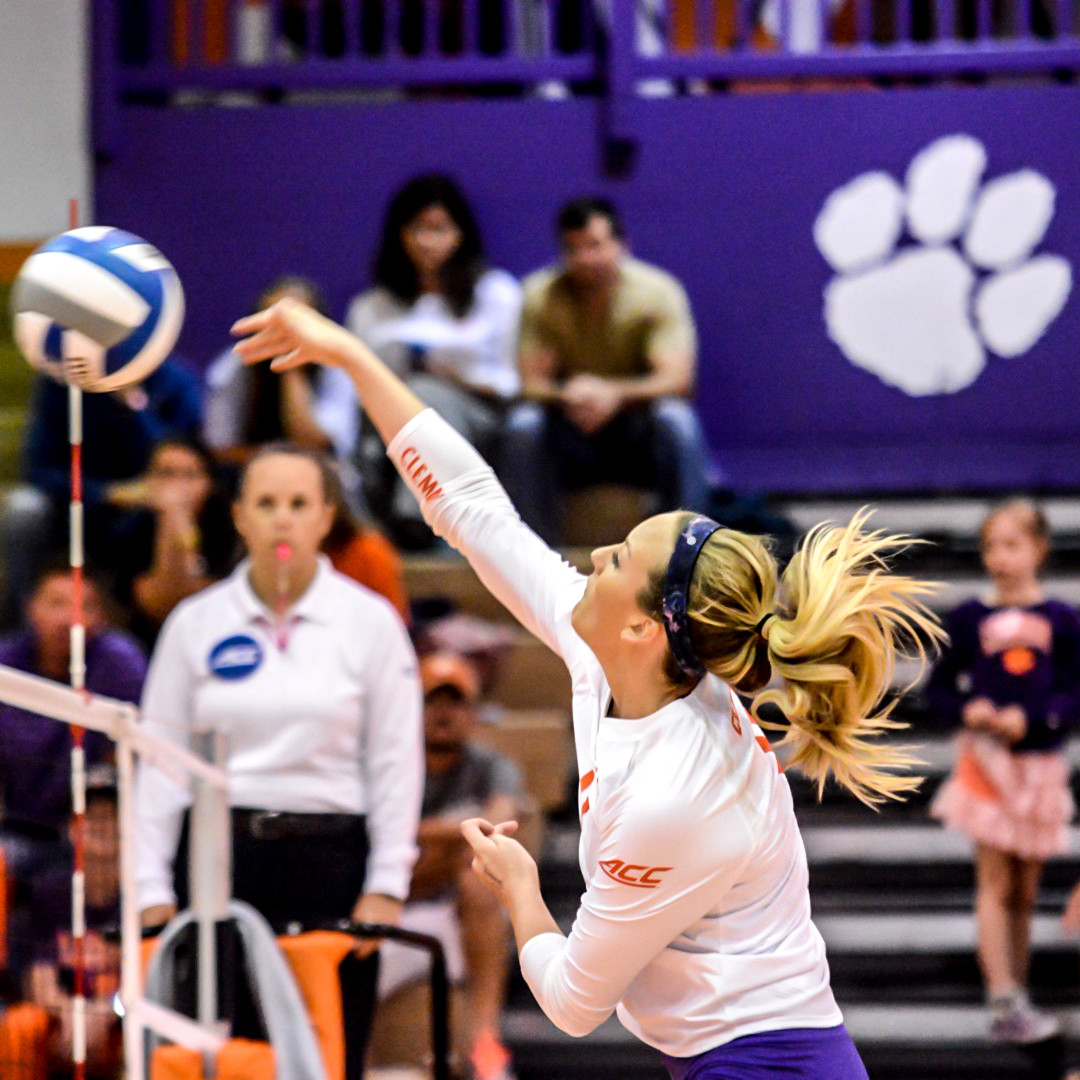 “It took us a little bit to handle their serve but once we did, I felt like we were able to compete but boy they just have so many weapons, you’ve got to play really well.”

“I thought Leah did really well and I really liked Leah’s blocking too. She got us out of a tough sequence in that second set where Janelle Jenkins was scoring at will and she came up with a huge block to get us out of that. So she’s making momentum plays too on top of producing good, efficient offense.”

“She kind of set the tone for us in that third set, she’s very determined. I think she’s starting to become more vocal and trying to get more out of this team. She’s always been a leader by example but I think she’s realizing that she can also be a voice too, and a very respected and valuable voice. That’ll help us along the way and she’s starting to see how valuable that voice can be.”

Megan McGinley followed up her career best blocking effort on Friday with another solid performance Sunday. The freshman middle blocker tallied five blocks to give her 11 on the weekend. Keelie Arneson matched her in digs with 11, marking her 15th straight match with double-figure digs.

Sydney Moseley and Kate Federico were each just two digs shy of double-figures as they finished with eight. Federico added a .286 hitting percentage (3-1-7) with her 18 assists.

Clemson will venture to Virginia to take on Virginia Tech on Friday and will finish the road trip in Pittsburgh.