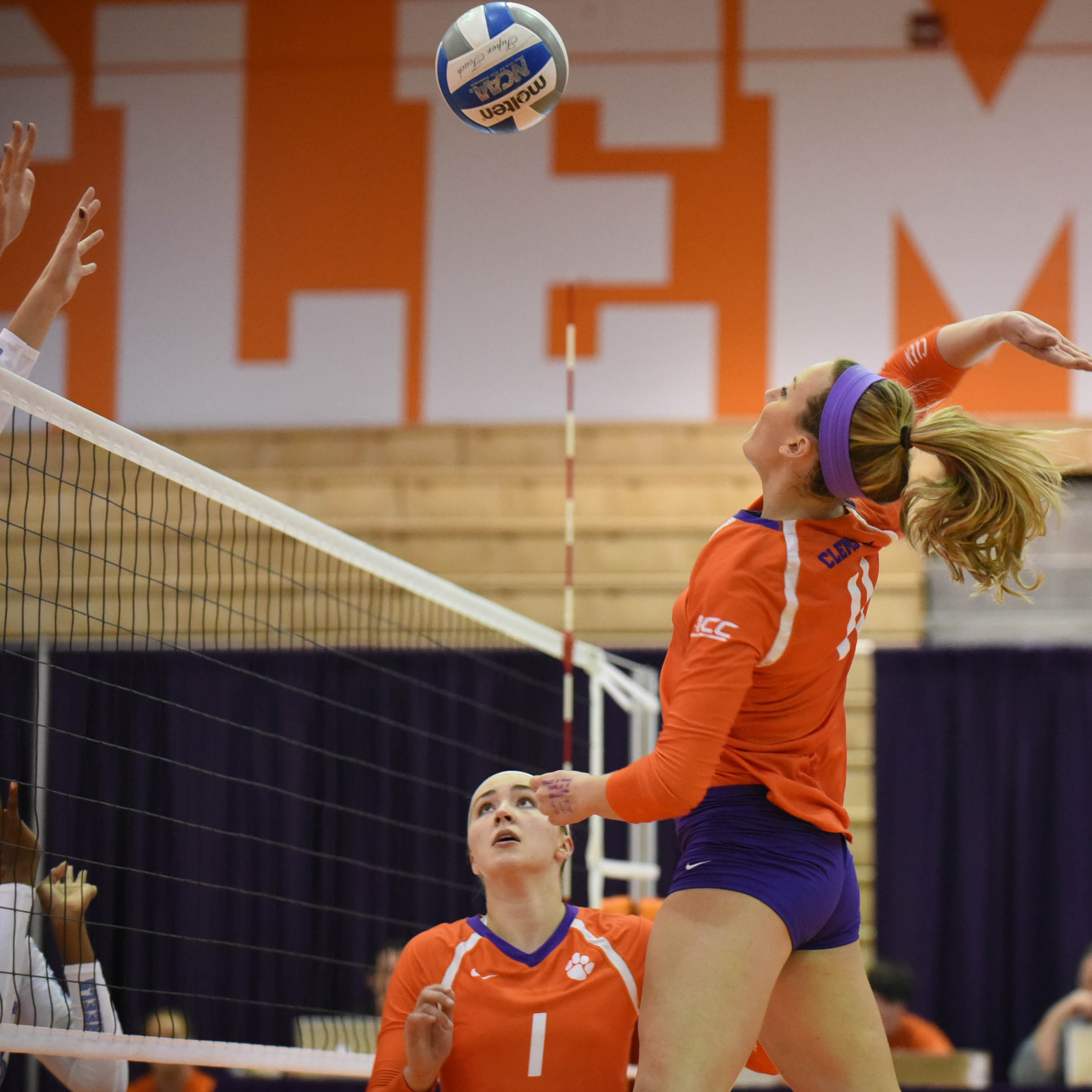 “Obviously a tough one tonight,” said head coach Hugh Hernesman. “Being down to two middles in the program with Dejhana out for the year and Jaden out sick for the weekend, we had to improvise once again- moving Leah to the middle- and really only working on that lineup for a day.”

“While Leah does a fine job there, she’s also our leading point scorer and it’s difficult to get her enough balls in the middle to impact the match like she can on the outside. That being said, we were able to execute a few things that we’ve been working on the last couple weeks against a very talented and complete team.”

Perri and McGinley finished with a team-best six kills each on Friday night with McGinley earning a .267 hitting percentage. Freshman, Tori Woogk earned five kills while Sydney Moseley tallied four in her first start on the right side this season. Freshman, Curtis dug 12 of North Carolina’s attempts to register her 14th match this season with 10 digs or more.

Clemson wraps up the weekend with a 1:00 p.m., matchup with NC State on Sunday, November 11 in Reynolds Coliseum.