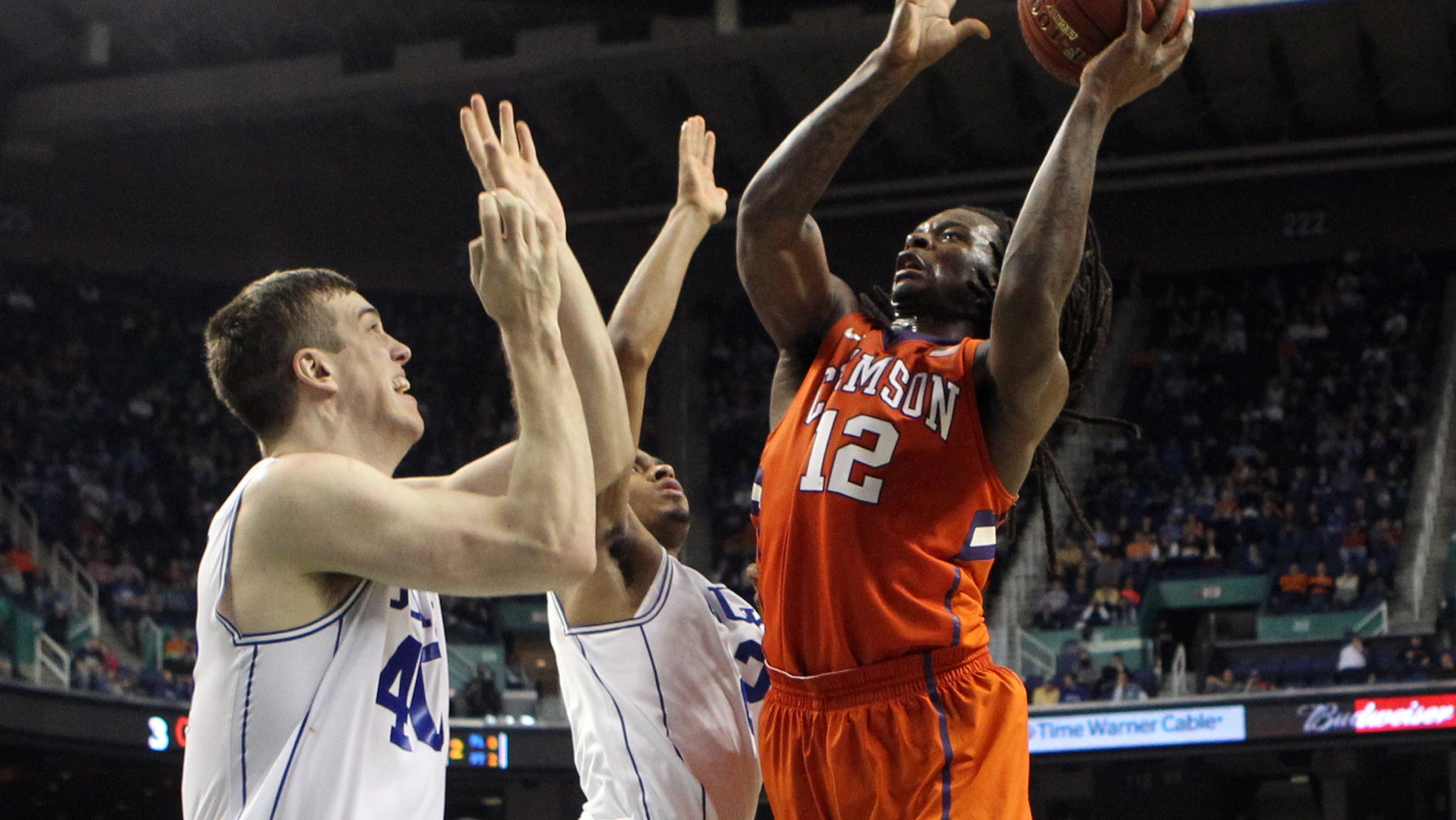 GREENSBORO, N.C. – Trailing by as much as 13 in the second half, Clemson rallied to take a lead into the final seconds of the game until Duke’s Rodney Hood made a pair of free throws with 3.8 left to give the Blue Devils a 63-62 victory in the ACC Tournament quarterfinals Friday at the Greensboro Coliseum.Rod Hall‘s field goal with 7.4 seconds left gave Clemson a 62-61 lead, but K.J. McDaniels was whistled for a foul while guarding Hood on the ensuing possession. Duke’s All-ACC player stepped up and made both, and Hall was unable to get a shot off on the final possession for the Tigers.

Clemson was attempting to rally after a halftime deficit, 29-25, for the second time in as many nights. The Tigers trailed 47-34 after a Quinn Cook three, but rattled off a 19-9 run culminating in Hall’s three with 3:48 left to put Clemson within three. Clemson shot 67 percent in the second half, was dropped the rebound battle 34-25 and surrendered a 13-6 margin on second chance scoring.Individually, four players reached double figures in the scoring column led by Hall’s 13. McDaniels added 12 in a valiant effort despite obvious shoulder pain, while Jordan Roper posted 11 and Landry Nnoko chipped in 10. Nnoko added eight rebounds and three blocks in a second straight quality outing against the Blue Devils.The Tigers, now 20-12 on the season, await their postseason fate Sunday.