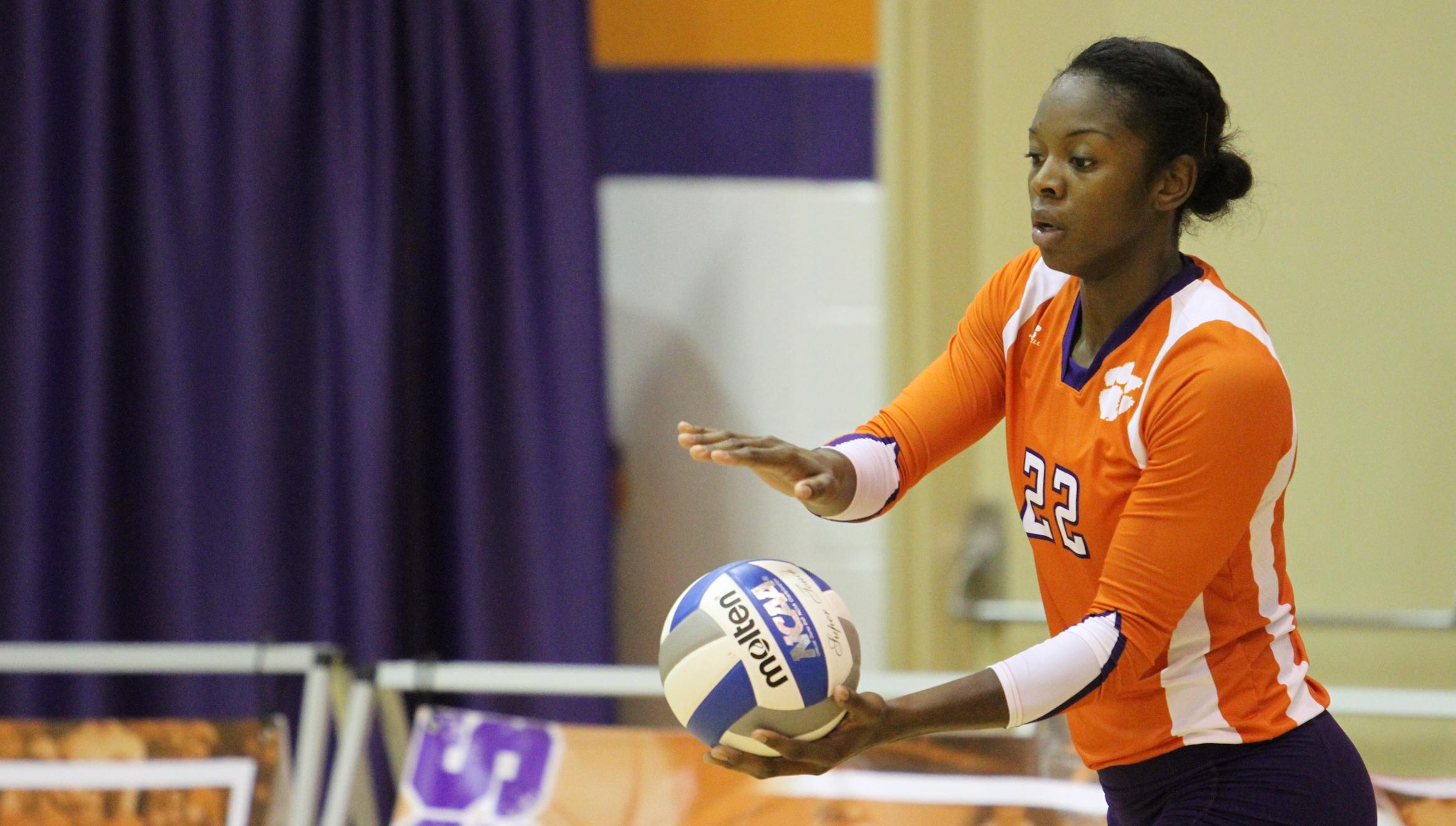 COLUMBIA, SC – The Clemson volleyball team took down Winthrop in three sets (25-15, 25-17, 25-17) on Saturday in the Volleyball Competition Facility in Columbia, SC. The match came as part of the Carolina Clash. Clemson (7-2) held Winthrop (3-6) to just .022 hitting in the match, and hit .278 behind strong front line performances from Mo Simmons, Sandra Adeleye, and Alexa Rand. Simmons led Clemson with 12 kills (12k-1e-25ta .440), while Adeleye (11k-4e-23ta .304) and Rand (9-0-10 .900) each played well in the middle.Winthrop totaled just 21 kills in the match, and no more than nine in any set. Clemson, by contrast, had no fewer than 13, which came in the first set. Winthrop was able to find success blocking, stepping in front of eight Clemson attacks, but many of those came on the outside, as the Tigers took advantage of their power in the middle. Natalie Patzin had 11 digs to lead all players, and Kamryn Sherman earned the start, dishing out 31 assists and had a team-high three aces. Simmons finished a dig shy of a double-double in leading Clemson in kills for the fifth time this season. The Tigers improved to 23-13 against the Eagles all-time. Clemson will close play in the challenge at 5:00 pm against UAB, who fell to South Carolina in four earlier Saturday morning.