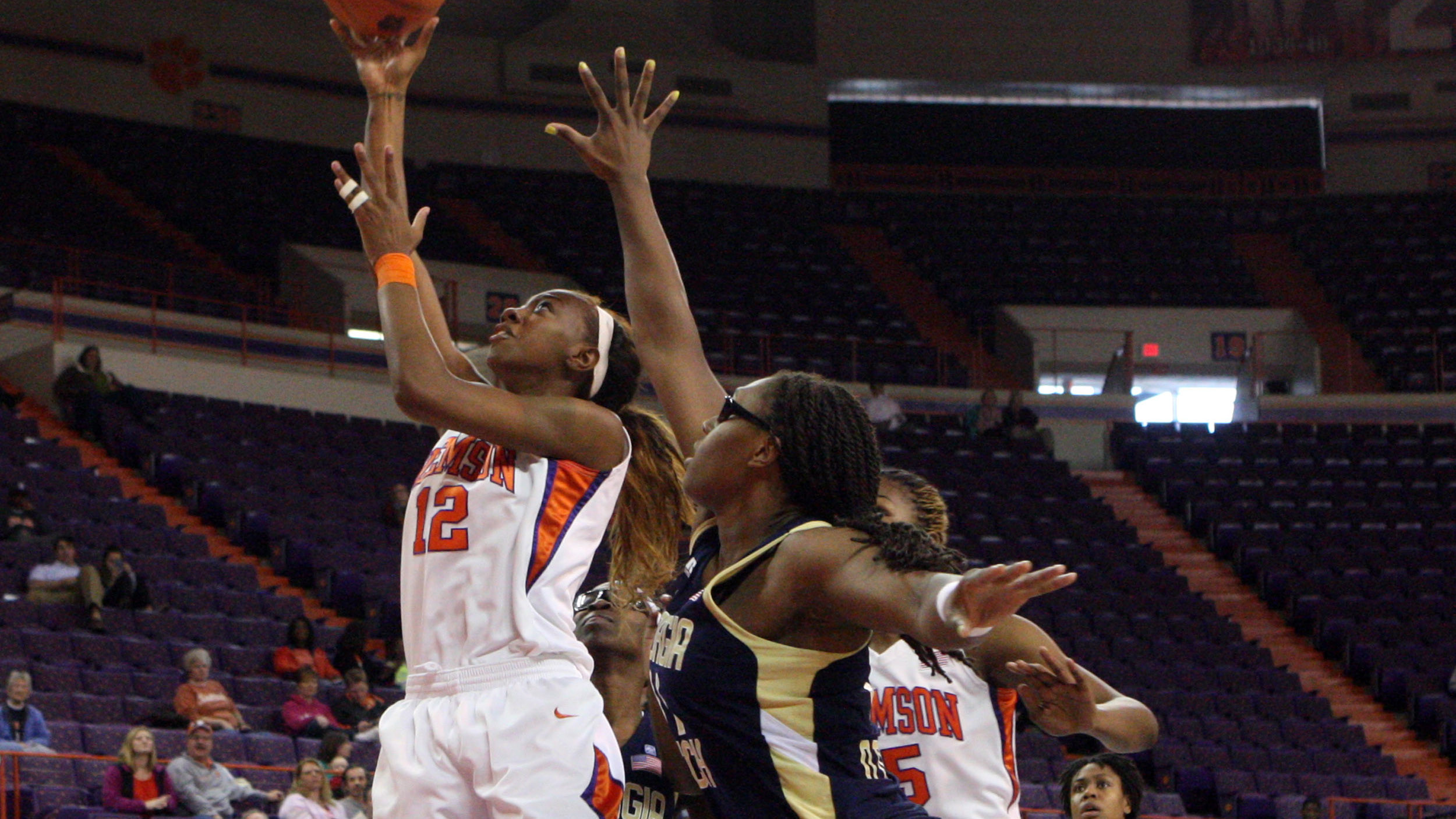 “We wanted them to shoot contested shots,” said Itoro Coleman, who improved to 2-2 against the Hokies. “We want to be led by our defense, and if we’re doing that, we give ourselves a chance.”

“We always focus on our defense,” said Coleman. “If we aren’t defending, then our offense will not follow. In the first half, we kept them to 15 points, which was a great effort. We mixed it up.”

It also gave Clemson their second straight win in Blacksburg over the Hokies, and evened the all-time series at 7-7. Quinyotta Pettaway had 14 points (7-14 FG) and eight rebounds to lead the Tigers, while Kelly Gramlich scored 11 points on 4-7 shooting, and hit a crucial three-pointer with 3:35 to play to all but put the game out of reach for the Tigers.

Clemson scored 26 points in the paint in the game, while Tech managed just 16, despite 17 offensive rebounds. The Hokies had just six second-chance points. Clemson slowed the pace of the game down, and committed just 13 turnovers. Meanwhile, they were able to turn 18 Virginia Tech miscues in 18 points.

The Tigers again dressed only seven players in the game, with each of them logging heavy minutes. Nikki Dixon had six points on 3-5 shooting, and added two steals, both of which she turned into layups at the other end. Freshman guard Aisha Turner had five assists, while Charmaine Tay had four assists and no turnovers in 35 minutes.

Both teams began slow offensively, as Clemson scored seven straight to take a 9-5 lead with 9:16 to play in the first half after a pair of Dixon layups. Clemson pushed the lead to 15-9 after a Tay free throw before Tech answered with a bucket with 5:07 to play. Pettaway then hit layups on three straight possessions to give Clemson a 21-15 lead going into half.

Clemson held Tech to the fewest points scored in a half and the lowest field goal percentage .194 (6-31) by a team this season. Virginia Tech went 0-9 from behind the arc.

Clemson stretched the lead to 10 (34-24) at the 10:30 mark after back-to-back Pettaway hoops a minute apart. Virginia Tech knocked it down to seven with seven minutes to play, but Turner hit three free throws and Gramlich hit a three to push the lead up to a game-high 13 at 42-29 with 3:35 to play. Gramlich’s shot from the left wing game in transition from Turner. Virginia Tech would not get closer than eight the rest of the way.

Next up for the Tigers is No. 20 Florida State in Tallahassee, FL. The Tigers are in the midst of a stretch where they’ll play four out of five on the road.