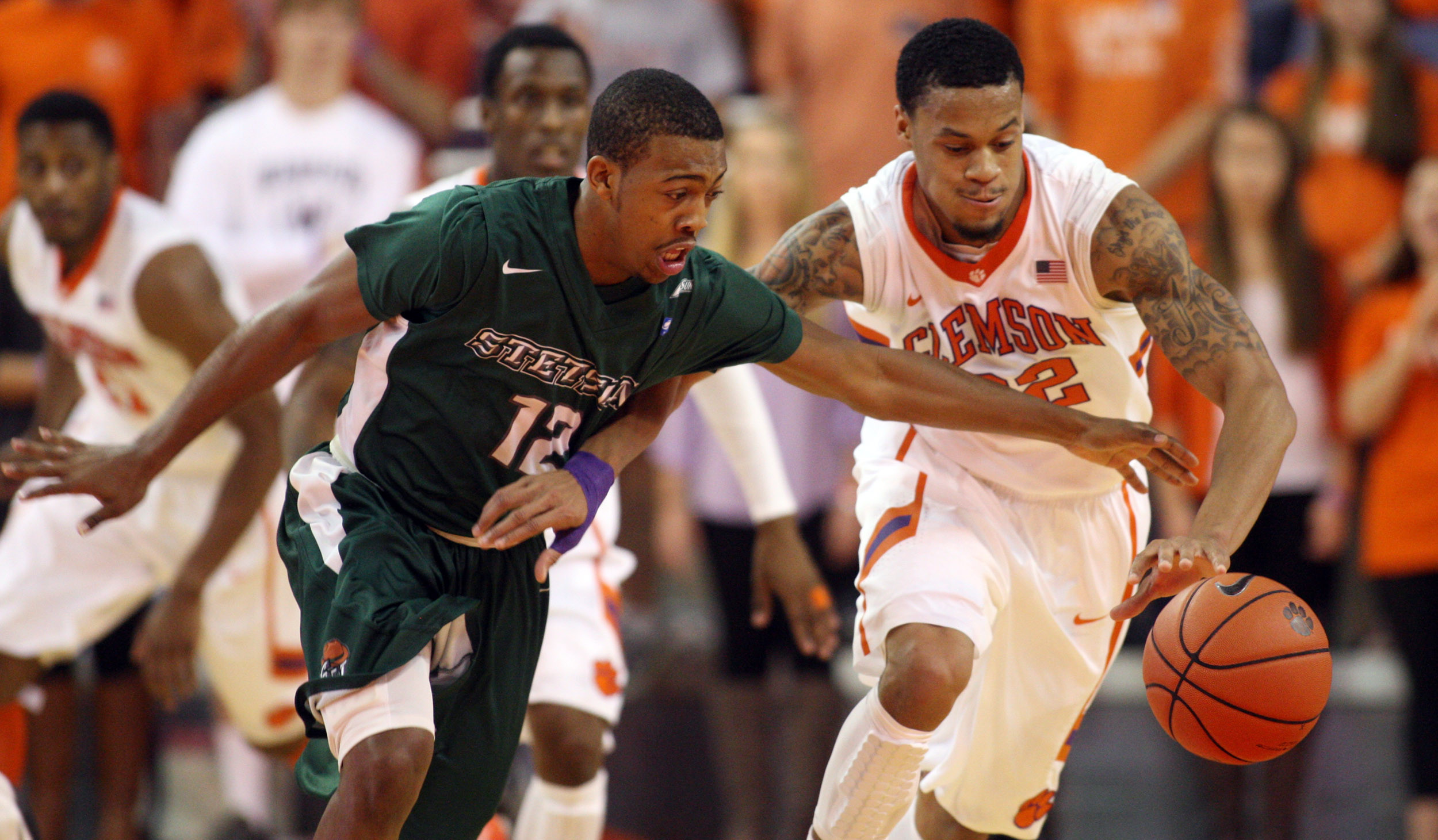 CLEMSON, SC – Clemson started fast, put together a 17-0 run midway through the opening half, and cruised to a 71-51 victory over Stetson in the season opener for both men’s basketball teams. The Tigers held the Hatters to 15 points in the first half, the lowest by a Clemson opponent since Jan. 15 of last season when Wake Forest had the same amount. Overall, it was Clemson’s 29th consecutive win in a season opener.

K.J. McDaniels scored a career-high 20 points to pace the Tiger offense on Friday. The junior out of Birmingham, AL made sure to get the Tigers off to a sizzling start, as the junior nailed his first three attempts from long range and scored Clemson’s first 11 points of the game. Rod Hall and Damarcus Harrison added 11 and 10 points, respectively, as 10 different players scored against Stetson for Brad Brownell‘s squad.

Clemson made 10-of-23 from three-point range, a 43 percent success rate. It was the most threes in a season opener by a Tiger team since the 2009-10 squad made 14 against Presbyterian.

After Jordan Roper buried a three from the right wing to put Clemson up 28-12 with under eight to play, Stetson Head Coach Corey Williams used his first timeout. The Tigers later used a 14-0 run punctuated by a pair of layups from red-shirt freshman Jaron Blossomgame, who had a solid debut in a Clemson uniform. The Tigers held the Hatters scoreless from the 9:01 mark of the opening frame until Brian Pegg converted a layup with 1:54 to go.

A three by B.J. Glasford drew Stetson to within 21 points at 53-32, but Harrison answered decisively on the other end with a three from the left wing. His basket sparked an 8-0 run, one that was countered with an 8-0 run by Stetson to make it 61-40 with 7:52 remaining. The Hatters never pulled any closer than 17 points the rest of the way.

The Tigers return to action on Wednesday, Nov. 13 at home against Delaware State. The game will tip off at 7:00 PM and will be streamed live on ESPN3.