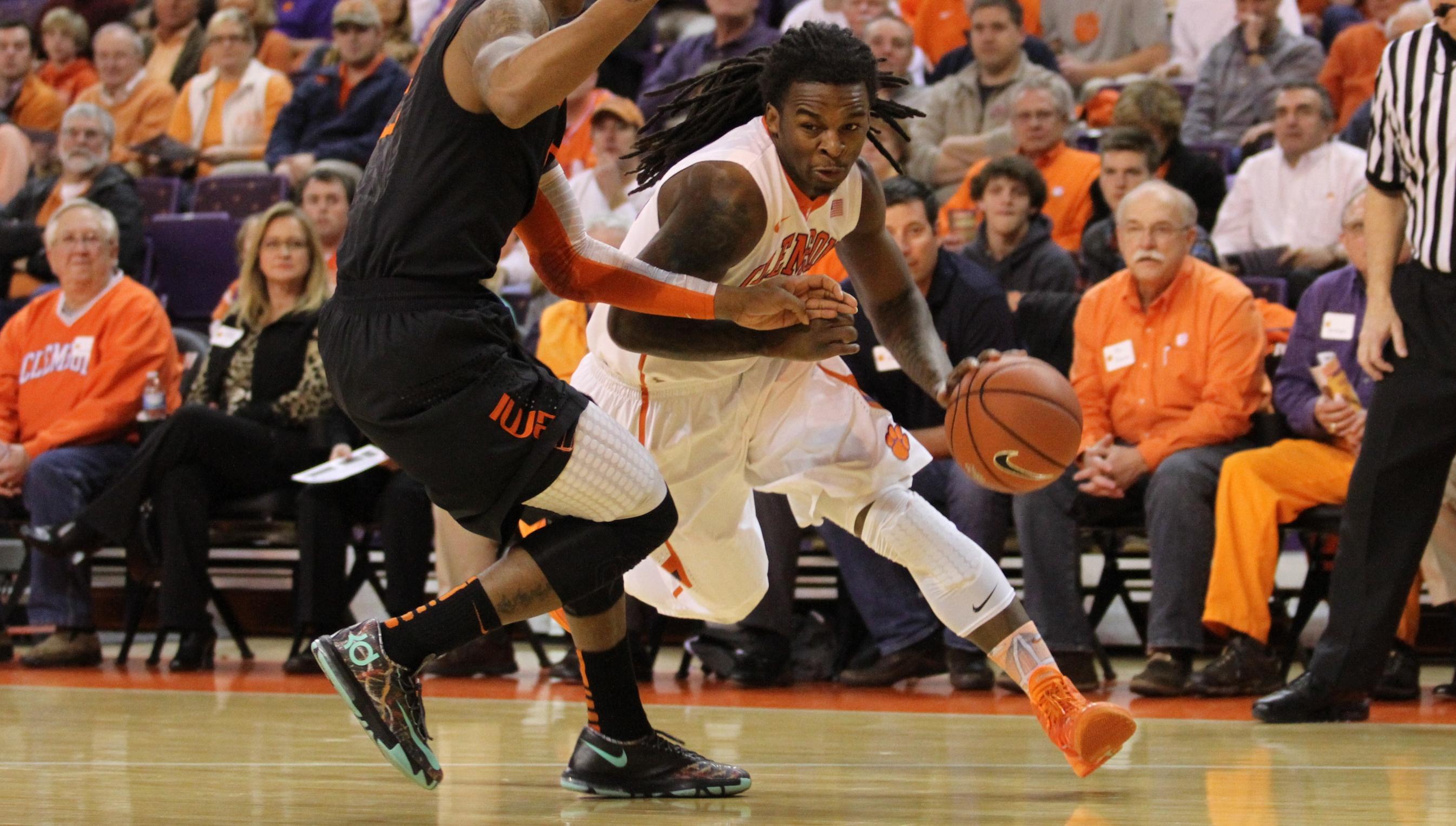 CLEMSON, SC – Clemson broke a halftime tie and committed just nine turnovers for the second straight game on its way to a 58-54 victory over Miami on Tuesday at Littlejohn Coliseum. The win, Clemson’s second in the last 48 hours, was the program’s 10th ACC win of the season – only the fourth time the Tigers have won 10 ACC games in a season. The Tigers moved to 19-10 overall and 10-7 in league play. Miami fell to 15-15, 6-11 in the ACC.

Rod Hall was a steady presence for the Tigers with 14 points and six assists, continuing a recent string of good play at the point guard position. Damarcus Harrison and K.J. McDaniels chipped in 12 apiece. It was Harrison’s fifth straight double figure effort, while McDaniels led Clemson on the boards with nine rebounds. Adonis Filer came off the bench to score all eight of his points in the second half.

Clemson shot 48 percent for the game, while the Hurricanes shot 50 percent. The Tigers won the rebound battle, 31-23. Clemson blocked six shots, right on its season average. Starting center Landry Nnoko accounted for half of the total, and blocked a crucial shot attempt in the final 40 seconds with Clemson clinging to a four-point edge.

The Tigers close out the regular season Saturday with their final conference game, a 4 p.m. matchup against Pittsburgh, who also holds a 10-7 ACC record coming into the contest.