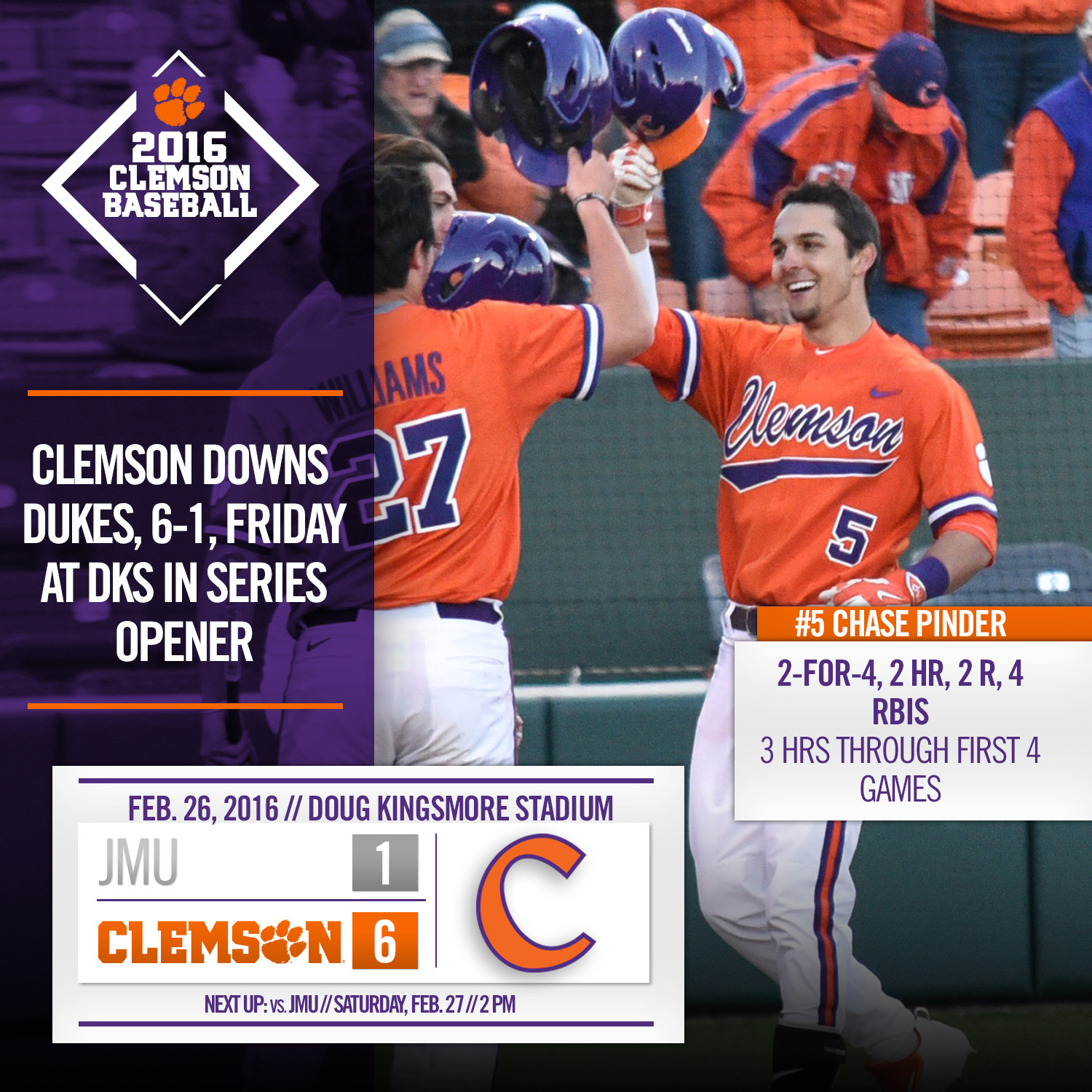 CLEMSON, S.C. – Behind three home runs, including two by Chase Pinder, and Charlie Barnes’ strong performance on the mound, Clemson defeated James Madison 6-1 at Doug Kingsmore Stadium on Friday afternoon. The Tigers, who took a 1-0 lead in the series, improved to 3-1 on the season, while the Dukes fell to 2-3.

Chris Okey gave Clemson a 1-0 lead with a homer to center, his first long ball of the year, in the second inning. Pinder’s first homer of the game was a solo shot in the fifth inning, then he belted a three-run homer down the left-field line on an 0-2 pitch in the sixth inning to give Clemson a 6-1 lead. Pinder became the first Tiger with three homers in the team’s first four games of a season since Wilson Boyd in 2008.

Sophomore lefthander Charlie Barnes (1-0) tossed 6.0 strong innings to earn the win. He gave up just two hits, one run and three walks with seven strikeouts. Alex Eubanks pitched the final 3.0 innings to record his first save as a Tiger. Duke starter Aaron Hoover (1-1) suffered the loss, as he yielded three runs on four hits in 4.0 innings pitched.

The Tigers and Dukes play game two of the three-game series on Saturday at 2 p.m., at Doug Kingsmore Stadium. Fans can purchase four tickets and a $10 concession voucher for only $30. Saturday is also Shirsey Day, as the first 250 students with a valid Clemson ID get a free 2016 Shirsey t-shirt. Live video is available for free on TigerCast at ClemsonTigers.com as well.