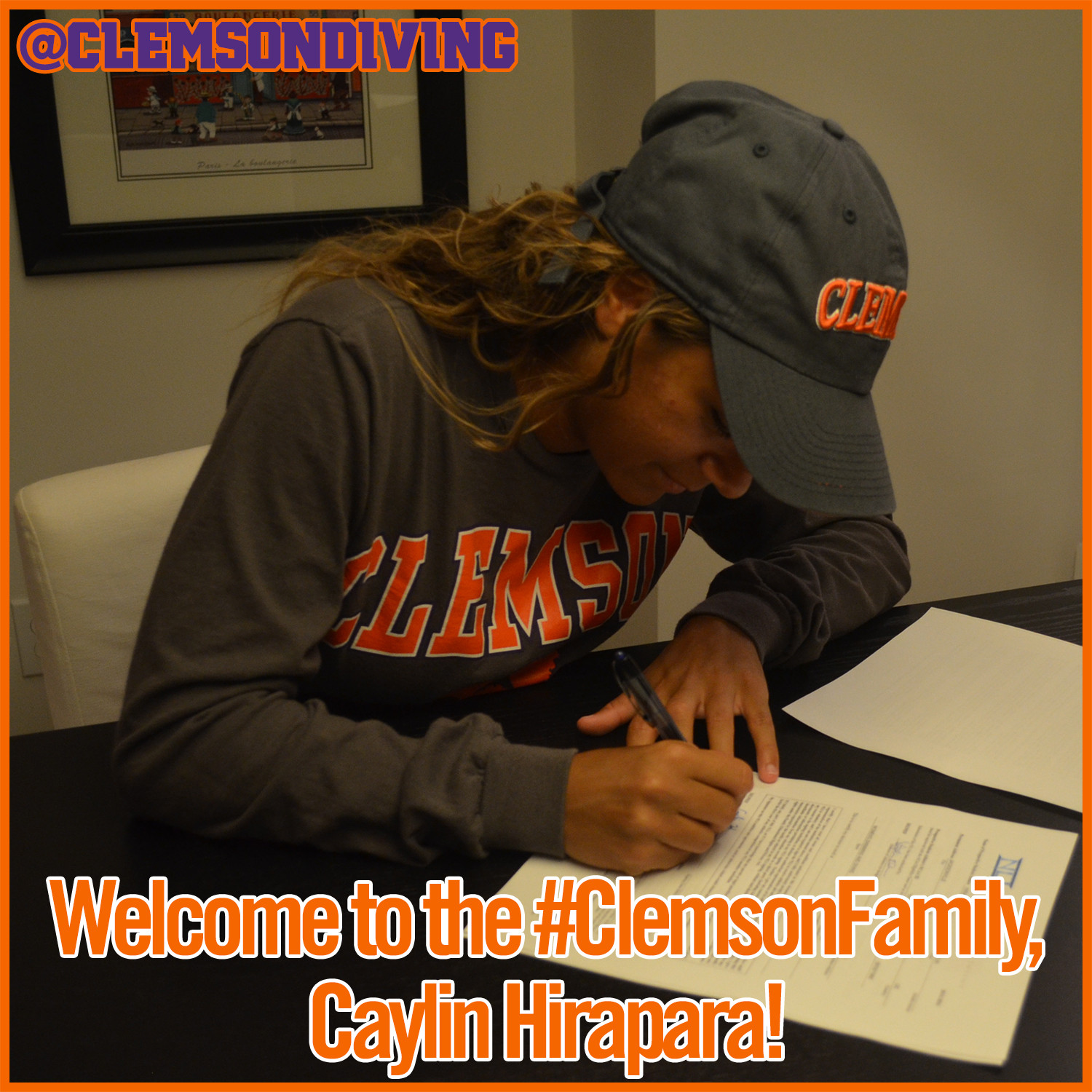 CLEMSON, S.C. – The Clemson diving program added a fourth member to its 2015-16 class during the April signing period. Caylin Hirapara, a native of Jacksonville, Fla., joins Sarah Blank, Jaya Brown and Erin Lee, who signed with the Tigers in November of 2014, on Head Coach Leslie Hasselbach Adams’ team beginning in the fall of 2015.

Hirapara currently lives in Boca Raton, Fla., where she dives for the Boca Diving Club under coach Michelle Sandelin. She has competed in several AAU National Championship meets and has qualified for USA Diving Zone championship meets on multiple occasions. Hirapara was a qualified for the Florida High School State meet in both diving and swimming. Her mother, Cary, swam collegiately for Florida Atlantic, and was Caylin’s swimming coach.

Adams on Hirapara:“I am thrilled that Caylin has officially become a Tiger! She is an impressive young lady personally, academically and athletically. Caylin is intrinsically motivated and is determined to be her best at anything she puts her mind and effort towards. I look forward to her coming in and making an immediate impact.”