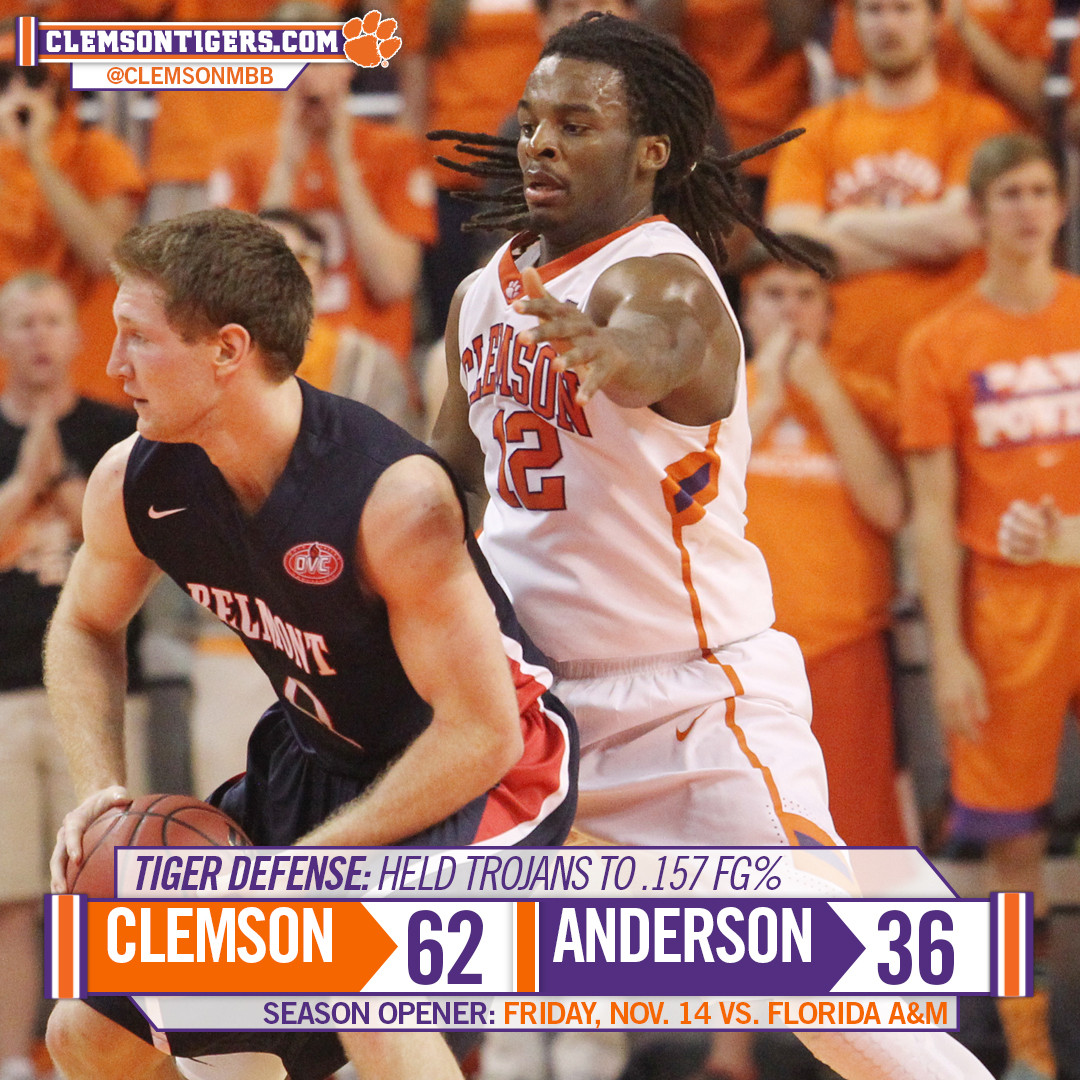 CLEMSON, S.C. — The men’s basketball team held Anderson to just eight field goals and a .157 shooting percentage in Clemson’s 62-36 exhibition victory in Littlejohn Coliseum on Saturday. The Tigers held the Trojans without a field goal for a 16:37 stretch that spanned the break, and saw the defense force 19 straight misses.

Senior guard Rod Hall and junior Jordan Roper each tallied 12 points in the win, which included two three-pointers for each player. At one point, Hall scored nine straight points for the Tigers, burying a pair of three-pointers and completing a tradition three-point play, keying a run that ended in a 24-point advantage for the Tigers.

Jaron Blossomgame had nine points and a game-high 13 rebounds, while Landry Nnoko had seven points and eight boards. Clemson finished plus-14 on the glass, and scored 17 second chance points on 21 offensive boards.

The Tigers overcame a bit of a slow start, heating up significantly toward the final 10 minutes of the opening half of play. Roper reached double figures on his second made three-pointer late in the half, and Damarcus Harrison put an exclamation point on the 17-1 run with a 30-foot shot that beat the final buzzer.

In the second, Clemson actually missed its first 15 shot attempts until Nnoko converted a layup inside with under seven minutes to play. The basket opened wide from that point, as Hall sprung to life with a pair of three-point goals to stretch the advantage.

The Tigers open the regular season Friday, Nov. 14 against Florida A&M in a 7 p.m. tipoff from Littlejohn. Tickets are available by calling 1-800-CLEMSON or ordering online at ClemsonTigers.com.